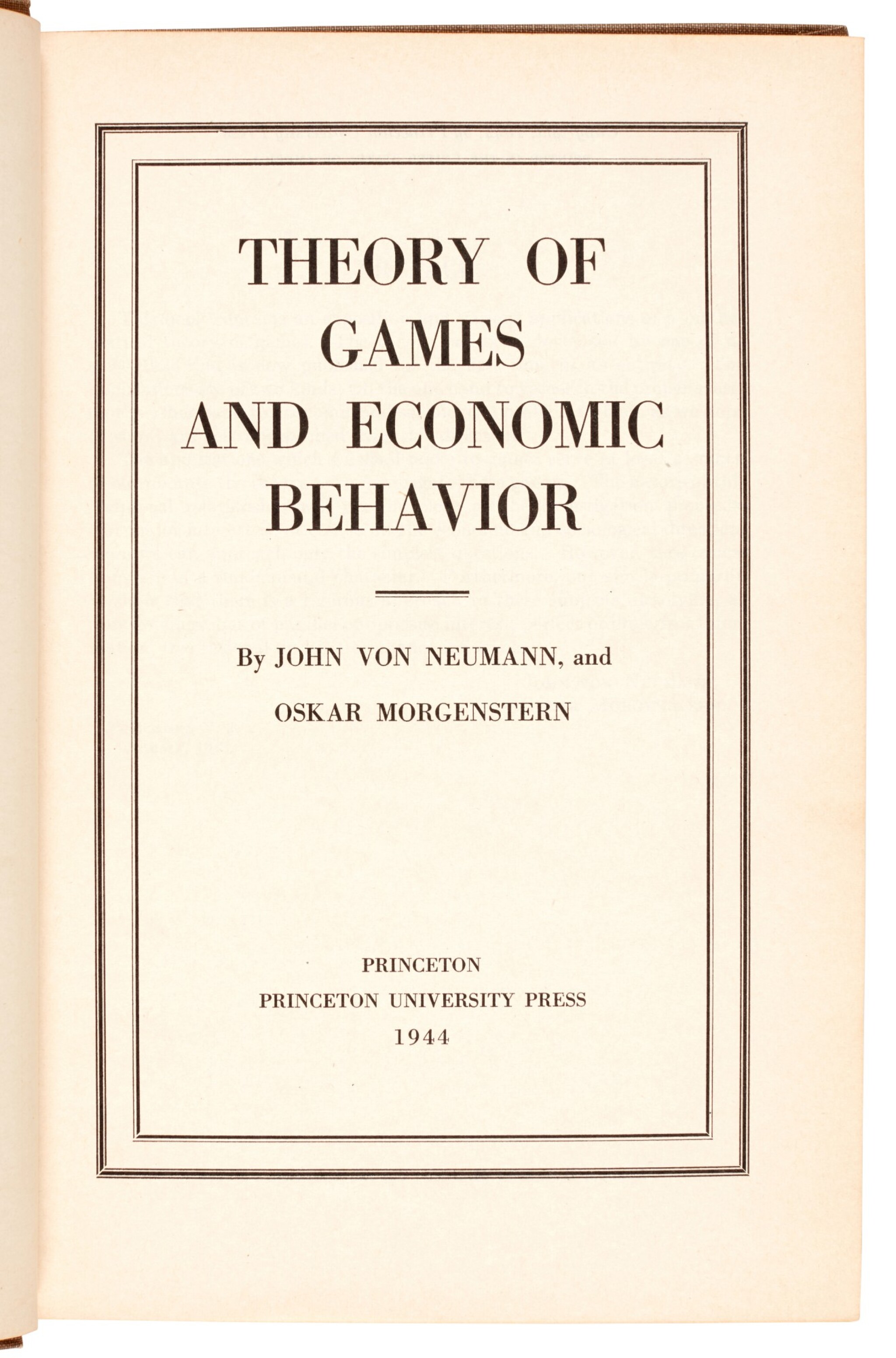 FIRST EDITION OF THE GROUND-BREAKING WORK OUTLINING A MATHEMATICAL THEORY OF GAMES AND SOCIAL BEHAVIOUR, leading to the creation of modern game theory studying the ways in which strategic interactions among rational players produce outcomes with respect to the players' preferences, but not always with outcomes intended by any of them.

Game theory subsequently revolutionised economics and scientific inquiry into a whole host of phenomena, and was most famously embraced by the American think tank the RAND Corporation, charged with formulating military strategy for the atomic age. It led to the momentous discovery by RAND scientists in 1950 of the so-called "prisoner's dilemma", a mind-bending game in which two or more people may betray the common good for individual gain.