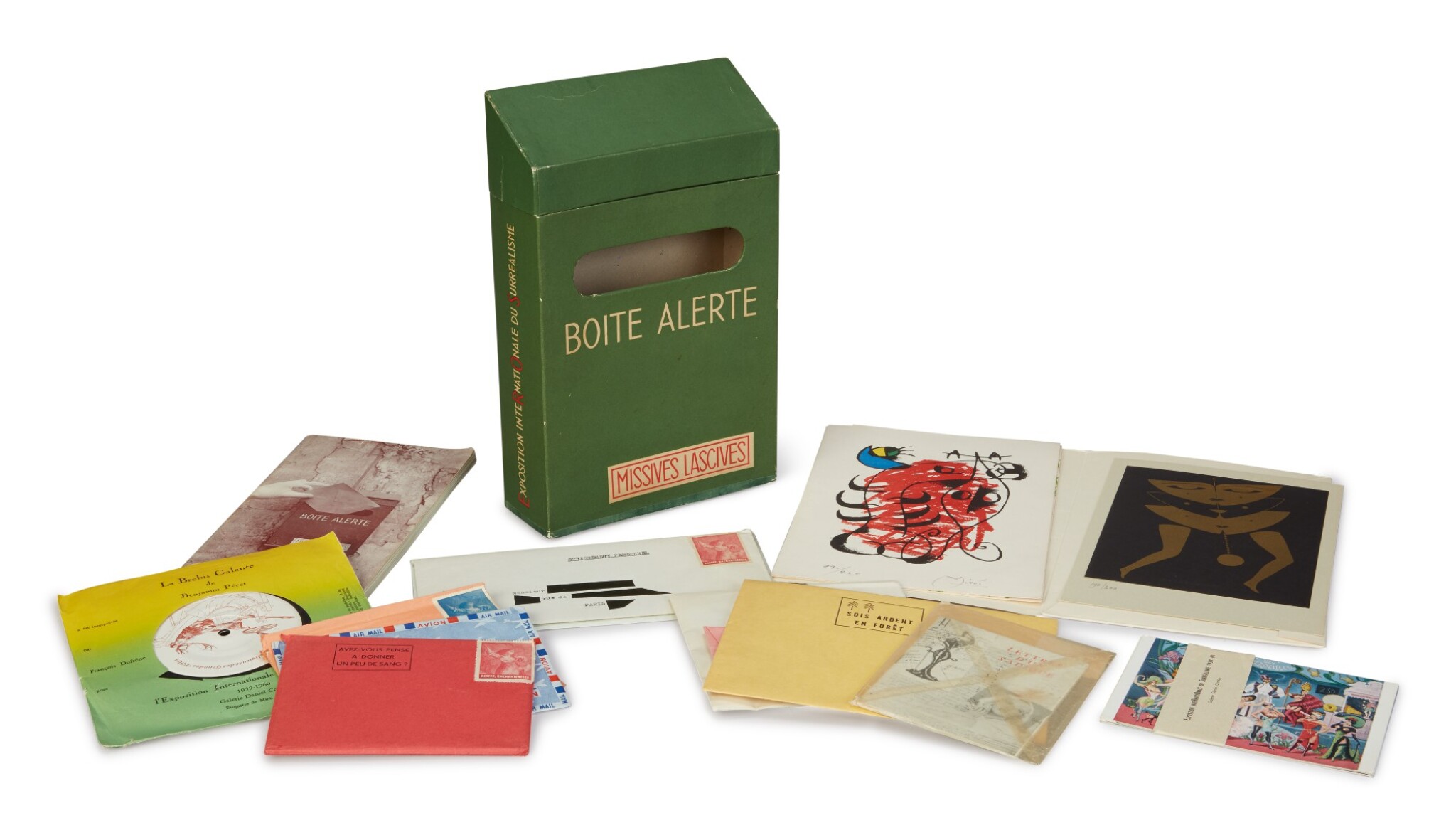 A collection of letters, objects, original prints, and a paperback exhibition catalogue, housed in a cardboard box (11 x 7 ½ x 2 ¾ in.; 278 x 190 x 70 mm) covered with green paper, removable top; some wear at edges and corners.

Number 190 of 200 (of a whole edition of 230) of the most inventive exhibition catalogue/swag bag ever produced. Although André Breton and Marcel Duchamp originated the idea of this exhibition and catalogue, much of the credit for the fulfilment and execution of this project belongs to Canadian artist Mimi Parent. Breton wrote in August 1959, "Concerning the green box which Mimi has had the happy idea of and for which she has produced a maquette, I imagine no one will raise any objection to its production." The exhibition opened in December 1959 at Galerie Daniel Cordier.

The following items are to be found in the Boite alerte:

Catalogue of the exhibition.

A telegram on pink paper by Marcel Duchamp writing as Rrose Sélavy to André Breton — A vinyl 45 rpm two-sided record with recordings of poems by Joyce Mansour and Benjamin Peret — 6 color postcards of works by Bellmer, Dali, Gorky, Miro, Svanberg, and Clovis Trouille.