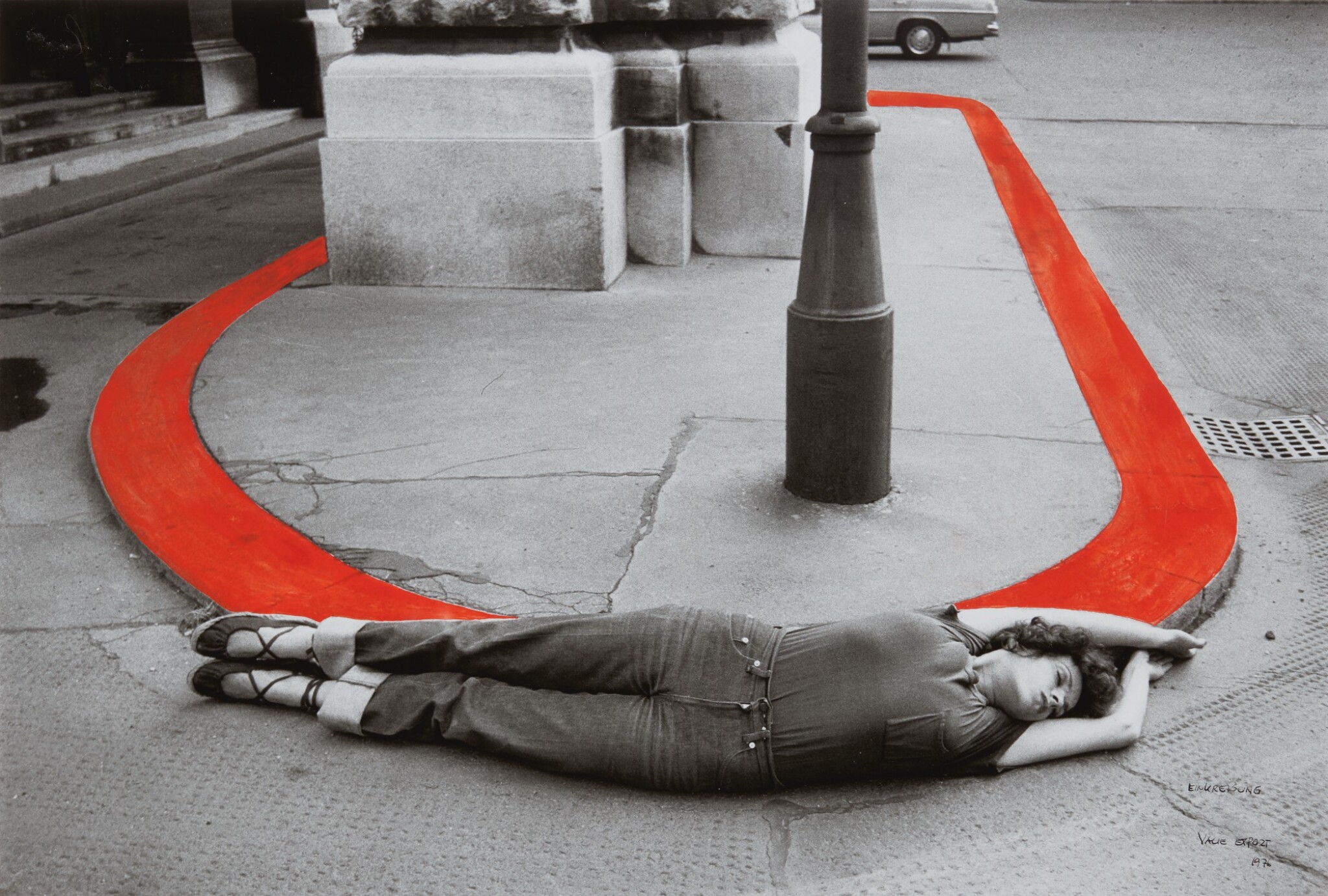 unique gelatin silver print with red paint, signed, titled, and dated in ink on the image, framed, a Walker Art Center exhibition label on the reverse, 1976

This unique photograph, on glossy paper, is in generally excellent condition. Upon extremely close inspection in raking light, the following are visible: a tiny impression and 2 minuscule spots of silvering in the upper left quadrant; and intermittent silvering along the extreme upper edge. There is a gentle ripple in a few spots along the edges where it is hinged on the reverse.

The board to which this photograph is hinged is likely original. It is abraded in a strip near the lower edge.

Los Angeles, Hammer Museum at the University of California, February - May 2004