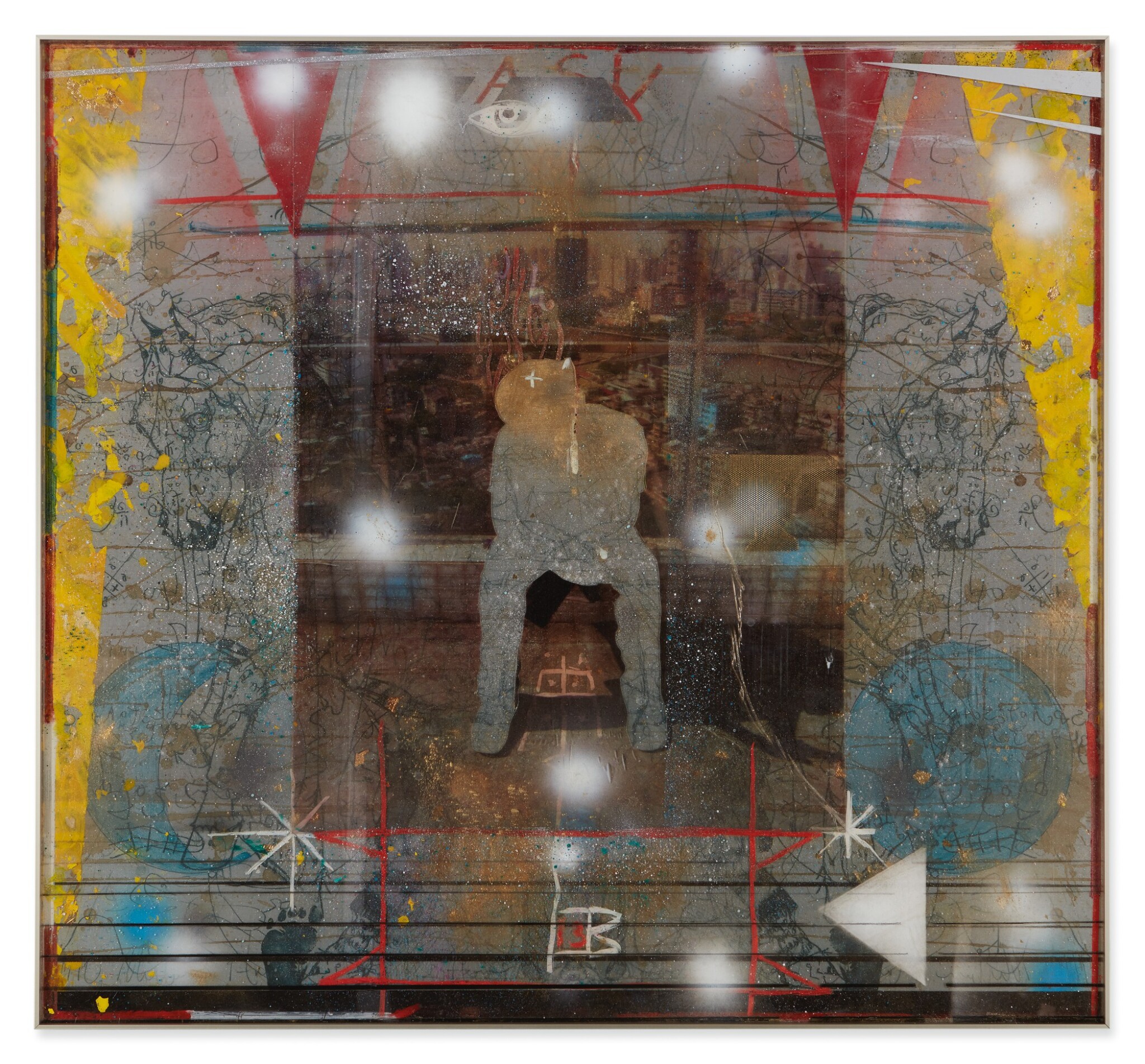 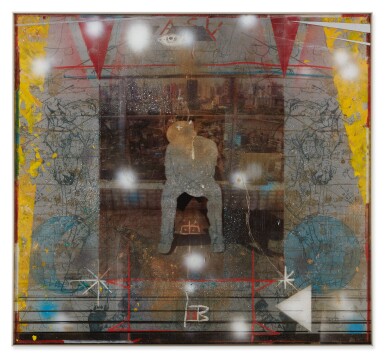 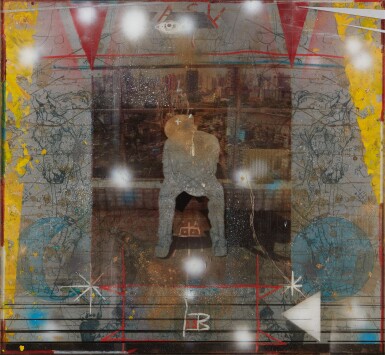 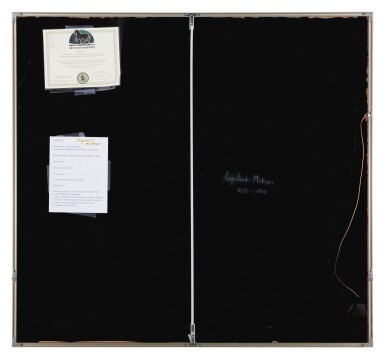 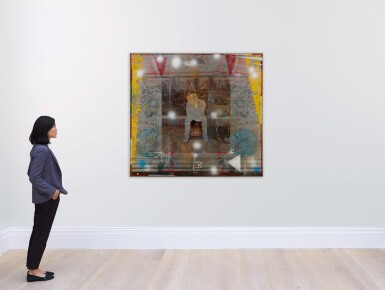 This work is in excellent and sound condition overall. All elements are present and stable. Please note that the artist's frame is an integral part of this work and the work should not be unframed. Framed under Plexiglas.

“ I think that race is something far more abstract than we can even understand. It’s not about black or white, it’s more about which archetypes you choose to align yourself. Essentially, I’m dealing with alchemy, religion, ritual, and science. I mean, there is a scientific element to what I am doing in these works and yet they still create beauty. The process is actually alive. The M- Windows are made up of a series of recorded actions and all of those actions are present inside the form. They are an attempt to capture and employ the equation of time-memory-moment. Every memory is just an intervention in the conversation overheard in the street, the sound of the ocean, or a tornado siren. The M-Windos explore that notion and suggest multi- dimensionality and the possibility for teleportation. Layered within the frame are images forged from the matter of industry: coal, glass, oil, tar, mirrors, mud, gold dust… elements that often represent destruction, yet eternity. The creation of the M-Windows is an order of various actions that create visions, almost a way of recalling archetypal memories, and these memories are the source of the forms that my hands conjure. It’s important to realize that memories are not ever truly our own, they are profound moments in a matrix of time. I think that we can maybe use them to fold time and write new history.. Ask God and the M-Windows are an investigation into that possibility.

ASK GOD is an image of a horse I created burnt into aluminum with two sheets of glass layers in front of the metal. Horses came to me as angels years back in a recurring dream while working out of my Houston studio off Washington in the late 90s. They became the core of a series called God’s Train, featured later in the Holy Love Tour. New York artist Rene Lopez created a song by the same name which was featured in the show in Atlanta at Sandler Hudson Gallery. This M-Window also has love in the form of a human foot (lower left) and others bodies and messages throughout. The glass has an image of my time in China and original paint. I’ve experimented with metals for most of my career. M-Windows started from my multilayered work with wood and later mirrors. “