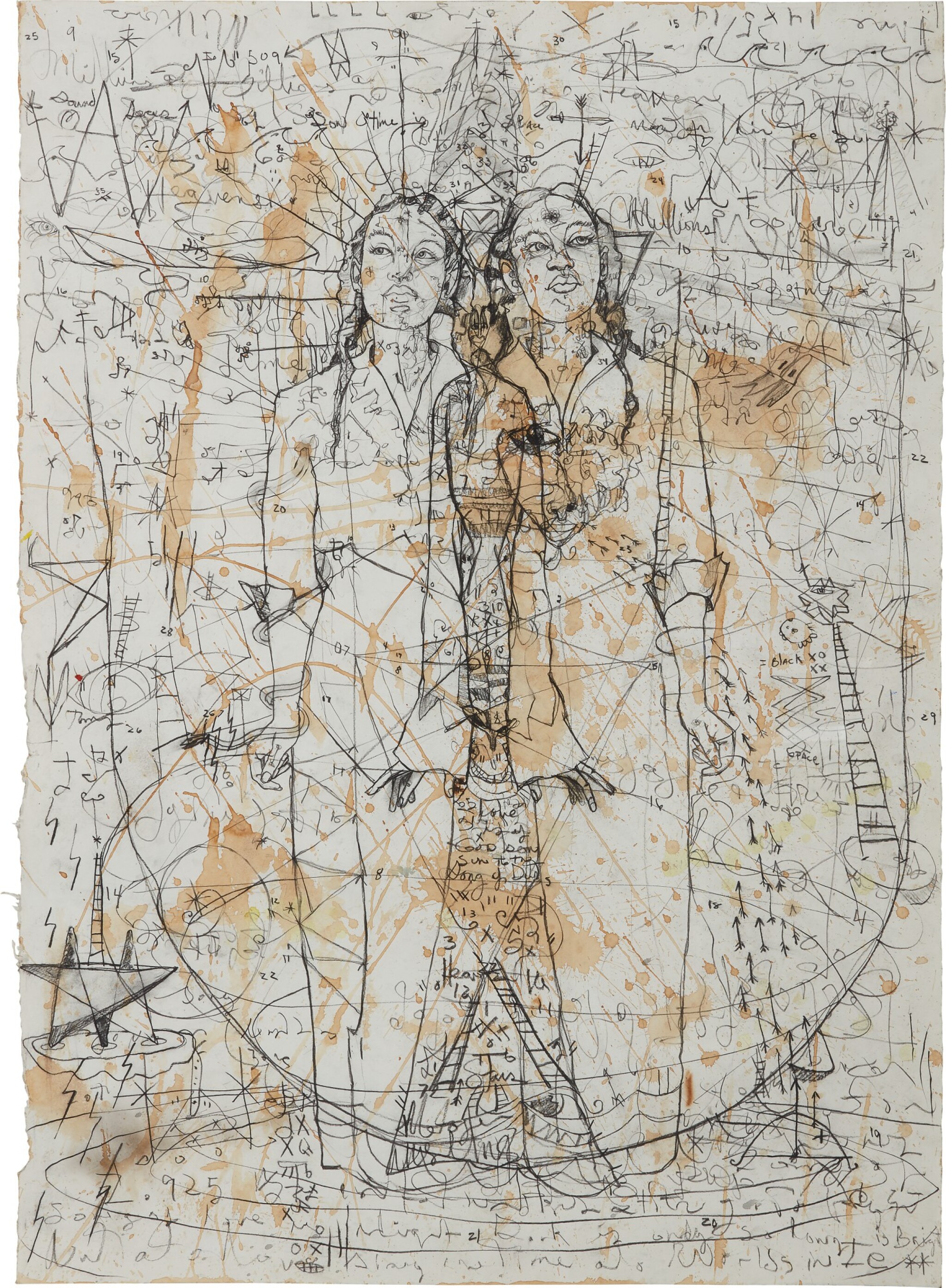 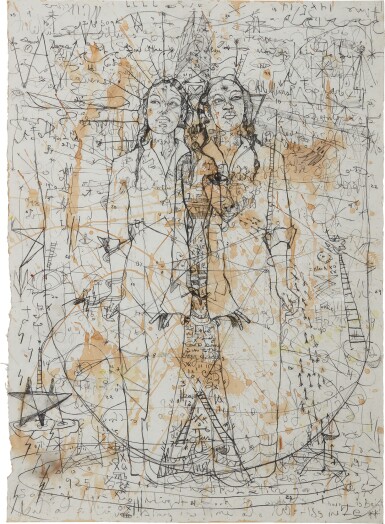 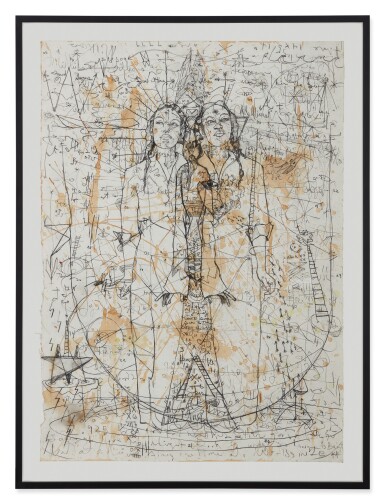 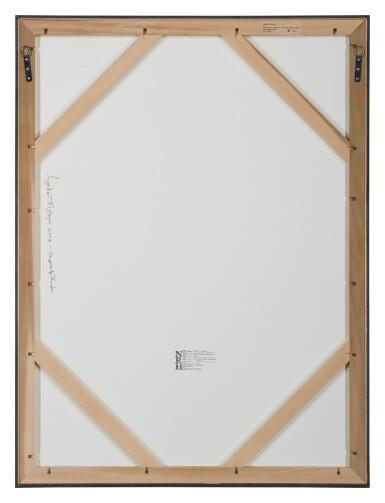 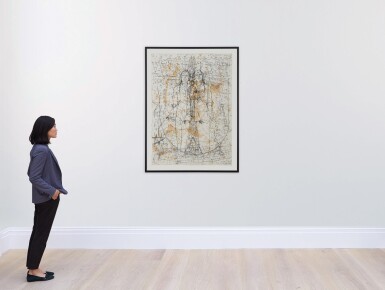 signed, titled and dated 2003 on the backing board

This work is in very good condition overall. The sheet is hinged at the upper corners of the reverse to the backing board. The left and right edges of the sheet are deckled. There are artist pinholes in each of the four corners of the sheet. There is slight wear along the edges, potentially inherent to the artist's working method. There is slight undulation to the sheet, visible upon close inspection. Framed under Plexiglas.

Dallas, African American Museum of Dallas, A New World with its Own Vocabulary, March - June 2006

"The wisdom archetype, “Wisdom was a Goddess that ancient God made, she was part of his master plan in the end, she became the sky and the stars.” Women are goddesses and wisdom; they are stars in the universe. Multiple ladders represent a treacherous pathway to the elusive star. New York City is a galaxy with stars present and more arising.

The woman in this drawing is optimistic, she is looking up and away, always thinking about her future grounded in her present state. This becomes a relationship in thinking about time, memory and moment. I hope the viewer contemplates these three concepts as the drawing is viewed. As in most twin drawings, there’s a third person emerging between focus. As said, the ladder to the viewer's right is indicative of the journey we take together to eternity, resembling our reach for heaven. The arrows which are in a few of my drawings act as memoirs and marking moments in an automatic marking procedure.

Daughters of Thunder was first shown in the show Dark Energy Splitting the Universe in NYC at Paul Rogers/9W in 2003. In those days I lived on Orchard Street in NYC and drew all night. Surrounded by other creative musicians and friends of various careers, we all moved forward together through the conscious and subconscious.  Many of the people in our space would appear in the work in their likeness or their narrative. Their character became part of the paintings and drawings. The music of that moment in which we created our memories, the conversations of creativity, and the shedding together, to let in.

This show was primarily drawings of humans, animals, and insects. The images were created from dreams and vision seeking alternatives. The ”Daughters” in this drawing were of a woman I drew often. When I draw, my attempt is to interpret what is seen in the world and tend to it similar to a gardener. These designs exist in nature and build a mindset to create through drawing.

With this series there was an attempt to make a hypercube as a talisman, much like improvisation within jazz and other music forms, I drew free of form as opposed to painting.

During this time in my life, working between Houston and NYC, I was primarily drawing, painting, making videos, and creating experimental sound works. The art is meant to be viewed as they were made - with intuition, a rhythm, and a call to your subconscious.

In 2003, the Series featuring Daughters of Thunder was originally called Babies Walk on Water - Ancient Infinity Angel Series which was intended to be the beginning of a culture of new guardians in the form of humans, animals and insects. My intention was to show each living being had a sensitivity and reason to contribute. Each substance --the coffee and teas used to dye the paper -- could be a contribution to art and each creature a contribution to our life flow.

Later, like twins, the series became two. Babies Walk on Water, along with the birth of my son, was launched as a solo Houston show with drawings of babies in 2012. The 2003 drawings became part of the amended Ancient Infinity Angel Series. I've been liberal in changing or adding names in my work as time and reworking the art occurs.

An early Afrofuturistic view to success in life was goodness. Goodness through mediation, learning, action, human interactions and telling the story. Each drawing from the Ancient Infinity Angel Series tells a complex story. "