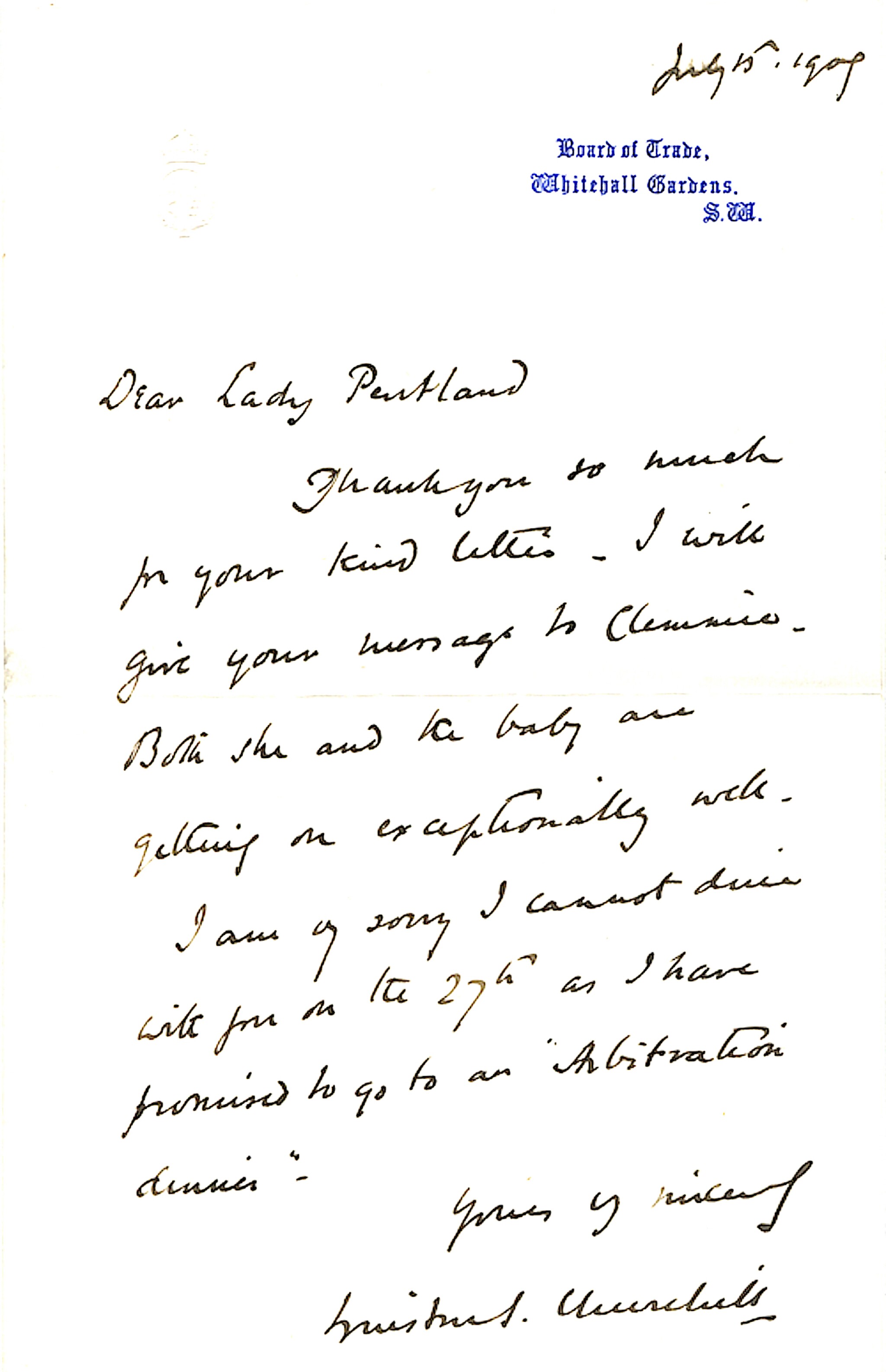 "Dear Lady Pentland[,] Thank you so much for your kind letter. I will give your message to Clemmie. Both she and the baby are getting on exceptionally well. I am very sorry I cannot dine with you on the 27th as I have promised to go to an ‘Arbitration dinner.’ Yours very sincerely, Winston S. Churchill."

Churchill’s tenure at the Board of Trade, after his appointment by Prime Minister Asquith in April of 1908, was one of the most progressive in British history. It also encompassed his wedding to Clementine Hozier in September 1908. Working in partnership with his new friend and inspiration, the Chancellor of the Exchequer David Lloyd George, Churchill implemented an unprecedented program of radical reforms on behalf of the unemployed, the disenfranchised, and the needy. He also was attacked publicly at this time by radical suffragettes, whose methods he disapproved of far more than he did their cause. Lady Marjorie Pentland was a leading hostess of the Liberal Party and an avowed suffragette. The only child of Lord and Lady Aberdeen of Scotland, she married Captain John Sinclair, her father’s former Aide-de-Camp, in 1904. Her husband was a popular Liberal Party politician, who served as Parliamentary Secretary to the future Prime Minister Henry Campbell Bannerman for many years. He was created Baron Pentland of Lyth, Caithnessshire in February of 1909.

The note, on a single folded sheet, is in extraordinarily fresh condition.