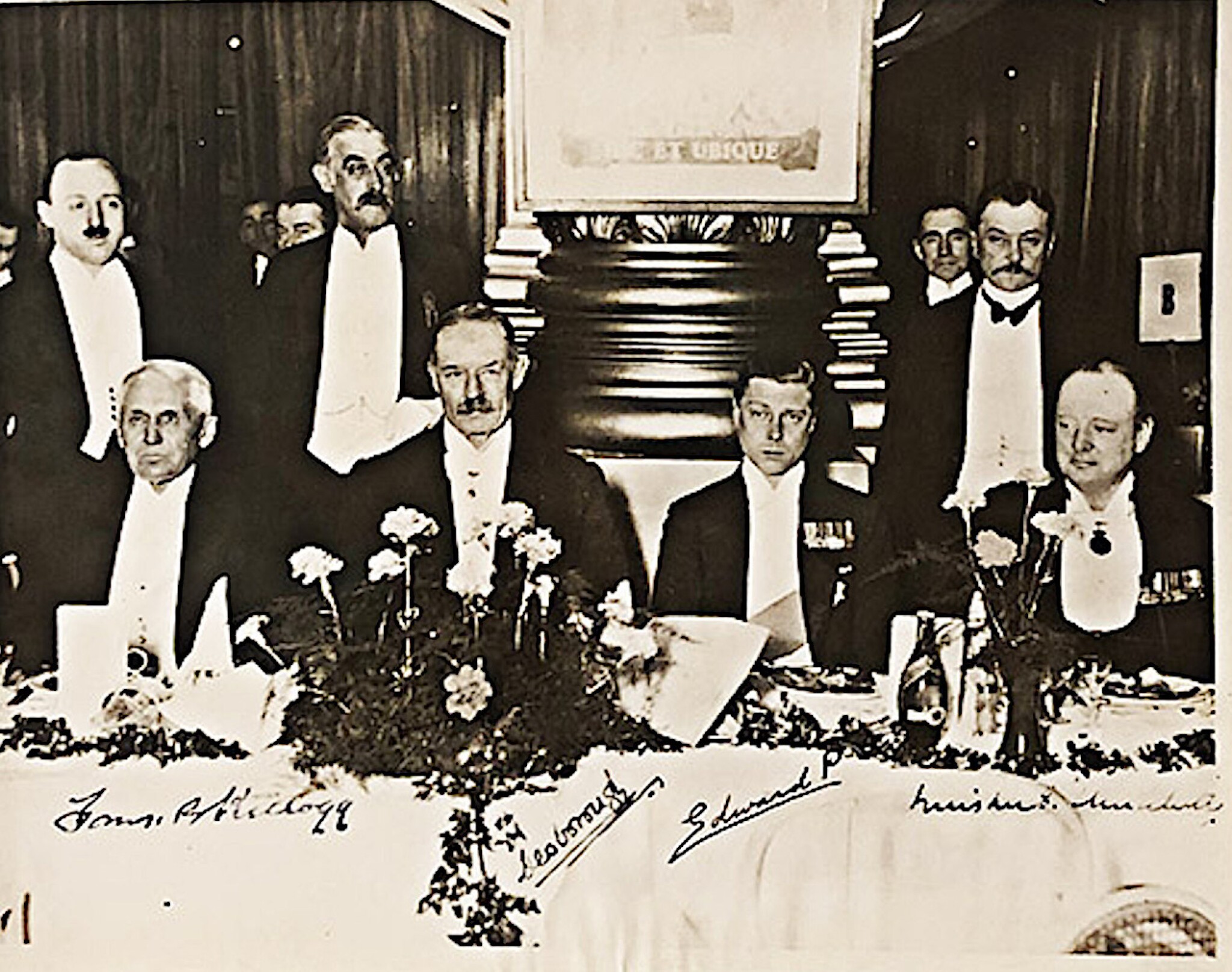 Vintage black and white photograph, signed by Churchill and Edward, Prince of Wales, 1925

A REMARKABLE IMAGE OF WINSTON CHURCHILL AND EDWARD VIII, SIGNED BY EACH

The present image was taken on the 28th of February 1925, at a farewell dinner for Frank Kellogg, retiring American Ambassador to Great Britain, at London’s Hotel Victoria. The photograph is also signed by Ambassador Charles Kellogg (far left), who served as U.S. Ambassador for one year (1924-1925), and William Grenfell, Baron Desborough (middle), all seated side-by-side at a banquet table.

The dinner was convened by The Pilgrims of Great Britain society, whose motto appears on a framed sign behind the table: “Hic et Ubique” (“Here and Everywhere”). The Pilgrims society was founded in 1902 “to promote good-will, good-fellowship, and everlasting peace between the United States and Great Britain.” Winston Churchill was serving as Chancellor of the Exchequer to Conservative Prime Minister Stanley Baldwin at the time of this photograph. Baron Desborough was an athlete of renown in Great Britain, as well as a politician, and the president of the Pilgrims society. His wife, known as “Ettie,” was one of England’s great society hostesses, a leading figure in the social group “The Souls,” entertaining luminaries at their country house, Taplow Court, such as H.G. Wells, Vita Sackville-West, Oscar Wilde, and, of course, the Prince of Wales and Winston Churchill. The couple lost two sons in the trenches during World War I, including Julian Grenfell, a noted war poet.

The Prince of Wales would ascend to the throne upon the death of his father, King George V, in January 1936. He and Winston Churchill were longtime friends. Churchill almost destroyed his own political career attempting to ward off abdication and save Edward’s crown. In the end, he failed. Edward VIII renounced the throne on December 9, 1936 to marry his commoner love, Wallis Warfield Simpson.