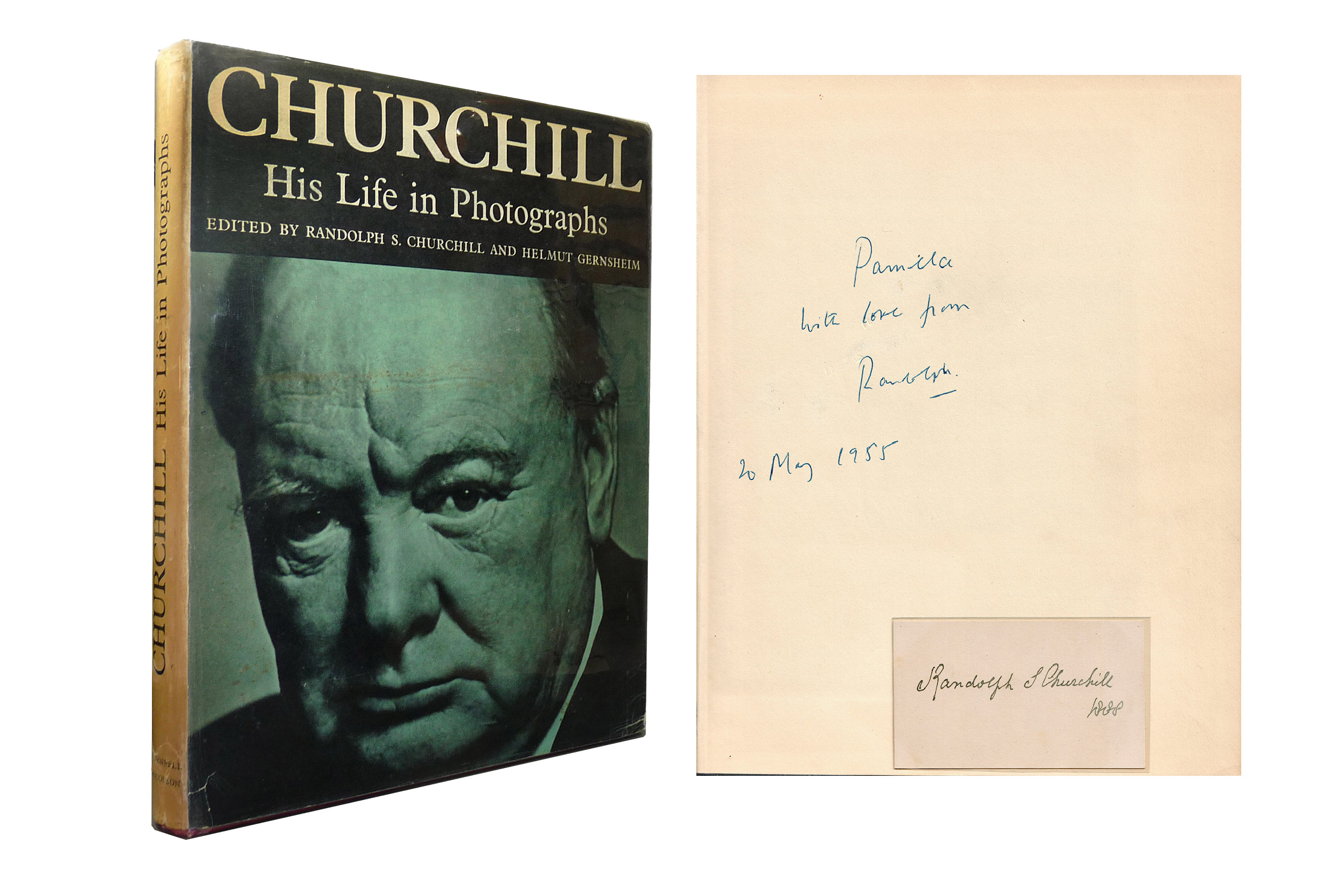 The very first Churchill photobiography and an excellent one, with illuminating captions by Winston’s son, Randolph. Pamela Digby Churchill Heyward Harriman, the British-born daughter of the 11th Baron Digby, was the wartime bride of Churchill’s son, Randolph, and the mother of Winston Churchill’s first grandson. Divorced from Randolph in 1946, she was notorious for her affairs with prominent and wealthy men, including Edward R. Murrow, Averell Harriman, William Paley and John Hay "Jock" Whitney (during the war); Prince Aly Khan, Alfonso de Portago, Gianni Agnelli and Baron Elie de Rothschild (after). She married the Broadway producer, Leland Heyward in 1960 and then, after his death, resumed her relationship with the 79-year-old Harriman, finally marrying him in 1971. Their marriage brought her into the political social life of Washington, D.C., which led, after Harriman’s death, to her being named U.S. Ambassador to France by President Clinton in 1993. She died in Paris in 1997. Her epitaph was essentially written by her former lover, the media magnate William Paley, who called Harriman, “the greatest courtesan of the century.” Winston Churchill adored her, but strictly platonically.