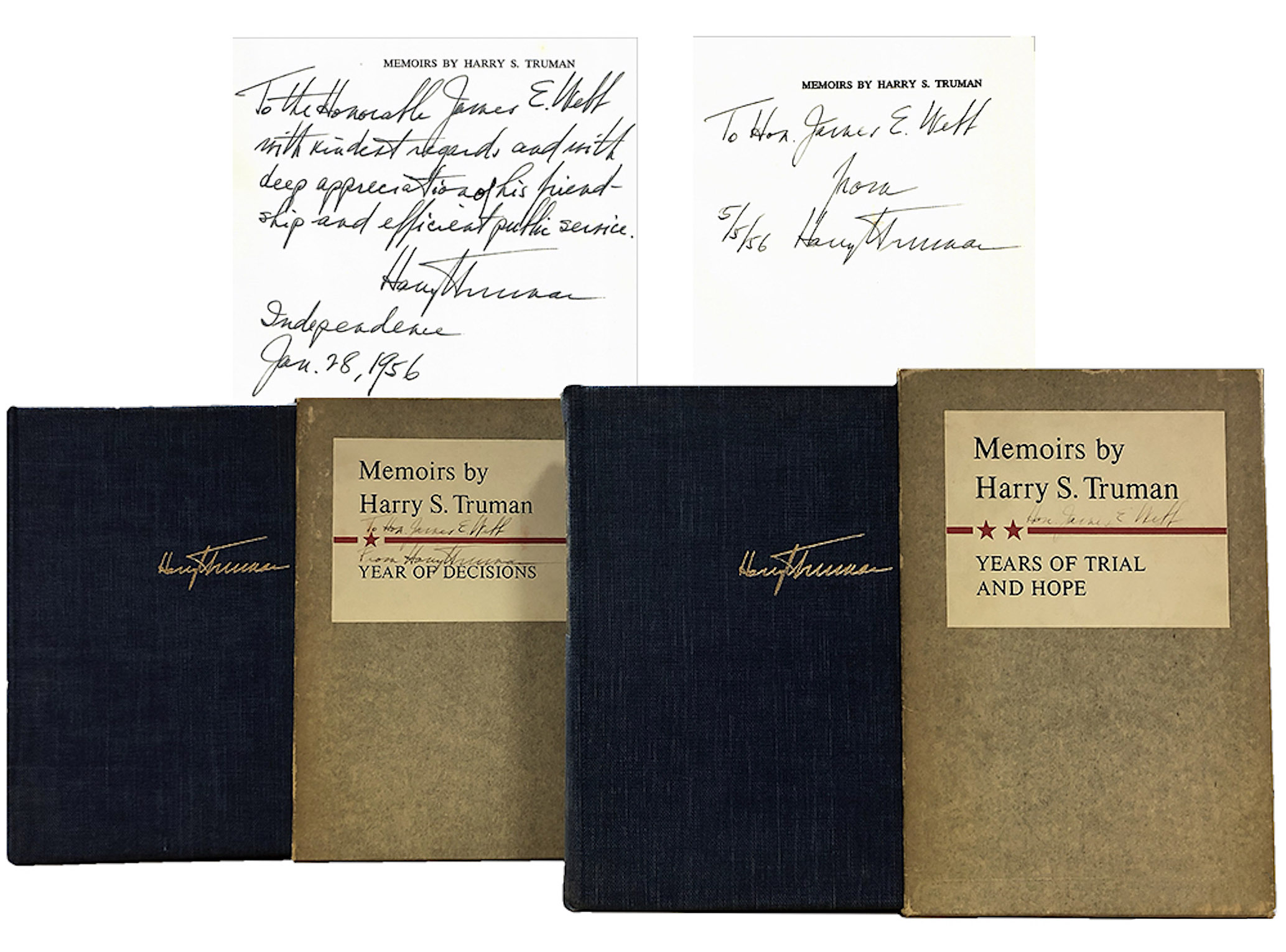 PRE-PUBLICATION PRESENTATION EDITION FOR TRUMAN’S PERSONAL USE, TWICE-SIGNED AND INSCRIBED BY TRUMAN TO JAMES E. WEBB

This presentation set of Harry Truman’s two-volume presidential memoir is part of a special pre-publication edition reserved for the author’s personal use. Each volume is signed and inscribed on the half-title to James E. Webb, who served in Truman’s administration as Under-Secretary of State to Dean Acheson, and then served as Administrator of NASA during the Kennedy and Johnson administration; the agency’s Golden Age. The inscription in Volume I reads: “To the Honorable James E. Webb with kindest regards, and with deep appreciation of his friendship and efficient public service. Harry Truman, Independence Jan. 28, 1956.” The inscription in Volume II reads: “To Hon. James E. Webb from Harry Truman 5/5/56.” Each slipcase is also inscribed on their respective frontis labels: “To Hon. James E. Webb From Harry Truman” on Volume I, and “Hon. James E. Webb” in Truman’s hand on Volume II.