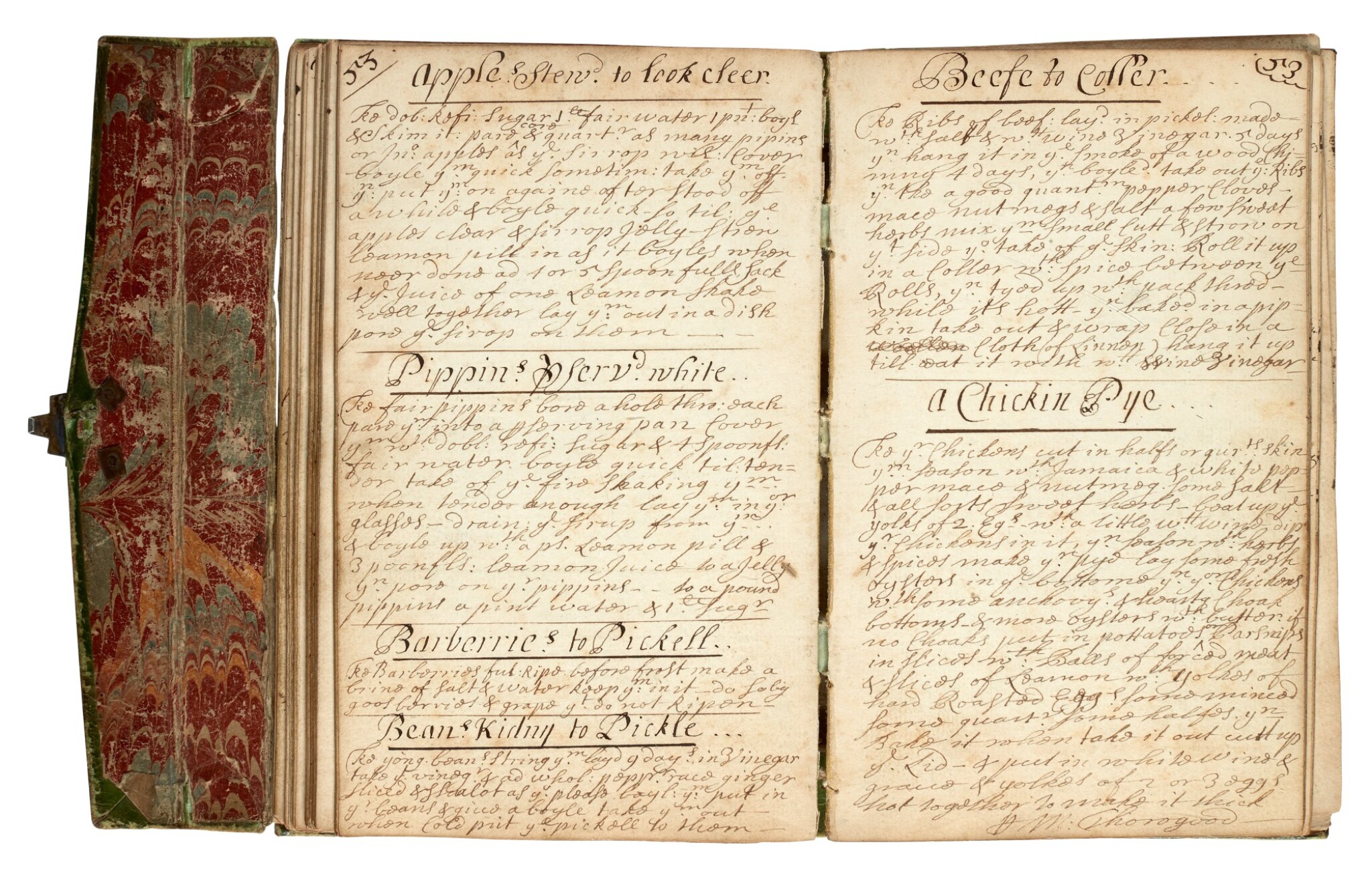 c.245 entries in several hands, the culinary recipes including preserves, jams, cakes, puddings, meat and fish dishes, pottage, and possets; the medical prescriptions covering a wide range of disorders including "To Purge a Child after the Smal: Pox or Measles", "Snail Water for Consumption Jaundice Collick &c", "Sympatheticall Powder Orient" (which heals wounds and cures toothache), "For the Plague or Pestilence", Lady Warwick's "Black Salve", "A Purge per Sir Theo: Majarne [ie. Theodore de Mayerne]", "A Drink to Cleanse the Blood", several prescriptions relating to consumption, and a number of cosmetic recipes ("A Wash beauty which its said a Lady used til 80 years of age & preserved her skin to look like a girle of 15"); the earliest entries in an attractive late-17th century hand with engrossed titles, also wih cross-references, then with later additions probably through to the early 19th century, foliated, 130 pages, plus blanks, 8vo, late 17th-century stiff green vellum gilt frame and floral cornerpieces, fore-edge flap and clasp, edges gilt, binding worn, some light spotting and soiling

Take a large Cock pulled Quick opened hot, take out the Guts clean the Gizard take the gall of the liver put them with 7 gold Rings & 7 p[iece]s broad gould [...] put them in a Bell mettle pott then set yt in an Iron pott halfe full of water set it in a good fire let it boyle 2 hours when you take it off theres some liquor in the mettle pott witch save carefully & give the patient a Spoonfull or 2 at a tyme its an Excellent Cordiall restores & strengthenes nature causeth Rest &c - the Rings & Gold not the worse..."

Inscription on front free endpaper dated 1693 with initials "PD"; "Mary Slater died May 6th 1771"; (written from the reverse) records of marriages and deaths of the Wright family of Earl Shilton, Leicestershire, 1808-1827