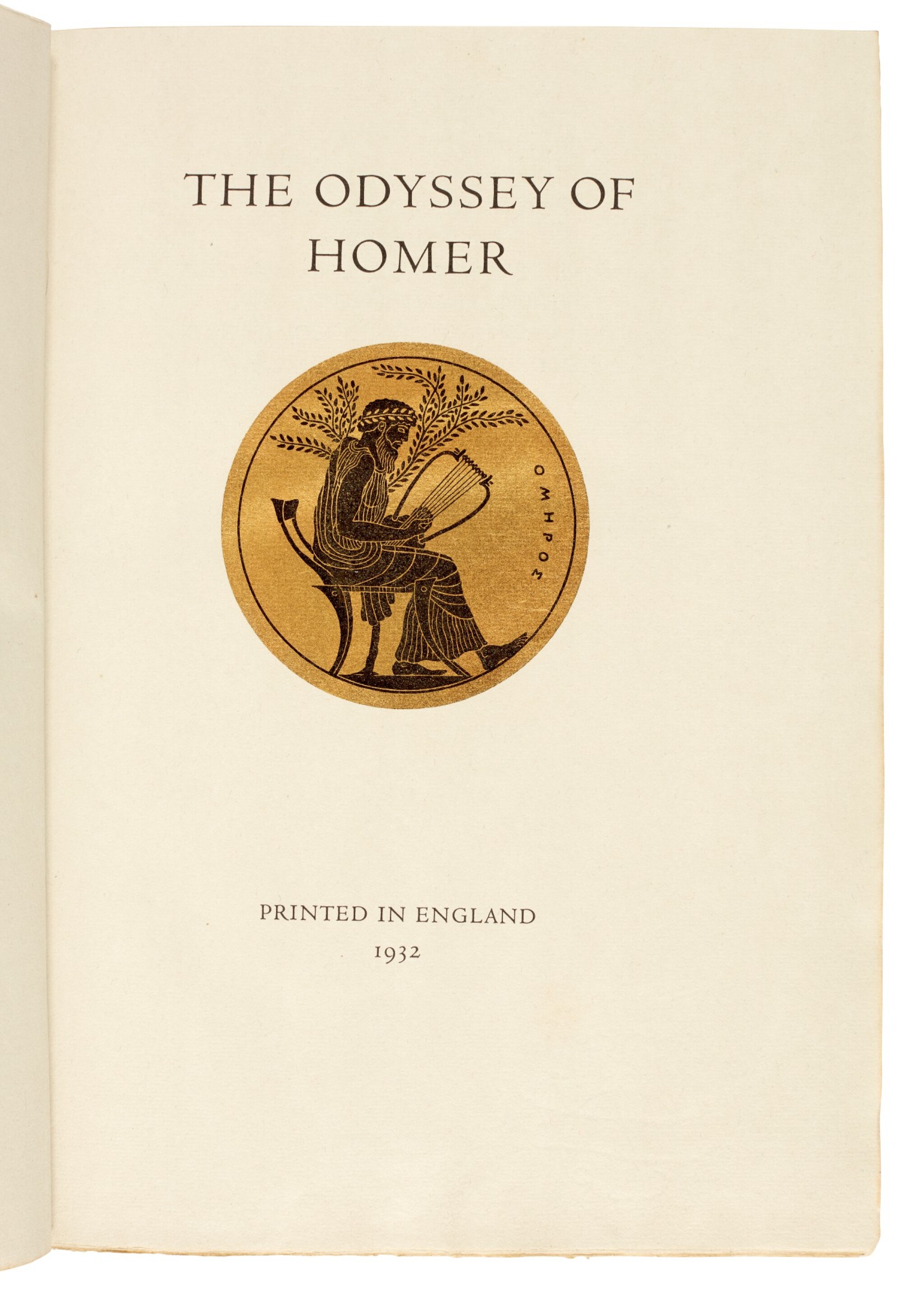 Lawrence worked assiduously on this classic translation alongside his other projects between 1928 and 1931, coming up with the first edition in English which offered both "the spirit and the narrative of the Greek original in a language accessible to ordinary people" (Jeremy Wilson, "T.E. Lawrence and the translating of the Odyssey, 1928 - 1931"). More than 12,000 copies of the regular American edition were sold in the first year, and the translation has remained in print ever since. This beautifully produced deluxe issue designed by the great American typographer Bruce Rogers has long been considered one of the most beautifully produced books of the twentieth century. Rogers was clearly inspired by Lawrence: "Here, at last, was a man who could make Homer live again - a man of action who was also a scholar and who could write swift and graphic English." (Rogers, prefatory note, 1933)

"In the Odyssey without tricks or accessory decoration, with a classic austerity akin to the timeless proportions of the Parthenon, with only type and paper and ink, with consummate skill, Rogers created a masterpiece" (Blumenthal, Bruce Rogers: A Life in Letters, 1987)