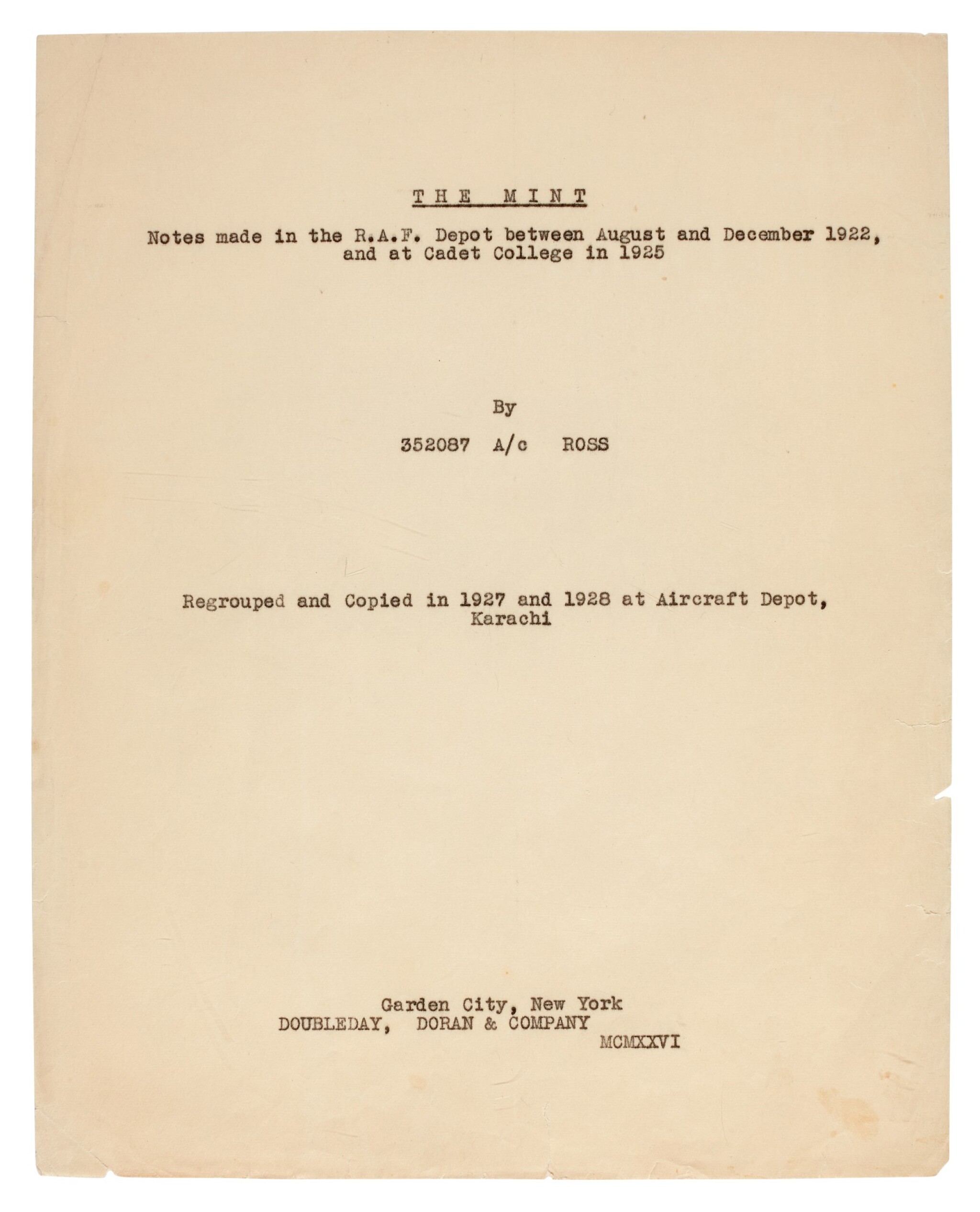 carbon copy typescript of the American copyright edition, title-page with imprint ("Garden City, New York: Doubleday, Doran & Company, 1926 [sic for 1936]") and also with limitation leaf ("This edition of THE MINT is limited to 50 copies, of which 10 copies are for sale. This is number 8UK."), 250 numbered pages, text on rectos only, followed by a typescript copy of Lawrence's poem "Confession of Faith" (1 page) and a page of incomplete draft text with one ink correction, altogether 252 leaves, 4to, loose in green card covers, lacking p. 239, nicks and chips to first few and last few leaves, covers heavily worn

The sole purpose of the 1936 New York Doubleday edition of Lawrence's The Mint (issued in an edition of 50 copies, only ten for sale at a prohibitive price of $500,000) was to secure copyright and prevent publication. Lawrence did not intend that The Mint should be published before 1950 and in order to assert copyright in the United States copies had to be offered for sale there. This typescript also contains a copy of Lawrence's poem 'Confession of Faith', which was first published in Louis Golding's In the Steps of Moses the Conqueror (1938).