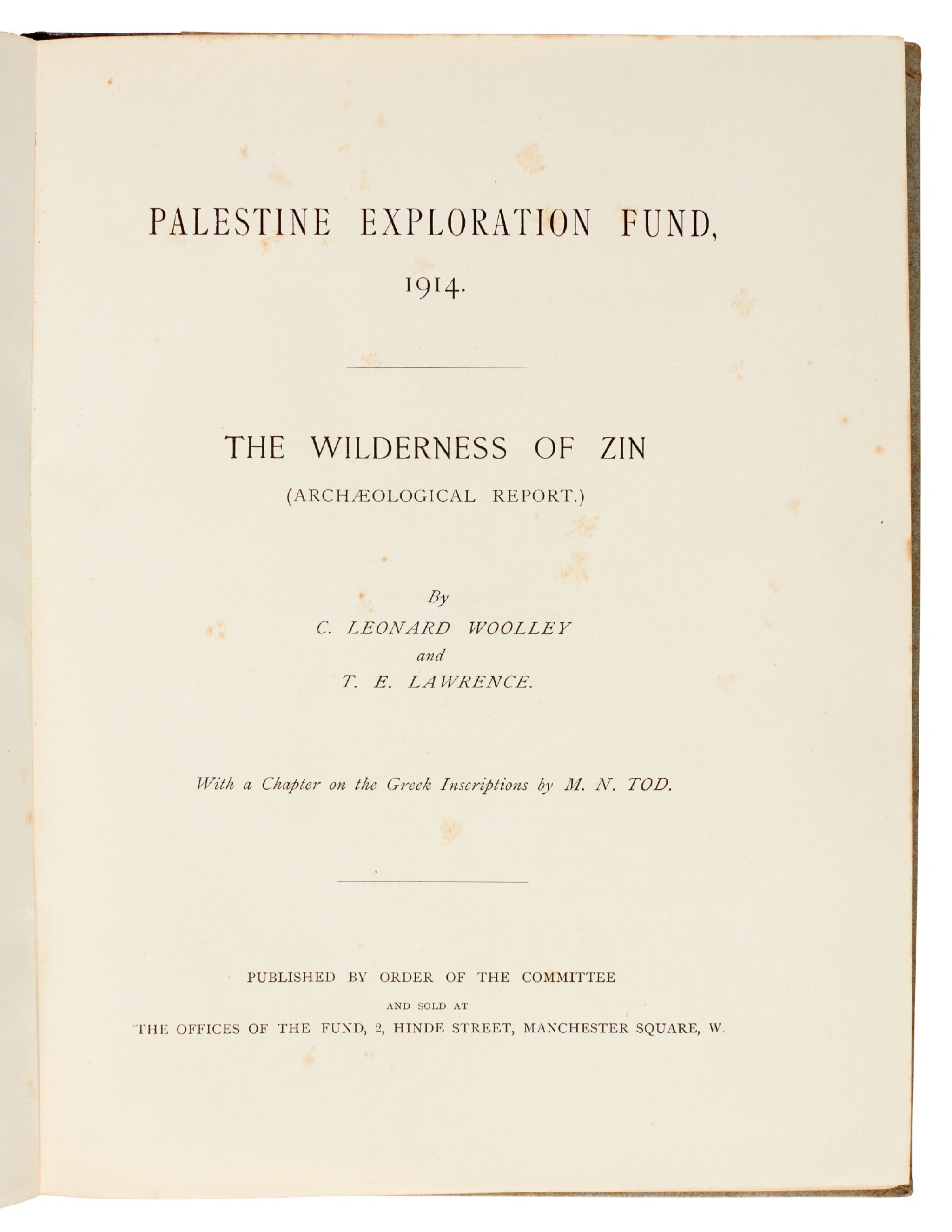 4to, FIRST EDITION, first issue binding (with the full stop after the date on the spine), with preceding leaf with series title (Palestine Exploration Fund. | Annual | 1914-1915. | Double Volume), folding plan, 37 plates, original cloth-backed printed boards, spine lettered in gilt, letter in black on upper cover and in gilt on the spine, some foxing and offsetting to endpapers, slight foxing to edges

During January and February 1914, Lawrence and Woolley, in the company of a British Army surveying detachment, mapped the Negev region of the Sinai peninsula, then under Turkish suzerainty. The exercise was carried out under the guise of an archaeological survey, although the real aim was to update maps for the impending war.