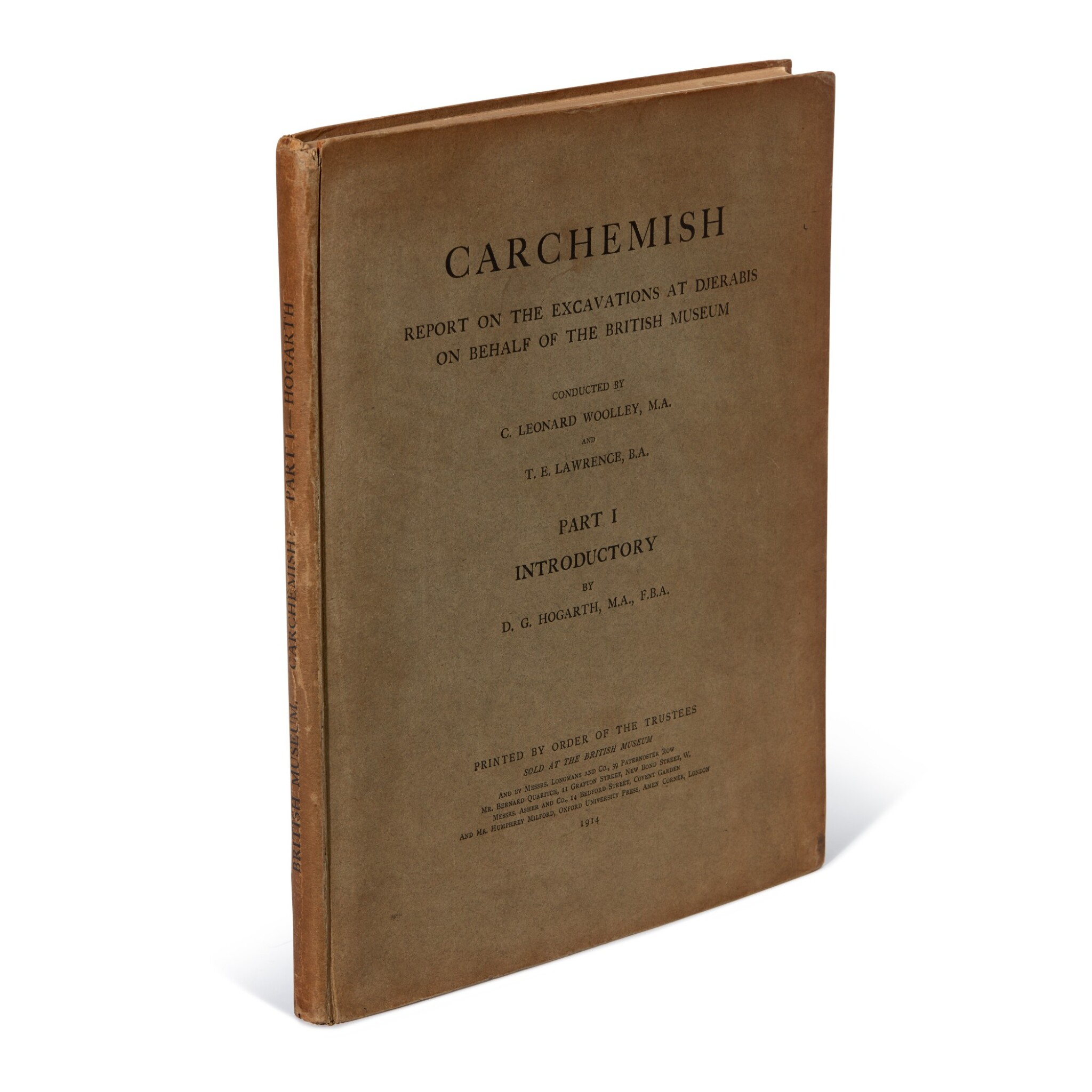 FIRST EDITIONS, 3 parts in 3 volumes, illustrated throughout with plates from photographs and plans (some folding, including folding photographic frontispiece in volume 2), original grey printed boards, [volume 1:] offsetting to endpapers, minor chipping to head and base of spine, slight edge-wear, minor discolouration [volume 2:] rebacked and recased with new endpapers, preserving most of the original spine, repairs at corners [volume 3:] minor wear at head and base of spine

LAWRENCE'S FIRST APPEARANCE IN PRINT. He worked as an archaeologist at the site of Carchemish in Mesopotamia from 1911-14 under the direction of his lifelong friend D. G. Hogarth. The archaeological dig in northern Syria, coming at the end of his walking tour of Syria when researching his thesis on crusader castles, was a key moment in forming Lawrence's devotion to the Middle East. Lawrence contributed text to volume 1, and photographs and notes to all three volumes.