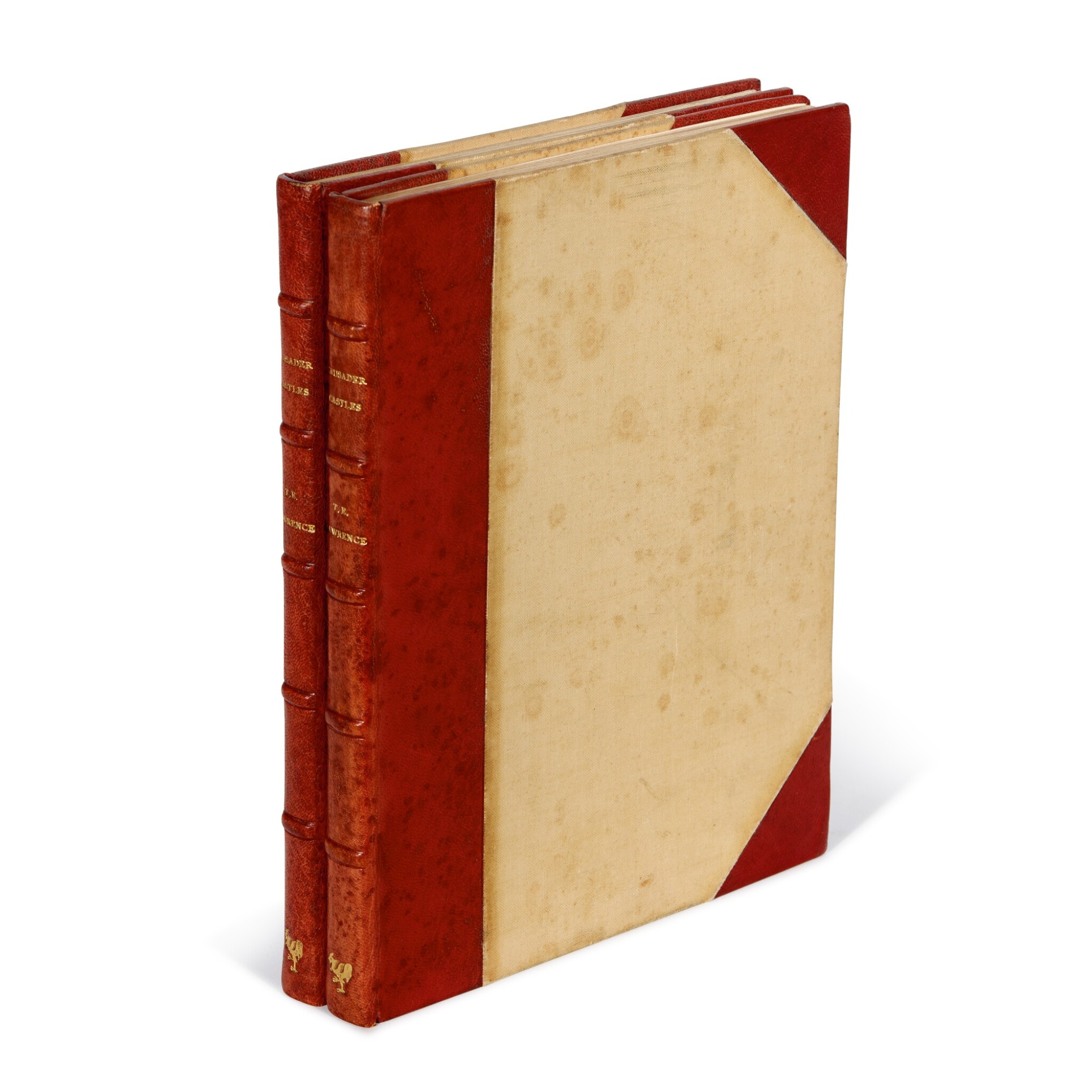 After Lawrence's death in 1935, there was a great deal of interest in his work and ideas. In order to establish Christopher Sandford's credentials as a potential future publisher for this work, the partners in the Press persuaded Lawrence's brother and executor, A.W. Lawrence, to allow them to publish Lawrence's Oxford thesis about the castles of the crusaders, which he had written following his bicycle trips to the medieval castles of France in the summers of 1907 and 1908, and further trips to Lebanon and Syria in 1909. The second volume contains his letters home to his mother during his research.