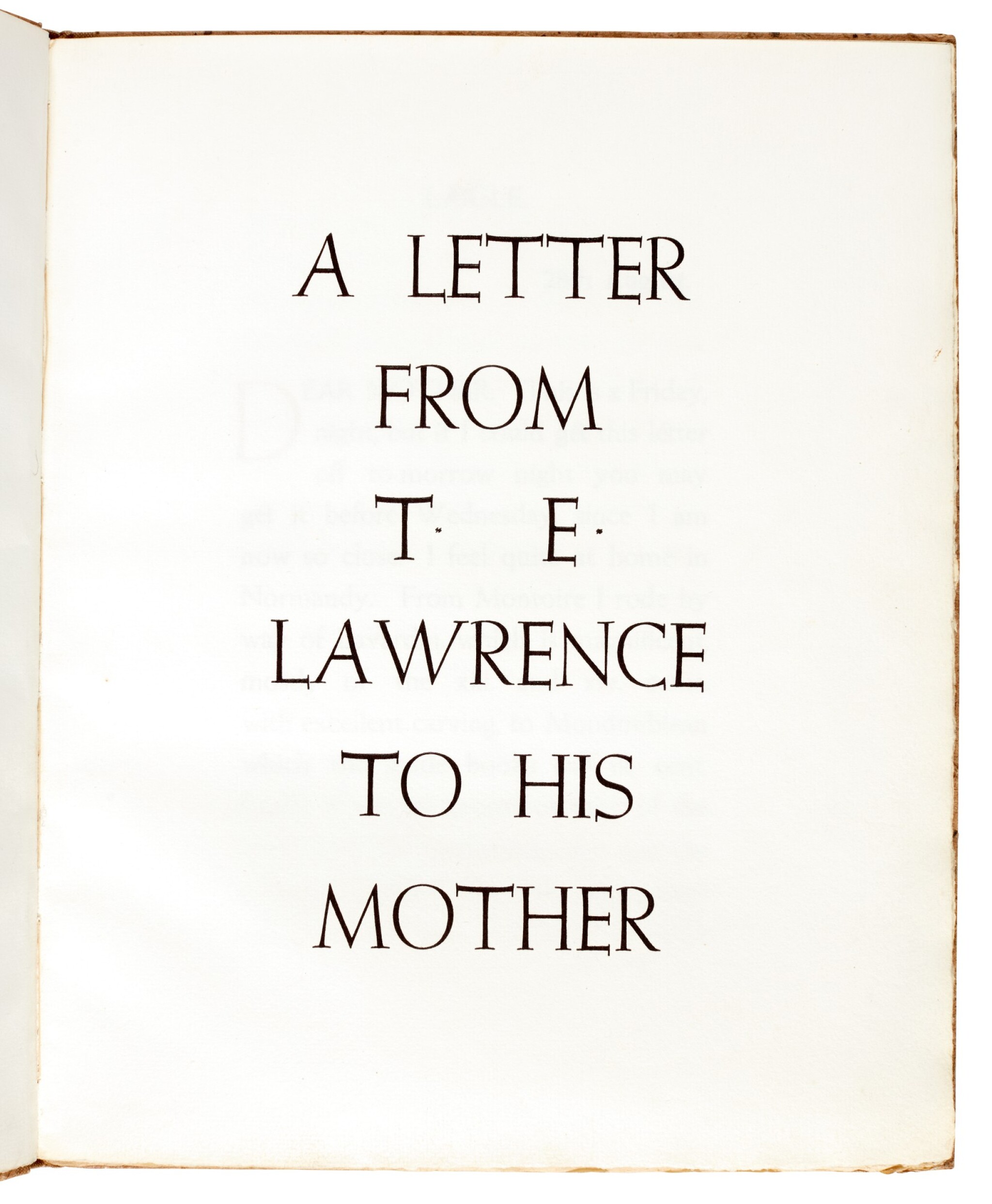 A LETTER FROM T. E. LAWRENCE TO HIS MOTHER. CORVINUS PRESS, 1936

After visiting the castles in France he had planned to see for his thesis, Lawrence visited Chartres Cathedral on his way to Brittany. The letter he wrote to his mother on 28 August 1908, describing the cathedral, is one of the most revealing to have survived from this early period (see Jeremy Wilson, T.E. Lawrence).