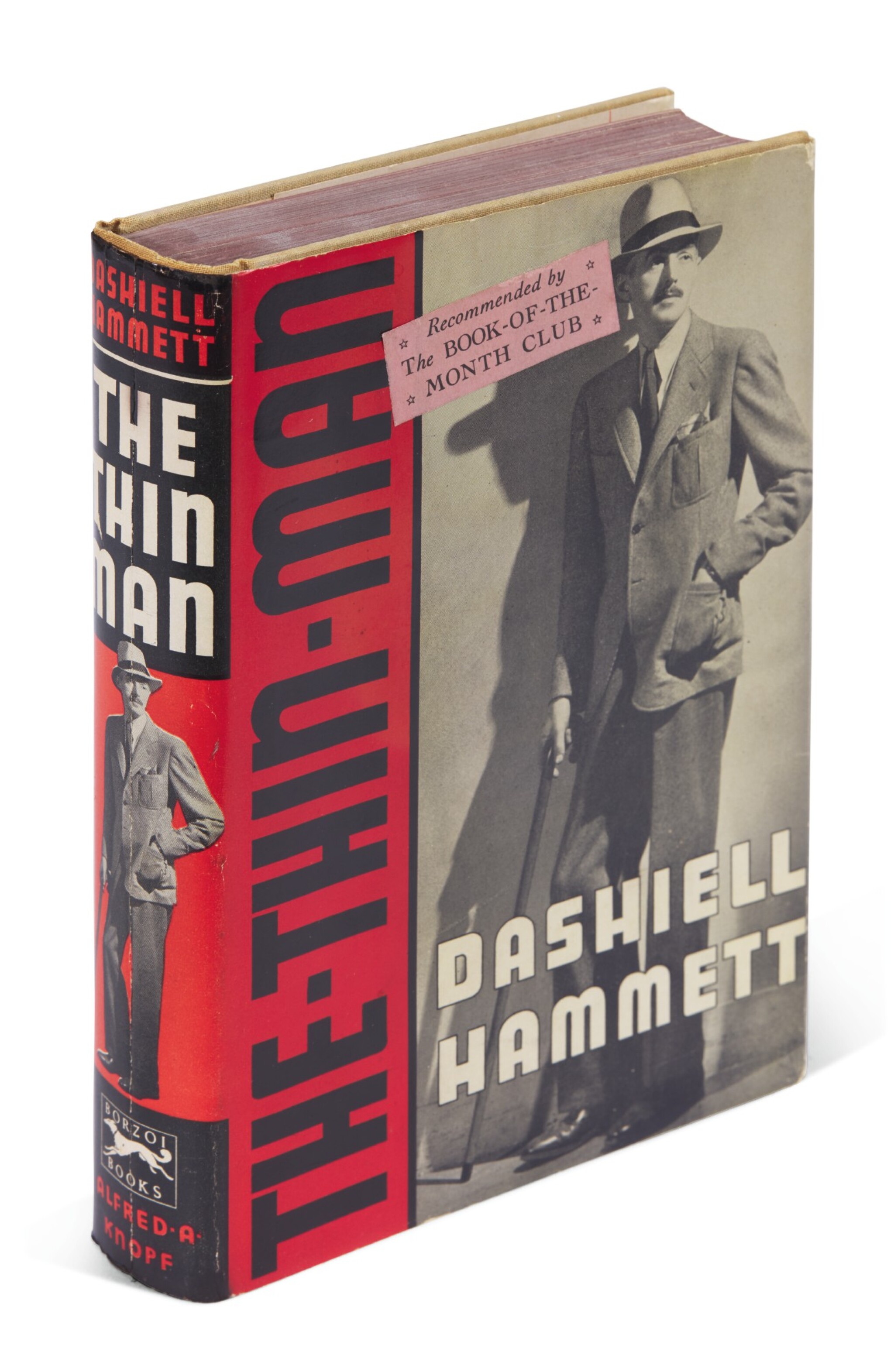 FIRST EDITION OF THE AUTHOR'S LAST NOVEL. There are four variants of the jacket, of no established priority. The one on this copy may be supplied, and has reviews on the inner flap, which may indicate that it is not from the first impression.

The Thin Man introduces the married detectives Nick and Nora Charles; although they were featured in a series of six films, Hammett never wrote a sequel to the novel.