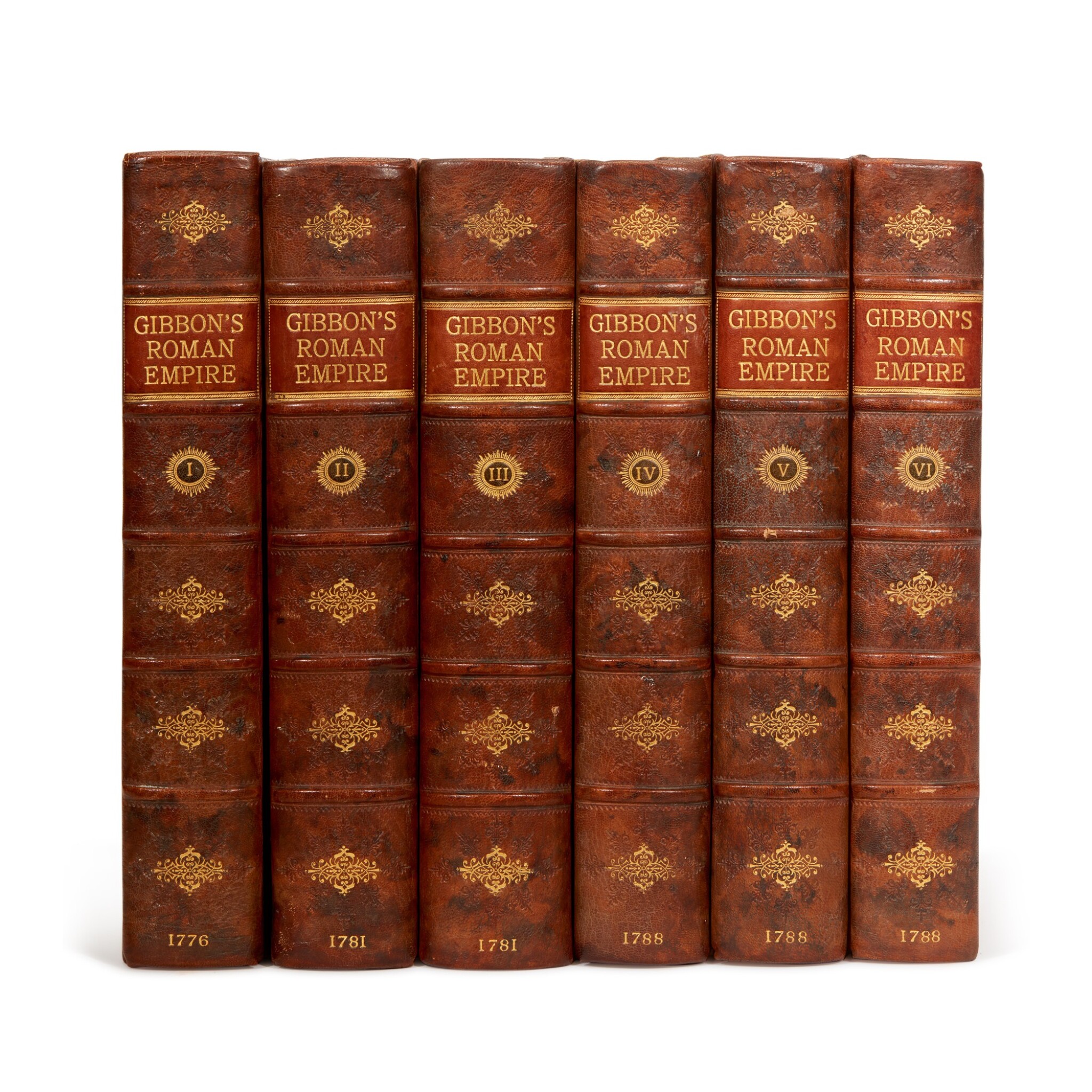 4to, 6 volumes, FIRST EDITIONS, half-titles, errata leaves at the end of first three volumes and on verso of final leaf of volume 6, 3 folding maps bound in volume 2 (one of them normally found in volume 3), second state of volume 1, engraved portrait by Hall after Reynolds at the beginning of volume 2, 12pp. of Contents at the beginning of volume 2, G1 and Ll1 cancels in volume 2 (signed G* and *Ll), H3 and L2 cancels in volume 4 (the latter signed *L2), p.177 in volume 3 correctly numbered, misprint "Honorious" for "Honorius" in line 18 on p.179, contemporary tree calf, some slight spotting and foxing, rebacked, edges of binding somewhat worn

First edition, one of 500 copies in the second state, of Gibbon's "masterpiece of historical penetration and literary style" (PMM). The book sold with great rapidity and the first edition of volume 1 was, according to the author, exhausted within a few days. According to David Womersley (writing in the Oxford DNB) Gibbon does not seem to have exaggerated when at the end of his life he recalled that "my book was on every table, and almost on every toilette".

"It is often assumed that the Decline and Fall is a straightforward lament for departed glory, and that the dominant emotional colouring of the work is that of an elegy. But Gibbon was the enemy of empire as a political form, and a friend to the freedom of nations, for 'there is nothing perhaps more adverse to nature and reason than to hold in obedience remote countries and foreign nations, in opposition to their inclination and interest' (Decline and Fall, 3.142). However much Gibbon may have admired the artistic and cultural achievement of Rome, he was no admirer of empire as a political system. This disenchantment with empire influenced Gibbon's assessment of the barbarians who overran the western provinces of the empire in the fifth century. Gibbon's admiration for the barbarians had its limits..." (David Womersley, Oxford DNB)