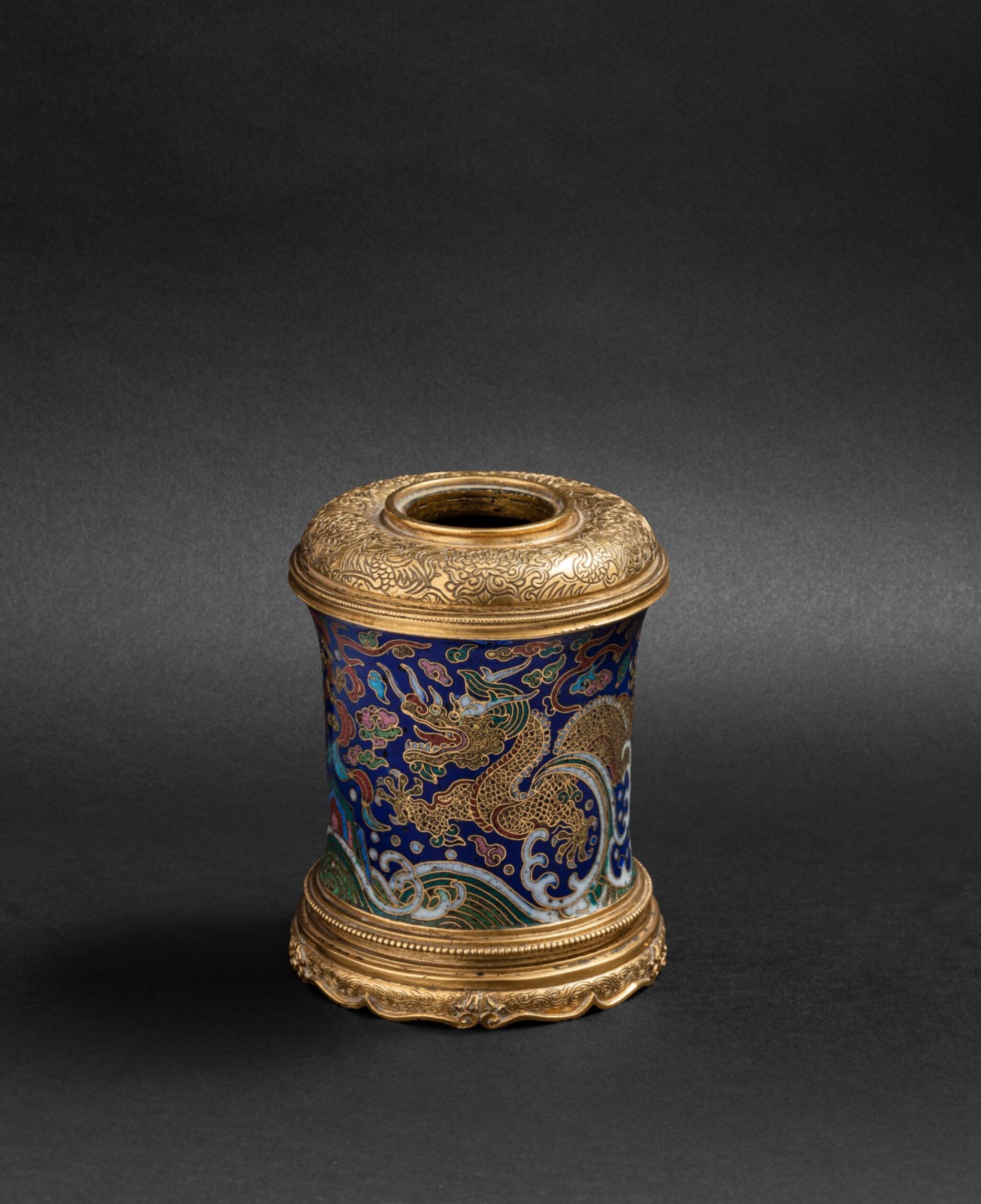 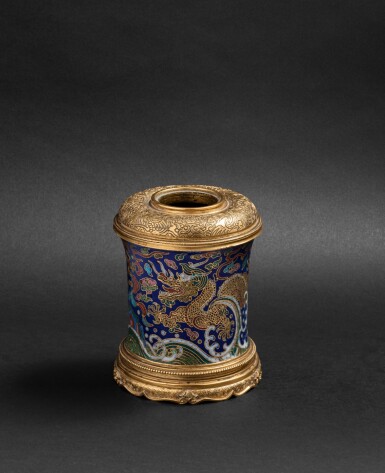 A gilt-bronze and cloisonne enamel waterpot, mark and period of Qianlong

This waterpot was originally part of a cloisonné enamel stationery set and would have come with a little spoon in order to spill drops of water on an inkstone. The set would originally have included an enamel inkstand and a five peaked-brush rest similarly decorated with dragons striding above crashing waves.

An example of such three-part set, from the Qing court collection and still in Beijing, is illustrated in Metal-bodied Enamel Ware, The Complete Collection of Treasures of Palace Museum Collection, Hong Kong, 2002, p. 128, pl. 124. Another similar waterpot in the Taipei National Palace Museum, also accompanied with a five-peaked brushrest, but this time associated with a gilded paperweight and a cloisonné enamels box containing two inkstones, was included in the Museum Exhibition 'cong wenwu kan Qianlong huangdi [understanding Qianlong Emperor through artifacts]', Emperor Ch’ien-lung’s Grand Cultural Enterprise, National Palace Museum, Taipei, 2002, p. 233, pl. I-30.

In contrast to earlier, Kangxi and Yongzheng period cloisonné wares, pieces made for the Qianlong emperor and his court frequently bear the emperor's reign mark, as seen on the base of this exquisite vessel where the cast six-characters raised mark is set between two dragons.