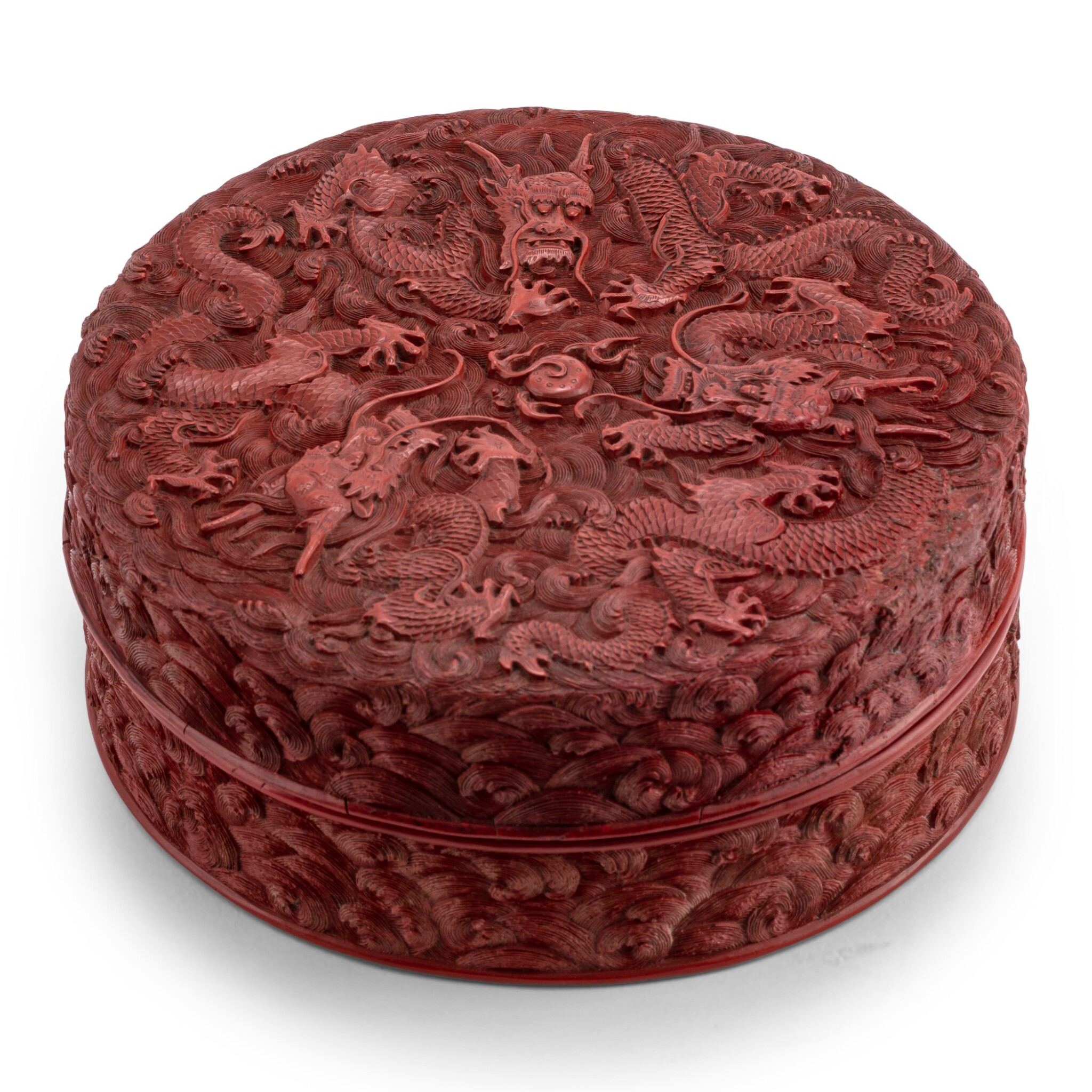 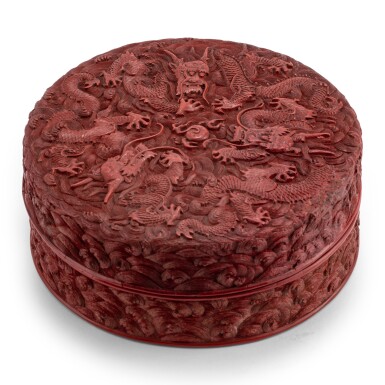 There is some re-freshing to the red lacquer on the box and cover, and, some re-touching to the lacquer. There are some age cracks. There is a 6.5 x 3.2 cm restoration to the box' rim.

The dynamism and detail of the present piece reveals the opulent taste of the Qianlong Emperor and the zenith of lacquer carving achieved during his reign. Rendered with ferocious expressions, gaping jaws that reveal sharp fangs, bulbous eyes and flaring nostrils, the intricately modelled scaly bodies thrash through the waves to create a brilliant scene of intense strength and energy. Moreover, the combed lines of the turbulent water and crested waves provide a striking setting for the dragons.

Boxes of this type were possibly made in the Lacquer Workshops of the Zaobanchu (Imperial Palace Workshop) located in the Forbidden City. The same subject and style of carving can be found on several pieces preserved in the Palace Museum, Beijing, such as a lacquer box carved with dragons, illustrated in Zhongguo bowuyuan can diaoqi/Carved Lacquer in the Palace Museum, Beijing, 1985, pl. 311. See also a box of this form from carved with three mythical sea creatures amongst similar foaming waves, illustrated in ibid. pl. 275.