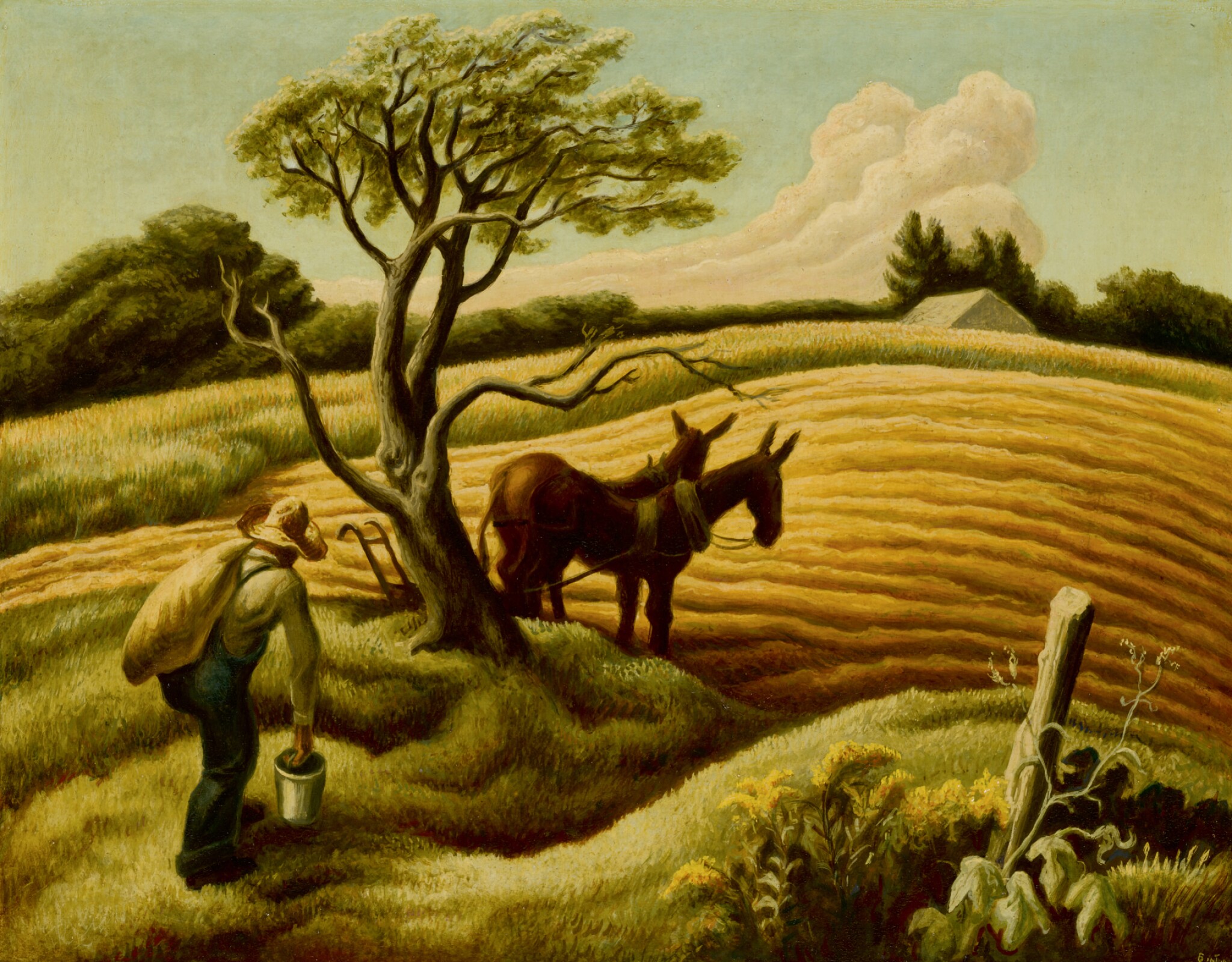 tempera and oil on board

Cornelius Vanderbilt Whitney, New York, 1939 (acquired from the above)

By descent to the present owner, 1992

“I believe I have wanted, more than anything else, to make pictures, the imagery of which would carry unmistakably American meanings for Americans and for as many of them as possible." - Thomas Hart Benton

In the 1930s, Thomas Hart Benton rose to prominence as a painter of daily life in rural America. Born in Neosho, Missouri, Benton developed a strong sense of nationalism at an early age given the politicized environment in which he grew up. His great-uncle was Missouri's first Senator and his father was a congressional representative who often invited other public figures to their home. Such exposure gave Benton an interest in the American scene that developed into a lifelong theme in his artistic career. Benton's extensive travels, combined with his family's prominence, made him as much a historian as an artist, and as much a nationalist as a regionalist.

Enchanted by the country and its offerings, Benton began traveling through the South and the Midwest in the late 1920s and immersing himself in the culture of rural America. He made hundreds of sketches depicting what he saw in the fields, farms and small towns. In celebrating the American way of life, Benton was sympathetic in his portrayal of farmers and field workers, favoring the themes of dedication and hard work. Noon exemplifies Benton’s ability to capture what he saw as the simplicity and dignity of everyday life. Using broad contour lines for the ridges of the earth and the curves of the clouds, he captures the unique yet familiar landscape of the region.

Painted in 1939, Noon was included in Benton’s first major retrospective in New York later that year. The exhibition featured a range of significant works that showcased Benton’s range of subject matter and technique, including Lost Penny (Fig. 1), Hollywood (Fig. 2), TP and Jake, and Ploughing it Under. Praised as a resounding success, the exhibition garnered significant attention from a variety of New York collectors, including Cornelius Vanderbilt Whitney. He purchased Noon from the retrospective and the work has remained in the Whitney family’s collection since.