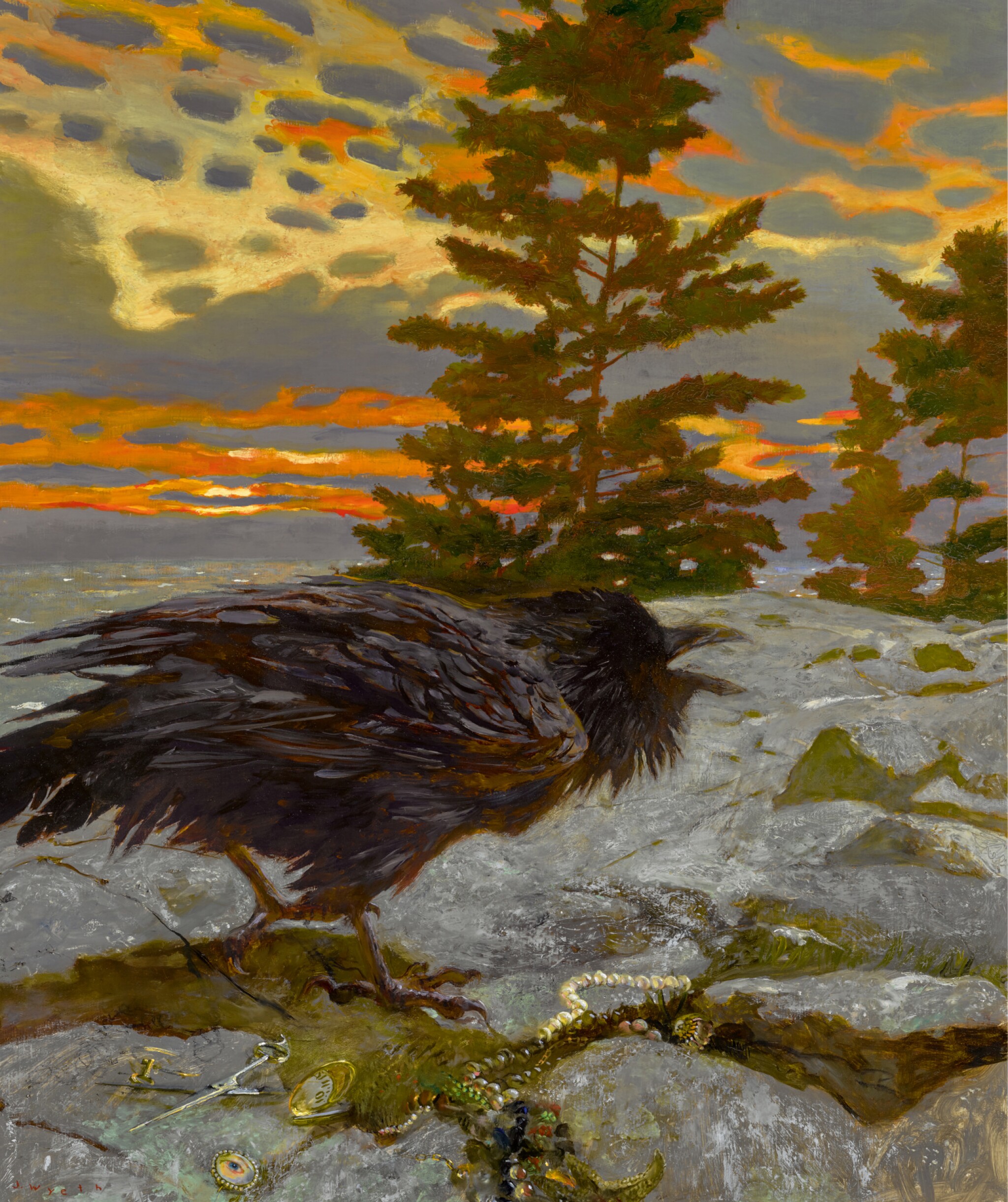 Acquired by the present owner from the above, 2004

Painted in 1996, the present work belongs to a series of works by Jamie Wyeth that feature the distinctive wildlife of the Maine landscape. Christopher Crosman concluded, “Another important body of paintings by Wyeth centers on birds and other animals, both domestic and wild. Gulls and especially ravens refer, as mute witnesses, perhaps, to tales of gothic horror and to dark, secret places. Wyeth’s ravens and gulls are scavengers.” (Christopher Crosman, et al., Wondrous Strange: The Wyeth Tradition, Rockland, Maine, 1998, p. 129) This work, aptly titled, The Thief, expertly portrays this menacing subject. The black raven at center of the composition stands on guard atop his looted treasures – a string of pearls, a dismembered pocket watch, delicate silver scissors, and other souvenirs. He continues, “Gulls and ravens represent nature’s primeval wanderer, wheeling across leaden skies, screeching into the wind in a constant, instinctual search for survival in a harsh environment. They ‘own’ much of the Maine coast by right of ubiquity and sheer cussedness.” (ibid)

The Thief was included in an exhibition at the Farnsworth Art Museum in 1998, Wondrous Strange: The Wyeth Tradition, which explored the dream-like imagery and observed detail that connected the three generations of the Wyeth family. This familial tradition of painting was best described by Crosman as “a type of realism, invented to meet the demands of illustration and mechanical reproduction, that N.C. largely perfected: dramatic intensity through theatrical lighting effects; a bold, although relatively limited palette of saturated color; strong, firm outline; close-up perspective placing the viewer in the action of the depicted scene; elimination of all superfluous detail to concentrate attention on the critical, telling moment.” (ibid, p. 127)