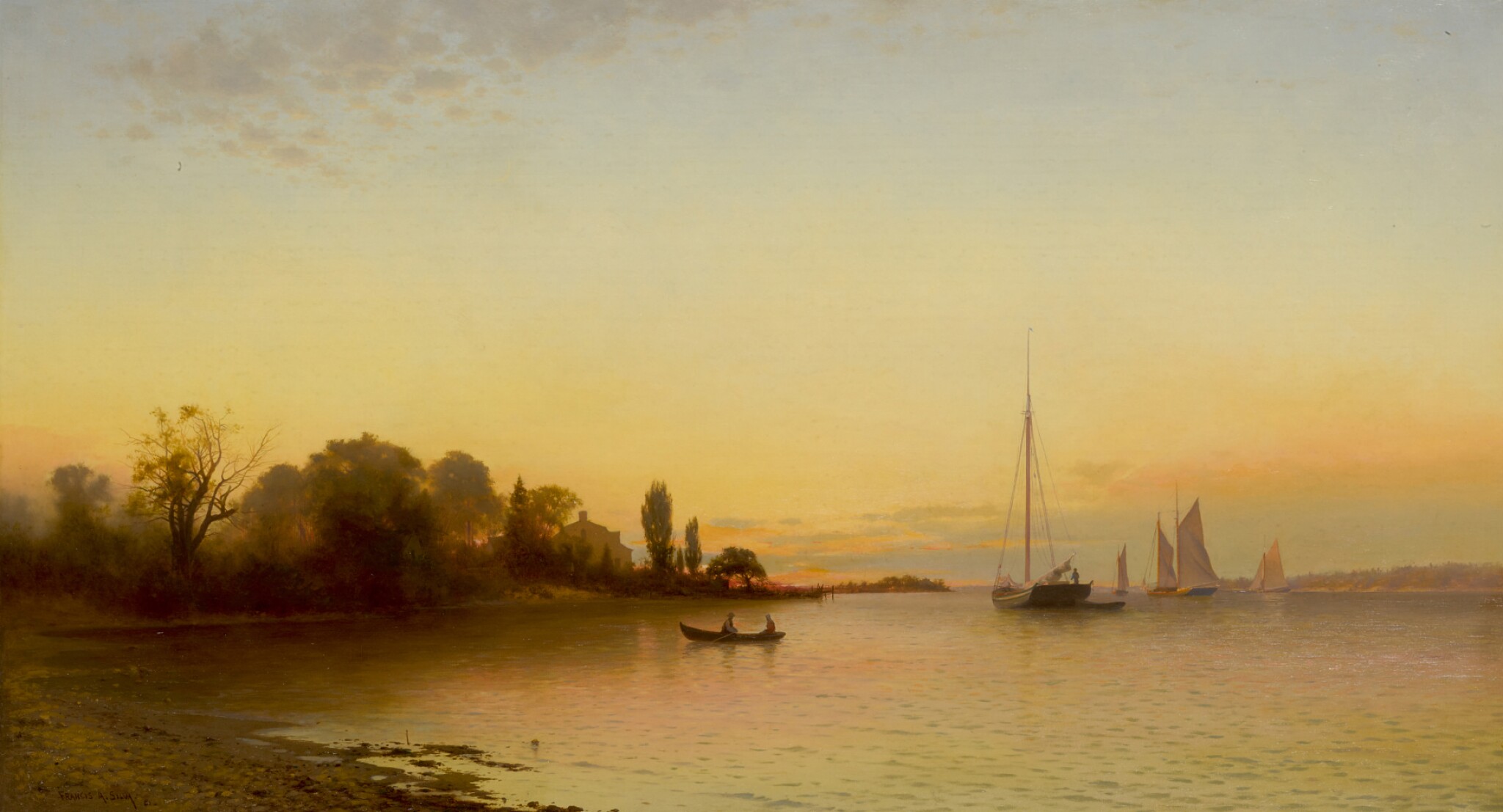 A Midsummer Twilight captures the artist at his most mature period, painted in 1881, while living in Long Branch, New Jersey, and working from his studio in the famed Tenth Street Studio Building in New York. Silva’s Luminist paintings chronicle the beaches and shorelines of the East Coast, predominantly scenes along the Hudson River, as well as Narragansett Bay, Cape Ann and Boston Harbor. The present work is characteristic of the artist’s atmospheric compositions – the lowered horizon line glows warm with light from the setting sun, casting shadow across the inlet where passenger boats and sailing vessels drift across calm waters.

Preeminent scholar John I.H. Baur first coined the term “Luminism” in 1954 to distinguish a group of Hudson River School artists, including Silva, Martin Johnson Heade, and Fitz Henry Lane, among others, for their unambiguously American consciousness of the effects of light and atmosphere. In her discussion of the distinct characteristics of the Luminist movement, the art historian Barbara Novak writes, “Luminist light tends to be cool, not hot, hard not soft, palpable rather than fluid, planar rather than atmospherically diffuse. Luminist light radiates, gleams, and suffuses on a different frequency than atmospheric light…Air cannot circulate between the particles of matter that comprise Luminist light” (Nature and Culture, London, 1980, pp. 18, 29).