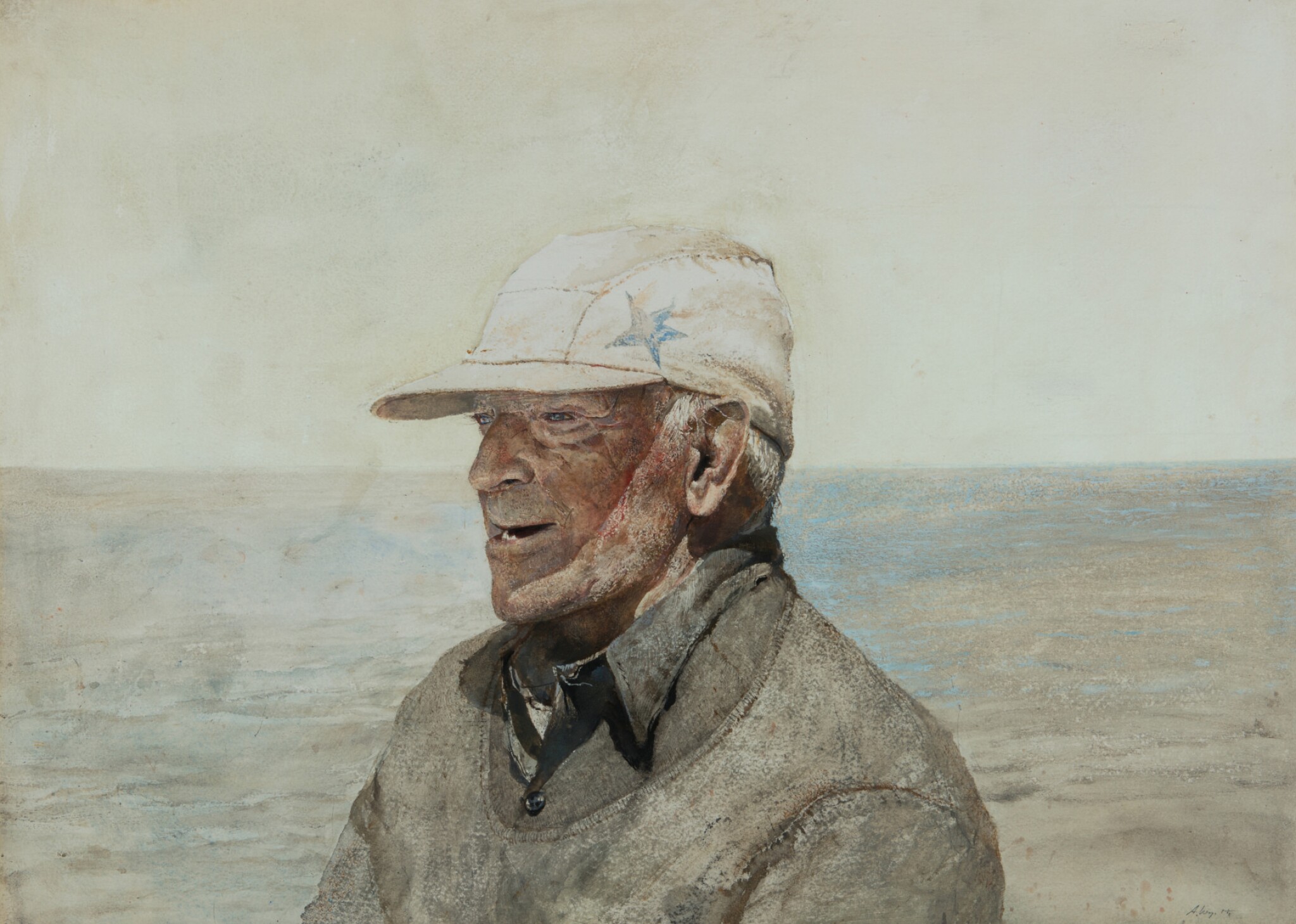 drybrush and watercolor on paper

This work will be included in Betsy James Wyeth’s forthcoming catalogue raisonné of the artist’s work.

Private collection, Cincinnati, Ohio, 1975 (acquired from the above)

Acquired by the present owner from the above, 2003

Crow’s Foot depicts Forrest William "Crow" Morris, a well-known harbormaster in both Port Clyde and Tenants Harbor, Maine. Andrew Wyeth’s realist portraits often documented the intimate relationships he shared with his community of friends and neighbors in Chadds Ford, Pennsylvania, and Maine, as is illustrated in the present work. During the 1970s, the period in which Crow’s Foot was painted, Wyeth produced some of his most evocative portraiture, including a sensational series of 240 paintings, drawings and watercolors that centered the model Helga Testorf. In discussing Wyeth’s documentary portraits, R. Andrew Maass explained, “These works are, perhaps, among the artist’s purest paintings, ones that are virtually devoid of metaphor and symbolism. The subjects are real. To Wyeth, they are the earth; they are nature itself, not metaphors for something else. . . This lifetime of work is about Andrew Wyeth’s home and community—the world in which he really lives.” (R. Andrew Maass, et al., Andrew Wyeth: Close Friends, Jackson, Mississippi, 2001, p. 8)

Wyeth’s most accomplished paintings, including Crow’s Foot, were executed in drybrush, a medium which allowed for finer detail and richer surface texture than is typically seen in his watercolors. The artist explained, “I paint with a smaller brush, dip it into the watercolor color, play out the brush and bristles, squeeze out a good deal of the moisture and color with my fingers so that there is only a very small amount of paint left . . . good drybrush is done over a very wet series of washes . . . Drybrush is layer upon layer. It’s a definite weaving process–you weave the layers of drybrush over and within the broad washes of watercolor” (as quoted in John Wilmerding, Andrew Wyeth: The Helga Pictures, New York, 1987, pp. 12-13).