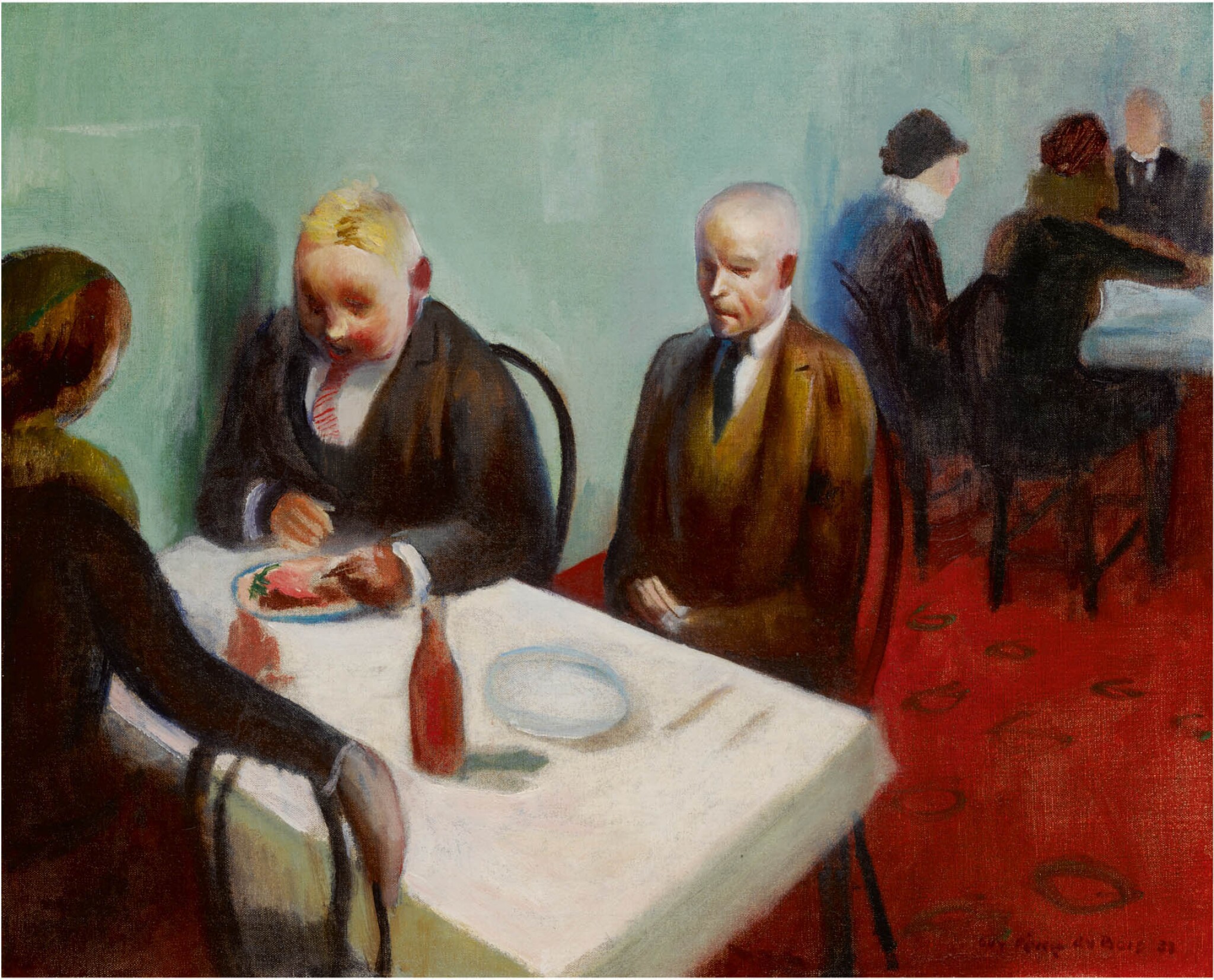 Renowned for his incisive observations of contemporary life, Guy Pène du Bois utilized his quintessential aesthetic of stylized realism to capture the social interactions he observed in New York City, particularly in the 1930s. Painted in 1933, The Diners exemplifies Pène du Bois’ experimentation with unusual spatial arrangements, creating an intriguing composition that reveals his deep understanding of pictorial organization. As is typical of his oeuvre, the present work is not without social or personal commentary. Here, the artist captures the disparities and distinctions integral to the bourgeois lifestyle he witnessed. Because Pène du Bois never attained the economic means of the subjects he typically depicted, his images are most often captured from the vantage point of an observer rather than a participant.  When reflecting on the role of the artist, Pène du Bois noted “the artist must not forget that he is an observer, a man watching the parade from a safe though convenient distance and armed, in any case, with enough strength of character to be kept physically out of it” (as quoted in “Guy Pène du Bois,” International Studio, June 1922, p 245).