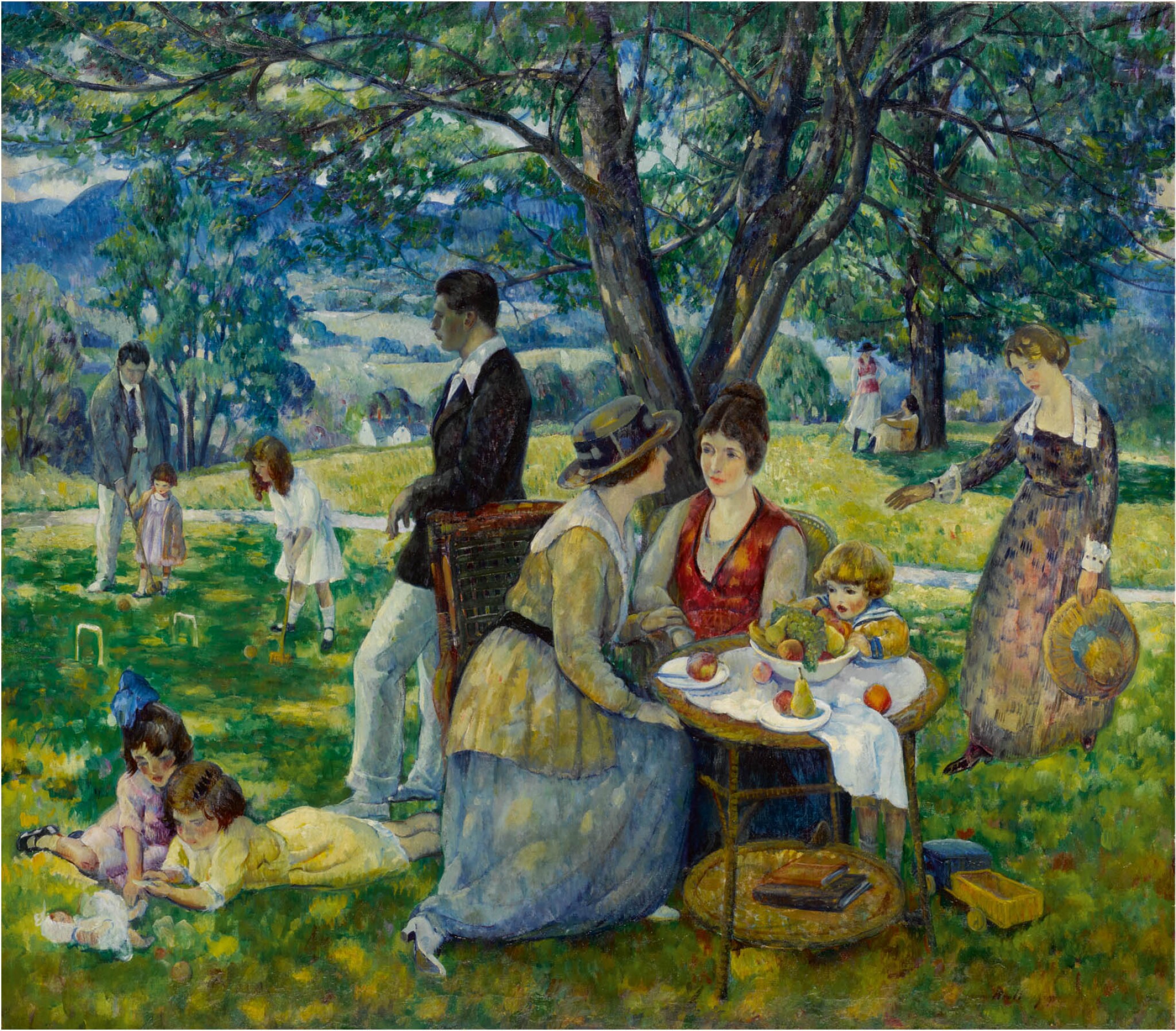 The artist
Private collection, circa 1919-20 (acquired from the above)
By descent to the present owner

Fredson Bowers and Nancy Hale, eds., Leon Kroll: A Spoken Memoir, Charlottesville, Virginia, 1983, no. 66, illustrated, n.p.
Leon Kroll spent much of the summer of 1919 living near Woodstock, New York with the Travis family, who he had met several years prior when Mrs. Travis' sister married his brother. Garden Scene with Figures was painted during this stay and depicts several members of the Travis family; they acquired the work directly from the artist and it has since descended in the family. According to Kroll, "This Travis family wanted to spend the summer in the East, and they asked me to hire a place for them. So I found a nice place that would suit them...They said they wanted me to pick out a place where I would like to paint, and they would like to live, and they wanted a big villa, big enough for their family...I made them all pose for me as models, including the maid, and when they wanted to play I told them I didn't come there to play, I came to work...The stay with the Travis family was very pleasant for me, because they were very nice people. In fact, they were very good friends of mine. I liked them" (as quoted in Leon Kroll: A Spoken Memoir, Charlottesville, Virginia, 1983, pp. 45, 119).