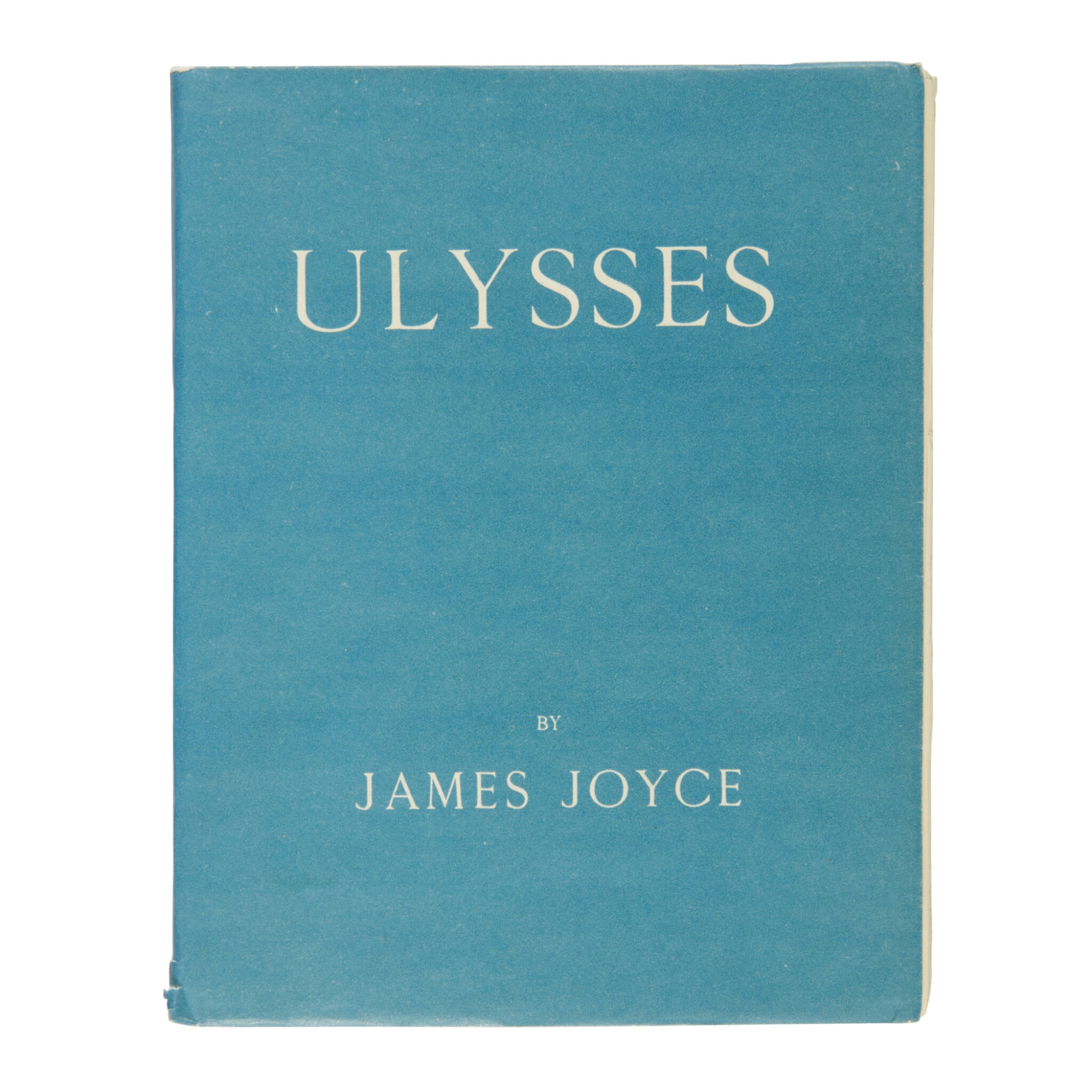 First edition; Marsden Hartley's copy of arguably the most important and influential novel of the twentieth century, signed and inscribed by Hartley on the limitation page: "This copy of Ulysses belongs to me, Marsden Hartley. Arrived in Berlin April 1—1922 from Paris." Berlin was central to Hartley's development as a painter. It was in Berlin, during the foment of World War I, that he was inspired by the pomp and iconography of the German military—as well as his close friendship with a German lieutenant, Karl von Freyburg—to create his first great cycle of paintings, which he called his Amerika series. Prior to moving to Germany, Hartley lived in Paris, where he was more focused on his writing than his painting and where he met James Joyce at Gertrude Stein's salon.

Hartley's copy of Ulysses is no. 478 of 750 copies on handmade paper (of a whole edition of 1,000). This is in fact the earliest issue of the novel: the official date of publication for Ulysses was Joyce's birthday, 2 February 1922, but difficulties with producing the cover meant that in fact only two copies, both from the 750-copy issue, were actually ready that day. No further copies of any issue of Ulysses appeared from the printer, Darantière, until 9 February, when a further batch of the 750 arrived. These were followed, on 13 February, by the first of the 100-copy issue signed by Joyce and, on 4 March, by the 150-copy issue on larger vergé d'Arches paper. It is now thought that this reflects the order in which Ulysses was actually printed, giving the edition of 750 a certain priority over the other issues, despite its higher numerical sequence.

Hartley's purchase of this copy is not recorded in Sylvia Beach's "Ulysses Notebook" (see 1996 Glenn Horowitz catalogue, James Joyce), nor is it known when this copy passed to O'Keeffe. This volume is not cited in The Book Room: Georgia O'Keeffe's Library in Abiquiu, but copies of both the London, Egoist Press, and New York, Random House, editions of the novel are noted (p. 40).

An exceptionally fine, entirely unrestored example of this fragile publication.

Please note that this item does not have a slipcase.