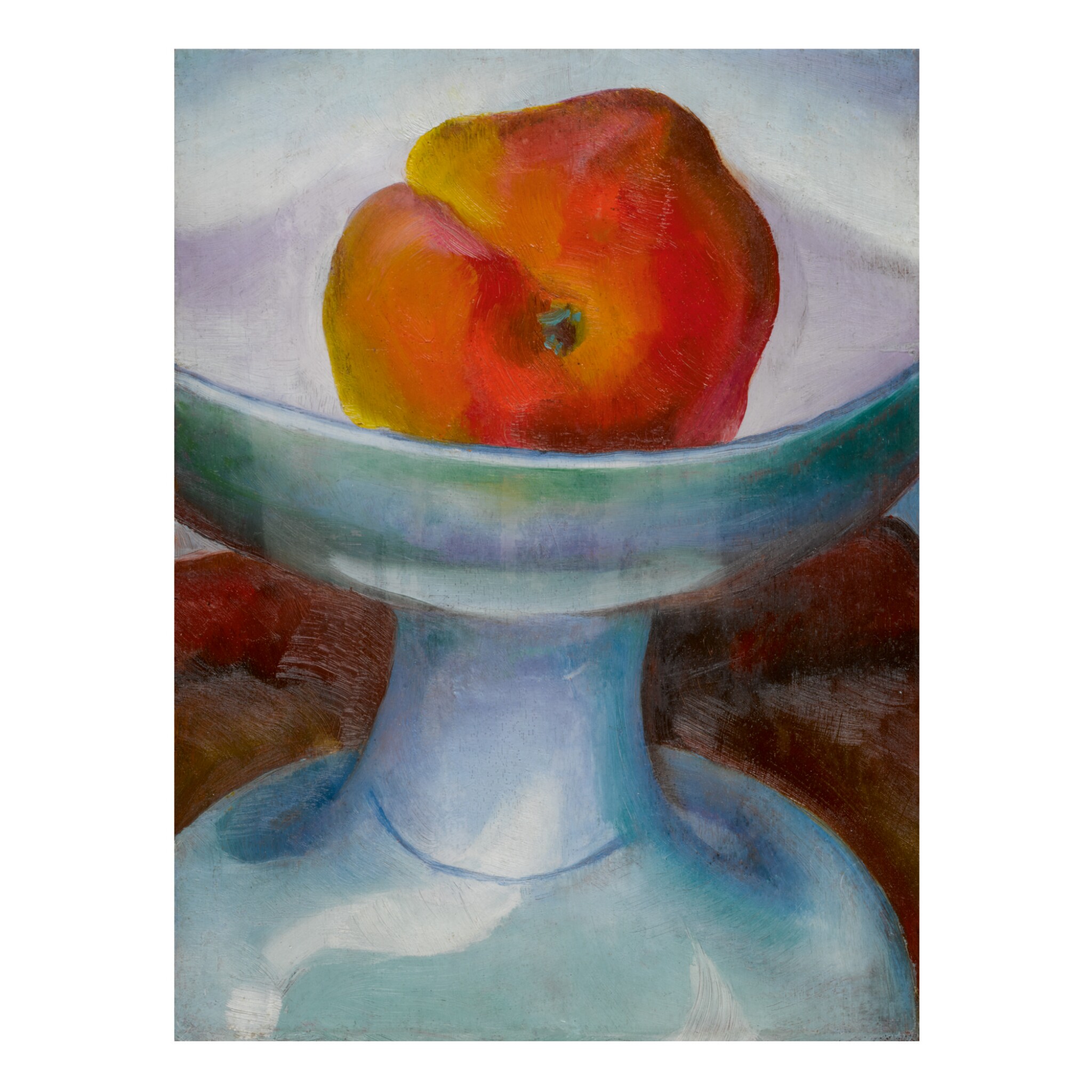 Gift to the present owner from the above, 1983

While Paul Strand’s abstract ‘straight photography’ inspired Georgia O’Keeffe’s still life paintings, her study of famous Modern painters also shaped her approach to the subject in the early 1920s. Paramount among them, Paul Cézanne, whom Alfred Stieglitz revered as a genius among the Post-Impressionist painters. Stieglitz reproduced Cézanne’s paintings in the June 1913 issue of Camera Work, alongside extensive writings about his supreme influence on Modern painting, an endorsement similar to the praise Stieglitz bestowed upon O’Keeffe during this formative period in her career.

O’Keeffe’s early work in still life is best be examined alongside Cézanne’s accomplished body of work of the same subject, their similarities with regard to artistic process were recorded by Jonathan Stuhlman who observed, “Her early self-imposed restraint to work in only charcoal [...] echoes Cézanne’s dictum that one had to be the master ‘of one’s means of expression” (Ibid., p. 25). The present work Untitled (Apple and White Dish) recalls a similar color palette and the careful construction of Cézanne’s vibrant still life paintings though now reworked in O’Keeffe’s developing compositional structure that portrayed her subjects more intimately. The apple at center of the composition is surely symbolic of autumn in Lake George where both the artist and Stieglitz split their time in 1920 when the work was believed to be painted.

On the reverse of the present work is a landscape composition painted by Alfred Stieglitz’s father, Edward, and is signed by the elder Stieglitz at lower right. By 1920 O’Keeffe had now been living with Stieglitz in New York and this recycled board that O’Keeffe repurposed to paint Untitled (Apple and White Dish) was likely a family possession of Stieglitz’s that lingered in their home.