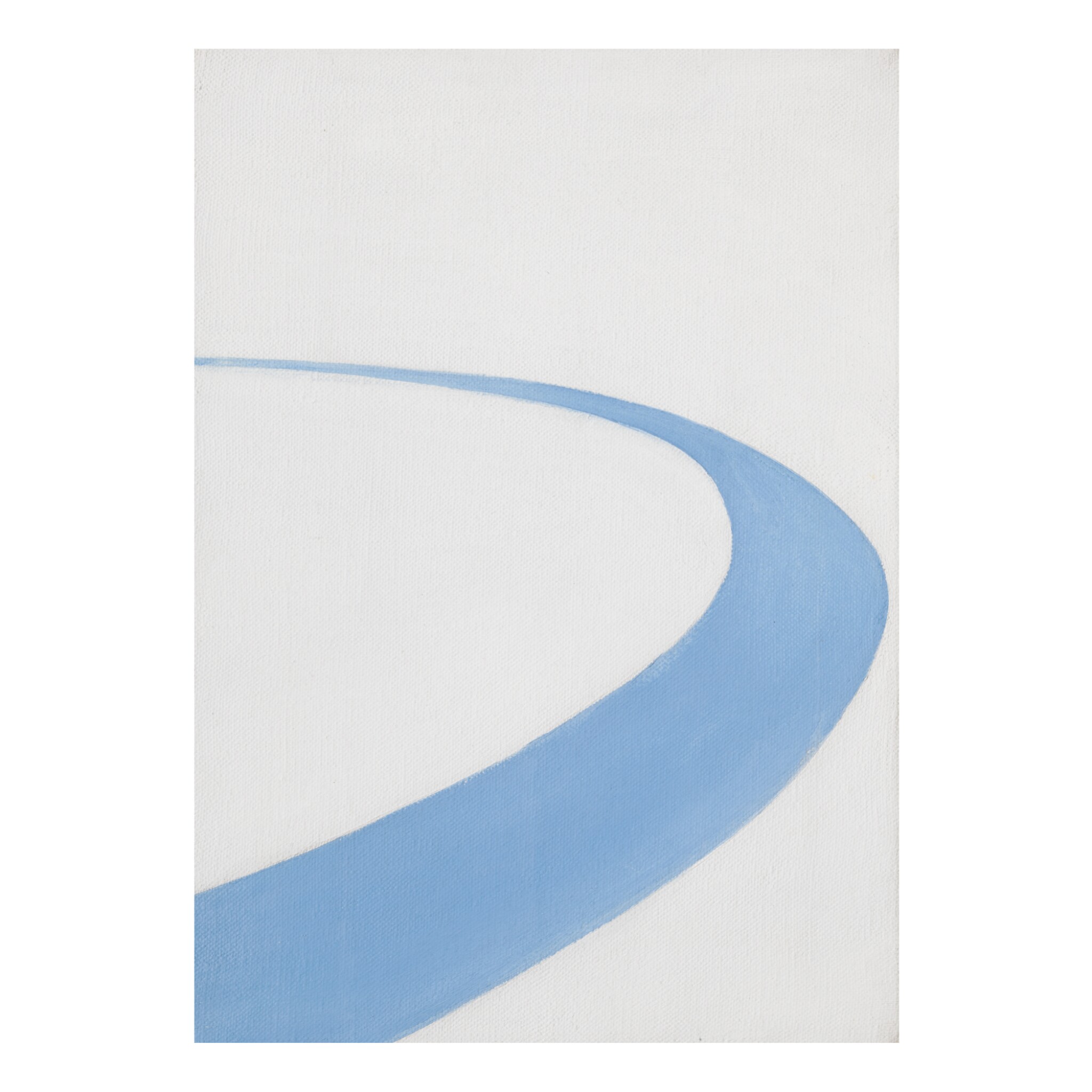 titled indistinctly Blue Road (on the backing board)

In 1959, Georgia O’Keeffe, a self-taught Japanophile, traveled to Japan for the first time, yet her interests in Japanese culture began decades earlier in the 1910s. It was at this time that she met Arthur Wesley Dow, an art educator who integrated Japanese art into the curriculum for its formal qualities of composition, spatial relations, and color theory. His principles allowed students like O’Keeffe to focus less on the objects themselves and more on the relationship amongst them or between the artist and her subject. He advocated for asymmetry and the balance of light and dark while also emphasizing flatness and the decorative aesthetics of Japanese prints to bolster his belief in abandoning all forms of pictorial imitation. Black Lines (1916) exemplifies both O’Keeffe’s understanding of these lessons as well as the deep connection she felt to Dow’s philosophy. Utilizing asymmetrical calligraphic lines in a manner similar to a Japanese calligrapher, O’Keeffe compels the viewer to focus on the power and beauty of negative space.

Painted nearly fifty years later, Blue Road explores these same formal qualities of flatness and balanced composition, now applied to capture the expansive landscape of New Mexico. Here, O’Keeffe depicts a thick blue curvaceous line that runs from the upper left of the canvas, down to the lower center, and up again to the upper right of the canvas all surrounded by stark white paint. The blue form recalls a calligraphic line but rather than communicate verbal language, it expresses the deep kinship and emotional connection O’Keeffe felt to the landscape, specifically the Chama River by Ghost Ranch. As O’Keeffe herself explained, “It is lines and color put together so that they say something. For me that is the very basis of painting. The abstracted is often the most definite form for the intangible thing in myself that I can only clarify in paint” (as quoted in Barbara Buhler Lynes and Russell Bowman, O’Keeffe’s O’Keeffes: The Artist’s Collection, New York, 2001, p. 26).