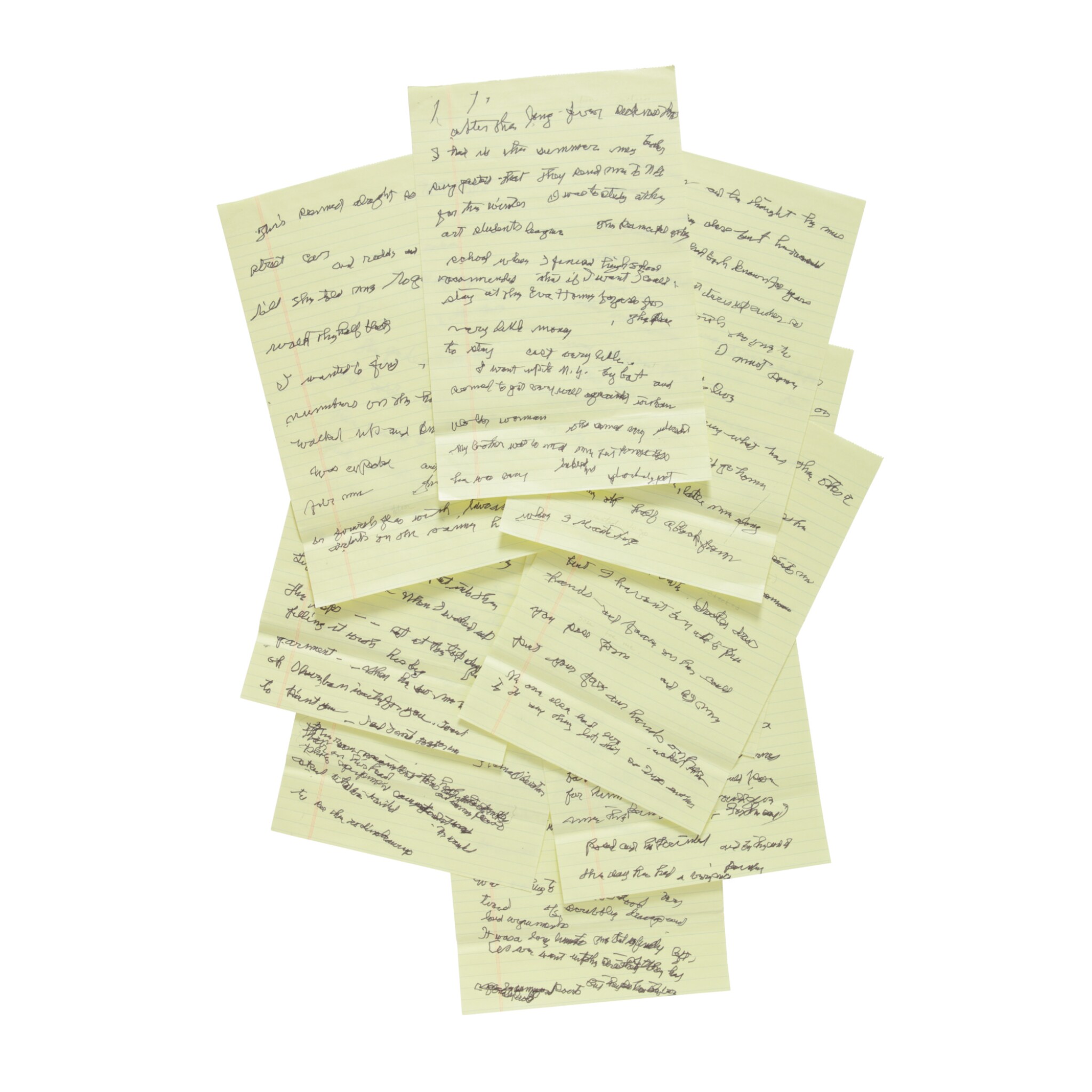 Georgia O'Keeffe's reflections on friend and collector Joseph Hirshhorn following his death. "Goodby [sic] Joey — Today they have the final rites for you — but I ought to be there but I can not — the years catch up with me and tho I hate to own up to it some things that I wish to do I have to give up."

Georgia O'Keeffe first met Joseph Hirshhorn in 1965, when he'd arranged to view a number of her works after seeing "Sky above Clouds IV" at the Rolf Nelson Gallery in Los Angeles. "He wanted to see pictures," O'Keeffe writes. "I got them from the store room and stood there around leaning on the wall of the patio — He wanted to see more and more." Hirshhorn was a successful entrepreneur and a serious collector. Indeed, in 1966, the Smithsonian established the Joseph H. Hirshhorn Museum and Sculpture Garden in Washington, D.C., after Hirschhorn had donated his collection (made up of approximately 6,000 paintings and sculptures) to the U.S. Government. Despite his considerable presence in the art world, O'Keeffe was not impressed upon their first meeting. "When he looked all around he asked the price for the lot — I said not for sale — He looked very startled and surprised and asked — Why not? My answer really surprised him when I said I don't know you and I can't give up a lot of paintings that way — his answer — Don't know me — Don't know anything about me — it seemed beyond his belief."

Despite this rocky start, O'Keeffe, Hirshhorn, and his wife, Olga, became fast friends, and frequently enjoyed one another's company over the following decades. Given the mimeographed typescripts that accompany the present manuscript, it is possible that this ode to Hirshhorn may have been intended for the follow-up to O'Keeffe's celebrated 1976 Viking Press volume, for which she was making notes.