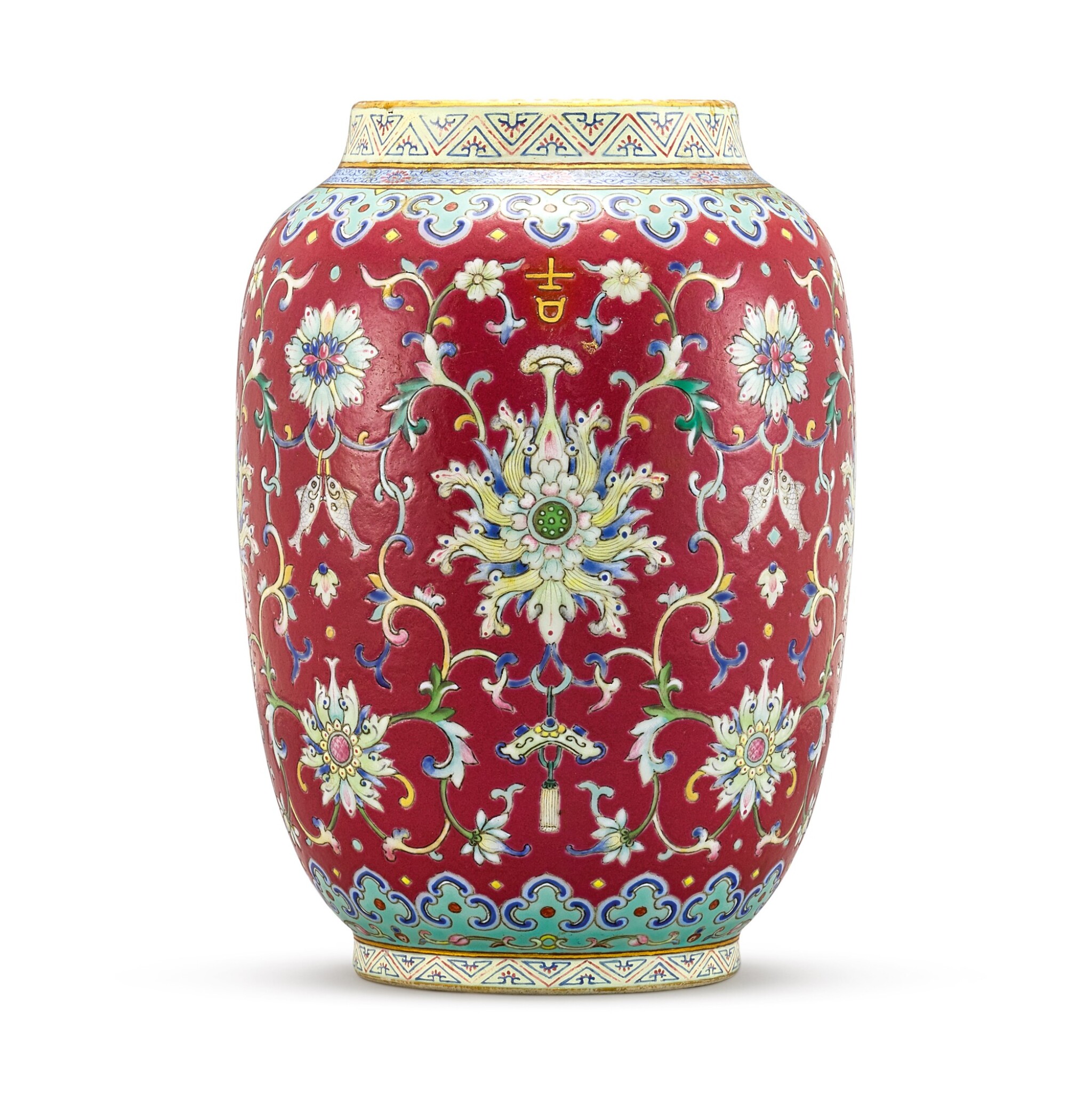 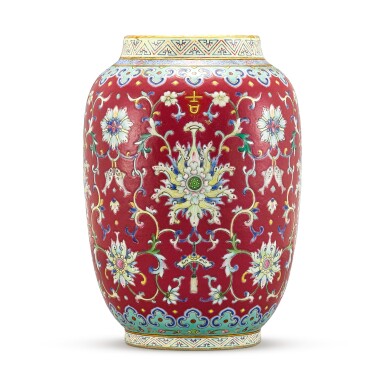 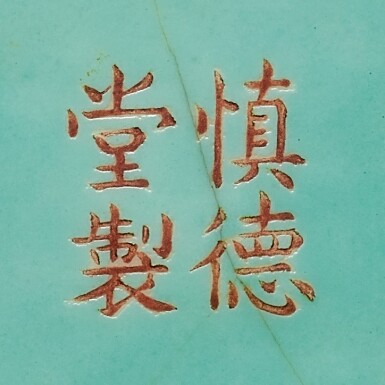 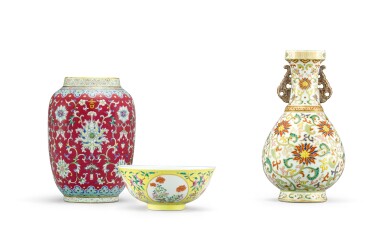 Please note your bid limit has been reached. Please reach out to the Bids Department for further information at +852 252 48121 or bids.hongkong@sothebys.com

the ovoid body rising from a slightly splayed foot to a short waisted neck, brightly enamelled with stylised lotus strapwork wreathed around ji characters and suspending precious objects including twin fish and musical chime, all reserved on a rich ruby-red ground, framed above and below with bands of ruyi heads, the neck and foot encircled by stylised chevron bands, inscribed to the turquoise base with a hallmark reading Shendetang zhi (Made for the Hall of Prudent Virtue)

There is a hairline crack running across the base with an associated prong. There is rubbing along the rim but the enamels are generally well preserved.

The Shendetang hall mark on the base refers to the residence of the Daoguang Emperor, which was completed in 1831, thus making Daoguang pieces with this mark attributable to the two decades between 1831 and 1850.

A slightly larger white-glazed ‘lantern’ vase of this form, carved with kui dragons and incised with a six-character Daoguang mark, was sold at Christie's London, 3rd November 2009, lot 273, and again in these rooms, 4th April 2012, lot 3109. Compare also a famille-rose ovoid vase with a slender neck and dragon handles, similarly decorated with auspicious emblems amidst lotus blooms against a ruby-red ground, sold in these rooms, 8th April 2007, lot 511.

The present vase is inspired by earlier vases of similar shape and famille-rose decoration on a colour-ground; see a Jiaqing yellow-ground famille-rose covered jar of this form, sold in these rooms, 8th October 2013, lot 3257.