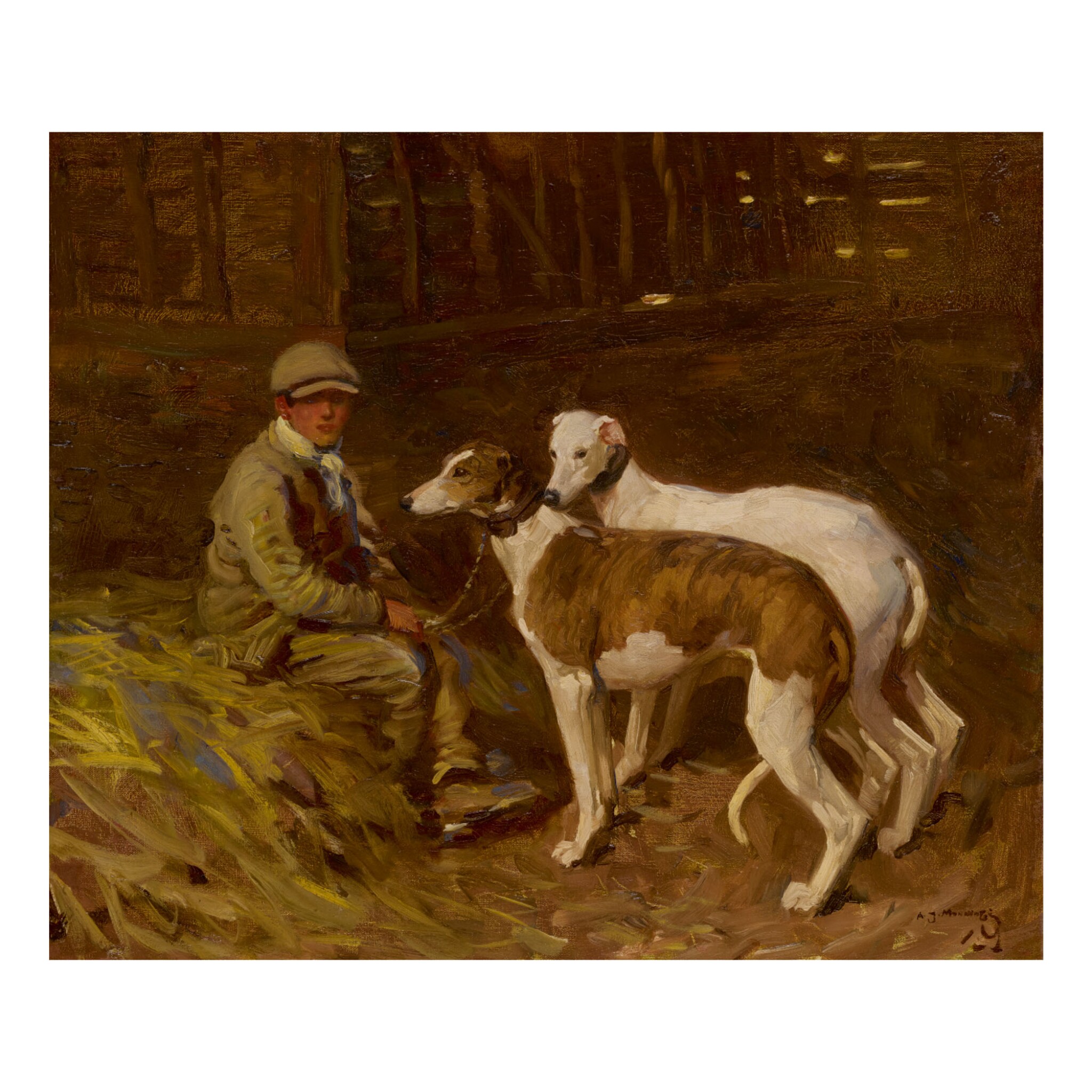 SHRIMP IN THE BARN WITH LURCHERS

Not examined out of the frame. This work is in very good overall. The canvas has a thin lining applied with a non-wax adhesive. The surface is stable and remains well textured. The only retouches are to the artist’s intentionally thin pigment beneath the dogs in the floor, in a few thin drying cracks in the upper right, the upper center and center left, and four tiny retouches on the left edge and three on the right edge. The animals and figure show no retouches. The work should be hung in its current state.

In Shrimp in the Barn with Lurchers, we find Sir Alfred Munnings favorite model Fountain George Page – known to the artist and most others as “Shrimp” due to his small stature – pensively waiting on a bale of hay with two lurchers. These large hunting hounds, the offspring of a sighthound, such as a Greyhound, and a terrier, herder or scent hound, were prized for their stealth, silence and tenacity while in the field.

When the horse dealer Drake introduced Shrimp to Munnings, the artist commented that he was “an undersized, tough, artful young brigand. He slept under the caravan with the dogs, and had no home of his own, no family ties, no parents he knew… Little did I dream that he would one day become for me an indispensable model, an inspiring rogue, and an annoying villain” (Sir Alfred Munnings, An Artist’s Life, London, 1950, p. 207). Shrimp prominently appeared in a number of Munnings' compositions from 1908 through 1912; based on Shrimp’s boyish glance, the present work can likely be dated to among the first of the series.