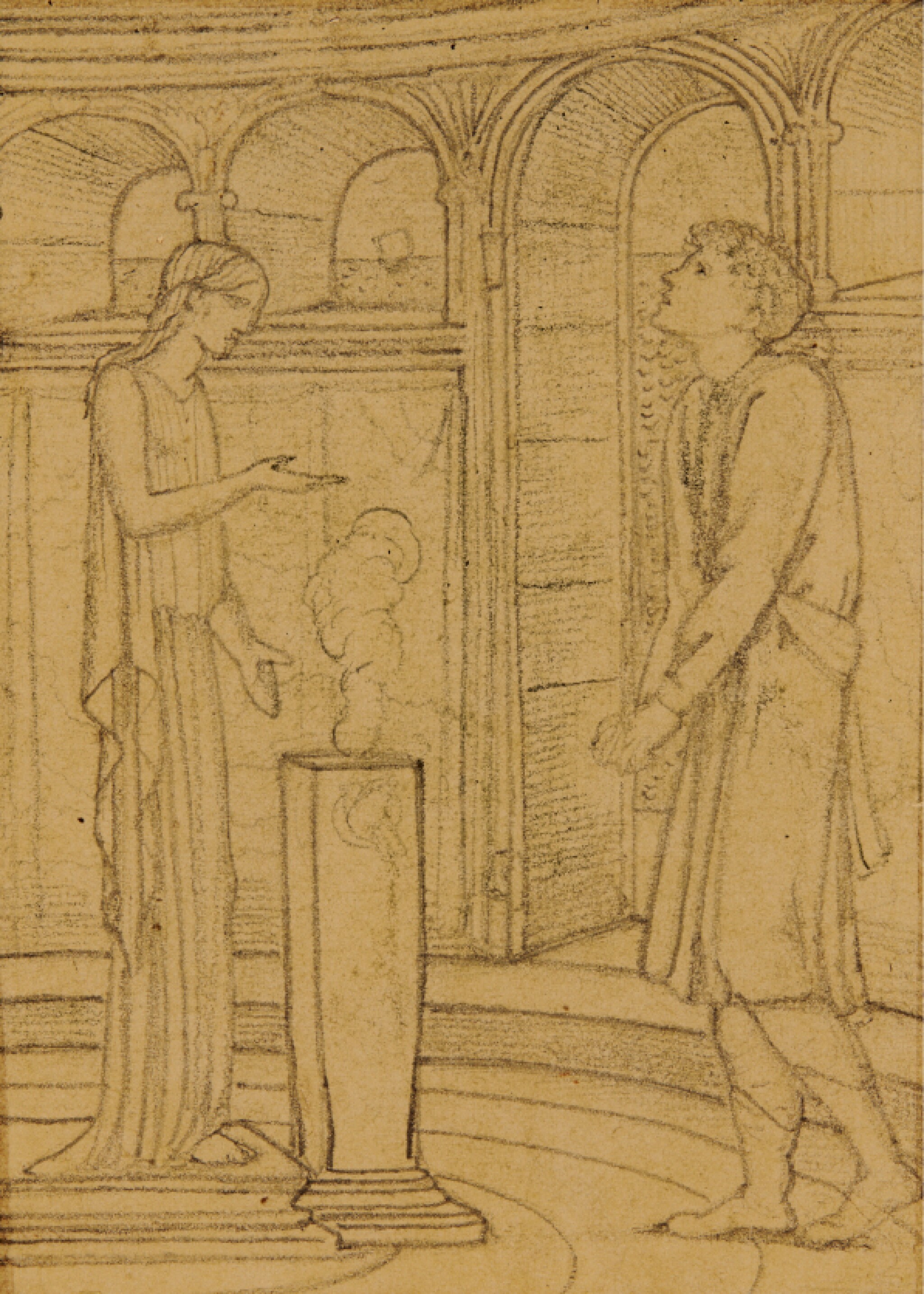 Four Studies for The Story of Psyche

The drawings are contained in clean mounts with perspex front and back to protect them - they are all contained in simple wooden frames and under glass.

Given by the artist to Charles Eliot Norton, Boston and thence by descent to his daughter Elizabeth, by whom donated to a charity auction;

These are four of forty-five designs made by Burne-Jones for wood engravings, illustrating the story of Cupid and Psyche for a lavish publication of William Morris' The Earthly Paradise, which was ultimately abandoned.

A large group of a hundred sketches and designs for The Earthly Paradise illustrations are in the collection at Birmingham City Art Gallery. Within a bound volume of eighty-six designs for episodes in the saga of Psyche is a letter from Burne-Jones’ assistant, Charles Fairfax Murray, which describes another group of drawings for the project (Ashmolean Museum, Oxford): ' A series of designs for the Story of Cupid & Psyche illustrating the 'Earthly Paradise' mounted in a volume. The drawings presented by Mr Ruskin to the Oxford University [in the collection of the Ashmolean] are on tracing paper and in every respect similar in technique to the designs for the 'Hill of Venus' and 'Pygmalion' have exhibited. Once the main comp[osition] was settled the design was forwarded and completed by successive tracings enabling the artist to correct or develop the designs with comparatively trifling labour. The process as far as we know was only used by the artist for the drawings prepared for the engravings for the Earthly Paradise and was not his usual practice.'

One of the compositions depicts the marriage of Pygmalion and Galatea in the temple of the God of Betrothal, Hymen. In the background is the winged figure of Cupid and his mother Venus who holds out the Apple of Discord awarded to her during the Judgement of Paris. The composition is identical to a later gouache painting executed by Burne-Jones in 1874.

These drawings were given to Burne-Jones' friend Charles Eliot Norton, a Harvard professor and editor of North American Review. Burne-Jones painted a beautiful portrait of his daughter Sara in 1884.