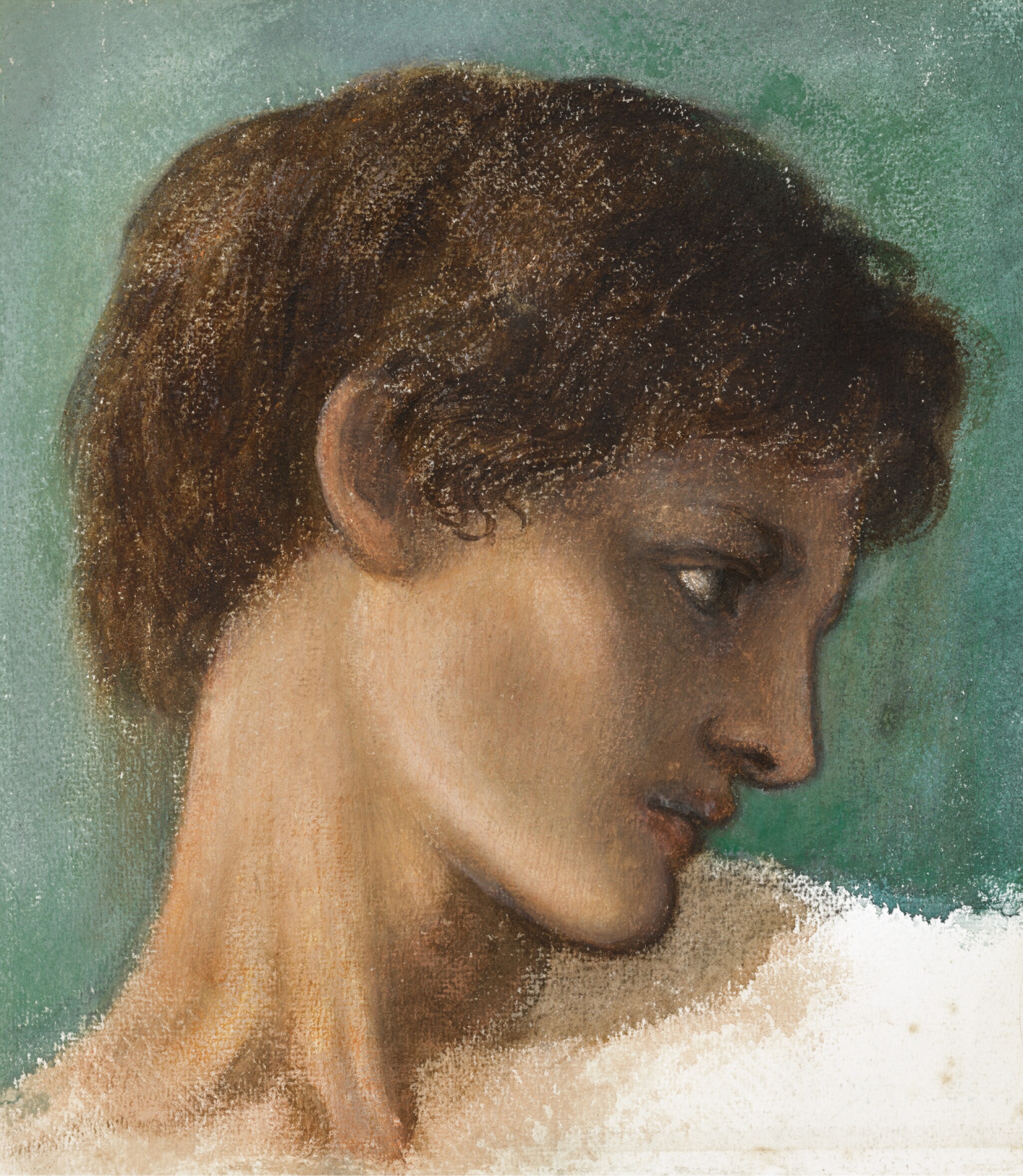 Head of a Young Man

The sheet is flat in the mount. There are a few faint foxing marks and time staining in the lower right corner and a little blooming on the mouth of the boy.

The picture is contained in a simple wooden and gilt frame with a clean mount and under glass.

Given by the artist to George Howard, 9th Earl of Carlisle and thence by descent

This striking head study appears to relate to Burne-Jones’ watercolour of 1870-3, Love Among the Ruins (Christie’s, London, 11 July 2013, lot 3), which also exists in a large oil version of 1894 (Bearstead Collection, on long-term loan to the National Trust at Wightwick Manor, Wolverhampton). The model was probably Alessandro di Marco, a former organ-grinder from Piedmont in Italy who became Burne-Jones’ favourite male model and appears in several important works by the artist. He first modelled for Frederic Leighton as a small child in Rome in 1853 for Cimabue's Madonna (Royal Collection, on long-term loan to the National Gallery, London) and seems to have made his way to the ateliers of Paris. William Blake Richmond described him as; '... a man who seemed to stride out from Signorelli's grand frescoes... a fellow so graceful and of such a colour, a kind of bronze gold, having a skin of so fine a texture that the movement of every muscle was not disguised, not a film of fat disfigured his shapely limbs. Only a peasant, people say! Yes--but of a race of Kings--so noble he looked.' (Simon Reynolds, William Blake Richmond, p.45)

This watercolour belonged to George Howard, 9th Earl of Carlisle, a close friend and patron of Burne-Jones and a talented amateur watercolour painter. He was a passionate collector of Burne-Jones’ work and lent six pictures to the memorial show at the Royal Academy in 1898, including Dies Domini, Fatima, St. Dorothea and The Annunciation.