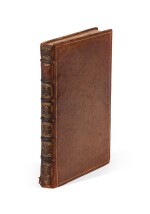 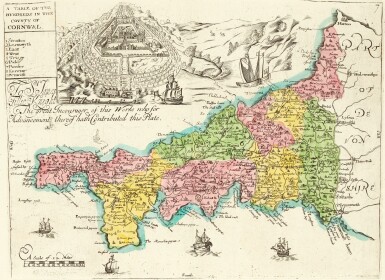 England exactly described or a guide to travellers in a compleat sett of maps of all the counties of England. London: “Printed Coloured and Sold by Tho: Taylor”, [1716], double-page engraved sheets throughout, title, 4 mileage tables, 42 maps of England, Scotland and Ireland and English counties, some signed by Wenceslaus Hollar

An attractive county atlas. The Welsh part would appear to be rare.

George Baillie (1664–1738), engraved armorial bookplate; thence by descent to the Earls of Haddington