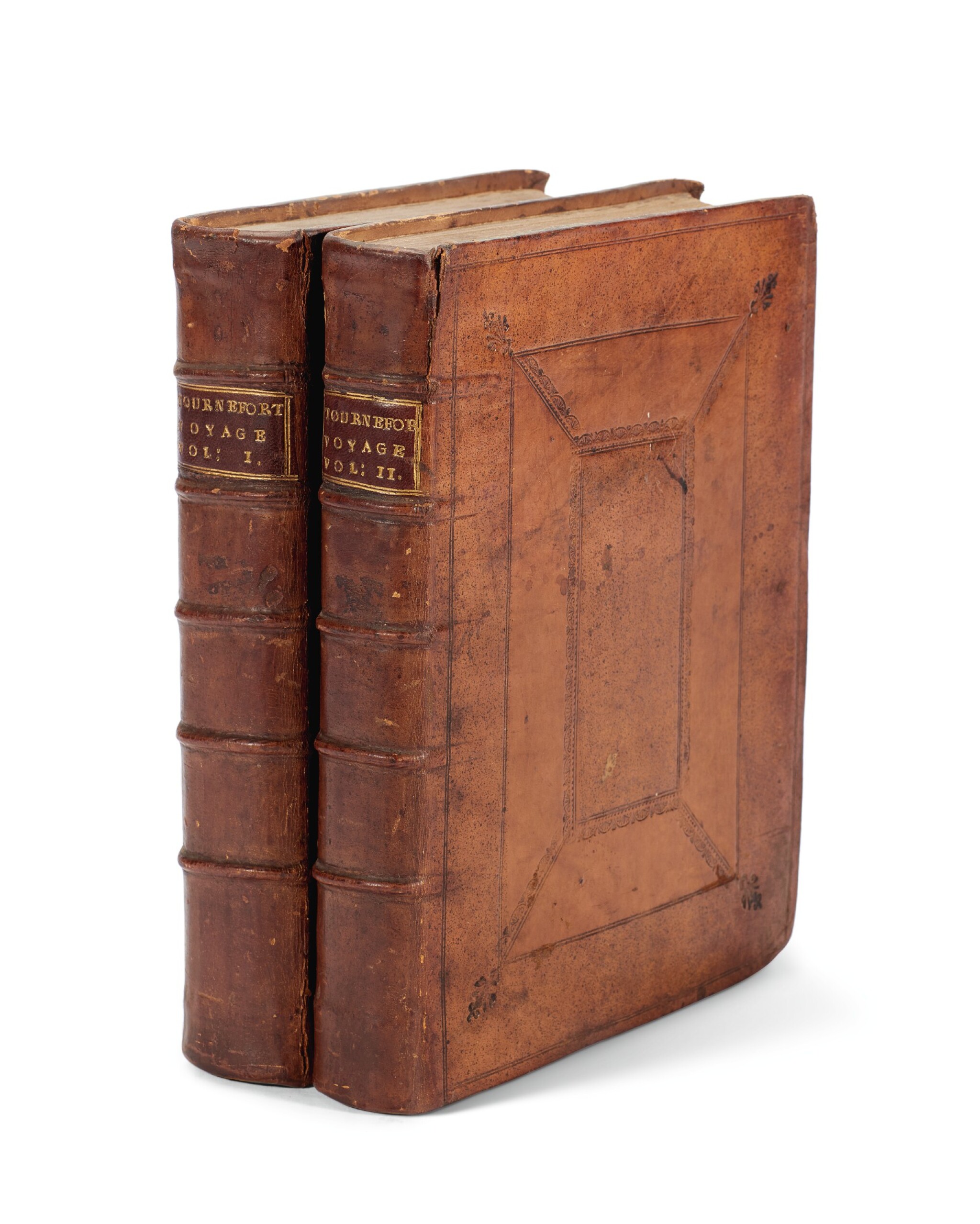 A voyage into the Levant. London: D. Browne and others, 1718

This first edition in English appeared the year after the original French publication. Tournefort was a botanist who set out for the Levant in 1700 at the behest of Louis XIV, travelling extensively in the Archipelago, visiting most of the islands in the Cyclades and many in the Northern Sporades. He spent a considerable time in Crete before going on to Constantinople and Asia Minor.