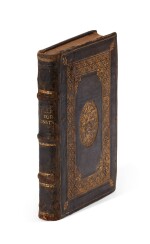 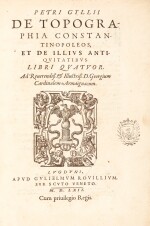 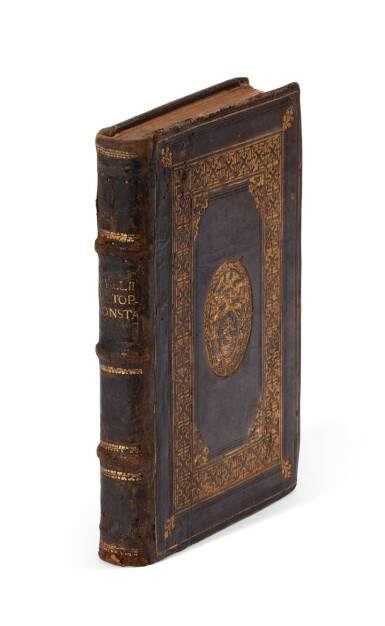 Two works on Constantinople and the Bosphorus in a fine armorial binding, comprising:

Pierre Gilles visited Constantinople in 1544 in search of Greek manuscripts, as part of the close relations between the courts of Francis I and Suleyman the Magnificent. In this work he set out to describe the antiquities of the city of Constantinople, which he saw being eroded by the current inhabitants, and this included the siting of the monuments within the topography of the city. He stated that the Byzantine city was disappearing fast, and that sometimes he even watched it happen. As such, his work forms an important source regarding monuments that no longer survive.

The second work is on the Bosphorus and the voyage of the Argonauts, and is considered the first work on the subject. Both works were published posthumously in 1561 and quickly reissued in 1562.

A binding with the identical Boncompagni armorial was on a copy of Orsini's Familiae Romanae (Rome, 1577), formerly in the Michel Wittock collection. Most of Boncompagni's books were in Roman bindings.