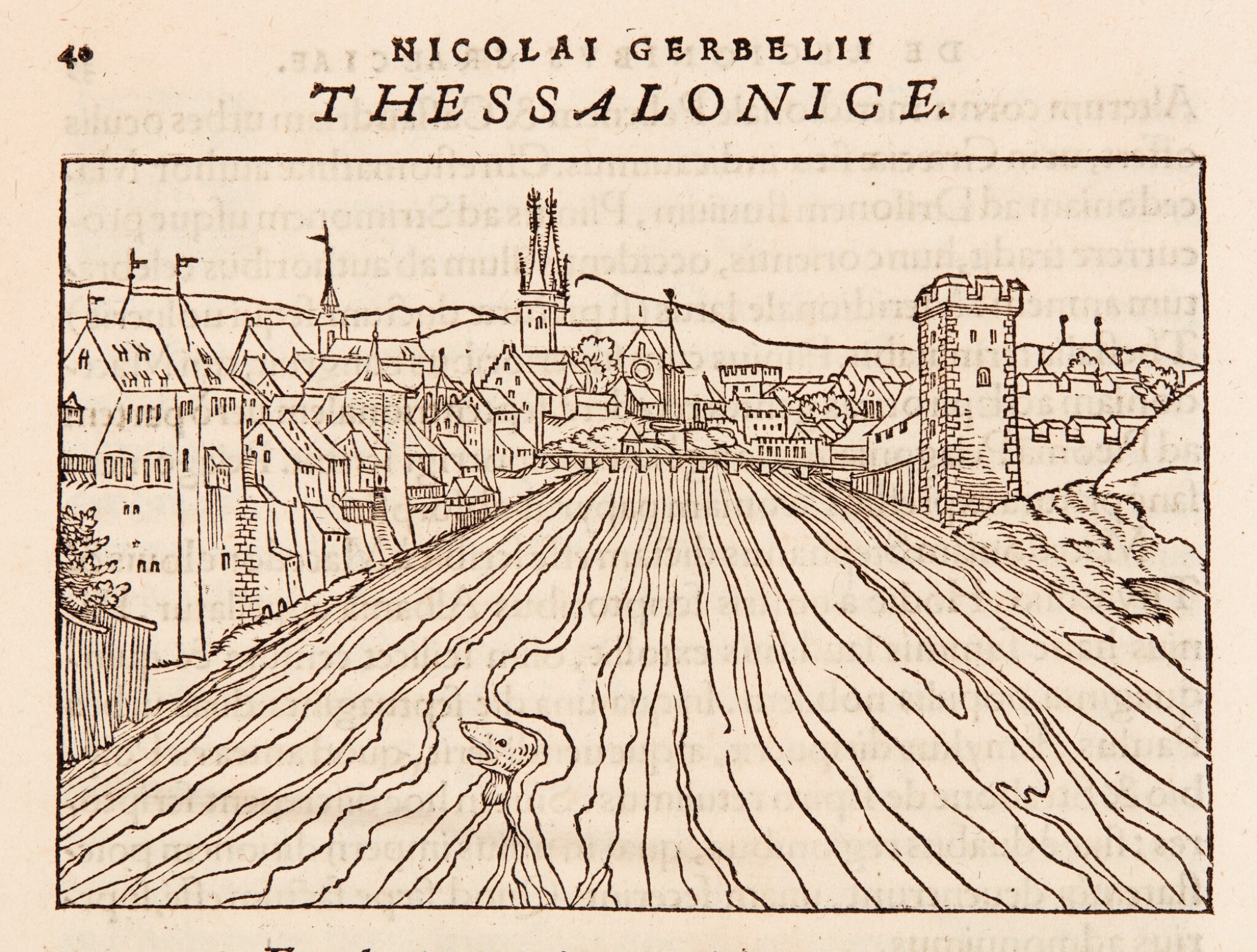 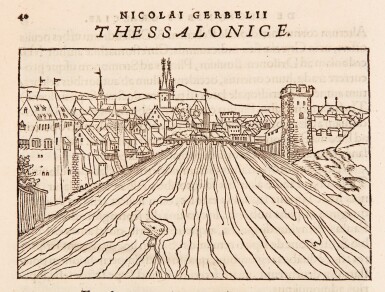 Gerbelius wrote this work to accompany the maps of Greece compiled by Nikolaos Sophianos, an emigre Corfiot who studied at the Greek Gymnasium founded by Leo X at Rome. According to Zacharakis, the map appeared in about 1536, with a second edition appearing in 1544. Neither edition has survived, being known only from the woodcut re-issue of 1601 or the engraved version of 1552. The woodcut views purport to show Greek towns and cities; they are plainly of German cities, the subjects being depicted with gothic spires and buildings.