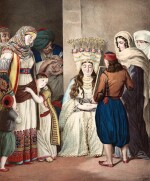 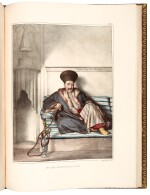 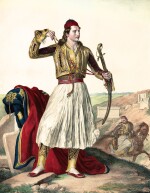 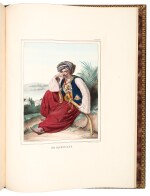 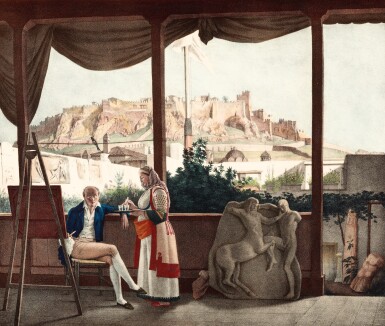 A REMARKABLY CLEAN COPY OF "PROBABLY THE MOST BEAUTIFUL [BOOK] EVER PRODUCED ON GREECE AND TURKEY" (Blackmer).

"Dupré had been established in Italy for some years when he was invited to join a group of three young Englishmen - Hyett, Hay and Vivian - on a tour of Greece and Turkey... [He] was well-received in Greek society and had contacts with Fauvel, Gropius, Maitland, etc. etc. His book, probably the most beautiful ever produced on Greece and Turkey, records his experiences mainly in portraits of the people he met, Greeks, Turks and Franks, as well as views of the major Athenian monuments of antiquity"(Blackmer).