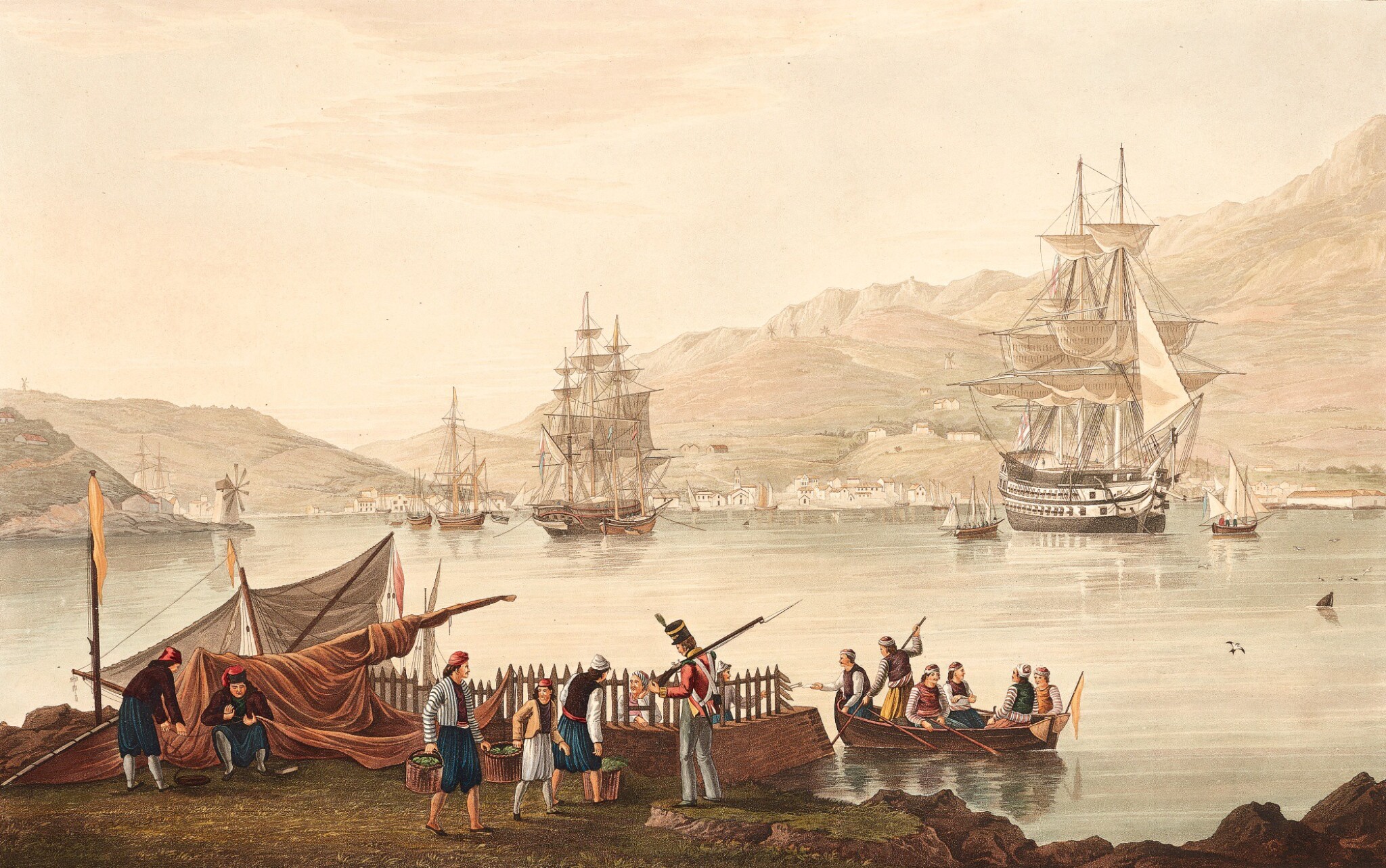 FIRST AND ONLY EDITION, large oblong folio (510 x 735mm.), dedication leaf signed by Cartwright, 12 hand-coloured aquatint plates in imitation of drawings (385 x 605mm., or the reverse), mounted on tinted card as issued, each with letterpress caption mounted on the reverse, mid-twentieth-century three-quarter burgundy morocco, without the three leaves of text called for by Abbey (apparently no title-page was issued), short split in one of the mounts, binding rubbed at edges

A FINE AND COMPLETE SET OF THIS RARE SUITE OF PLATES.

Cartwright (1789-1829), was Paymaster General of the British forces in Corfu from 1816-1820 and a noted marine artist. His long stay in the Ionian Islands and frequent visits to Greece gave him the opportunity to produce many paintings and a book of Albanian and Greek costume (also rare). These views depict the colourful society of the Islands (Greeks, Turks, Albanians and British) in their everyday occupations, on festivals and at work, and comprise:

The Town, Citadel and Harbour of Corfu from the Island of Vido; 2. The Feast of Saint Jason and Sosipatros in the Island of Corfu; 3. The Street of Vasili from the Esplanade in Corfu, with a procession of Saint Spiridione; 4. The Ferry of Perama, entrance to the Southern Passage of Corfu, and Homers Island, called 'The Ship of Ulysses'; 5. Santa Maura, from the Upper Acropolis of the Ancient City of Leucadia; 6. Sappho's Leap at Cape Ducato; 7. The Sanita, or Health Office, at Santa Maura; 8. View of the Town and Harbour of Vathi in Ithaca; 9. View of the Fountain of Arethusa and Rock Korax, in Ithaca; 10. Town and Harbour of Argostoli in Cephalonia; 11. The Piazza of Saint Mark in Zante; 12. The Town and Harbour of Zante.