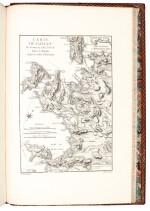 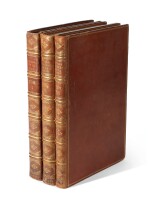 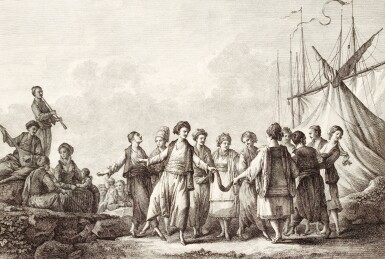 Choiseul-Gouffier travelled with the artist Jean-Baptiste Hilaire to the Levant in 1776. The author's unreserved admiration for Greece and its people, combined with the skill of Hilaire's recreation of its topography and costume was received with great enthusiasm by the French public. On its appearance in 1782 the work was so successful that in 1784 Choiseul-Gouffier was appointed ambassador to Constantinople. A second volume appeared in 1809 and a third (i.e. volume 2, part 2) was published posthumously in 1822. The work is particularly notable for its plates, including as they do fine views, architectural details, accurate maps and head and tailpieces. Despite the title there is considerable information and many illustrations of Turkey and Constantinople.