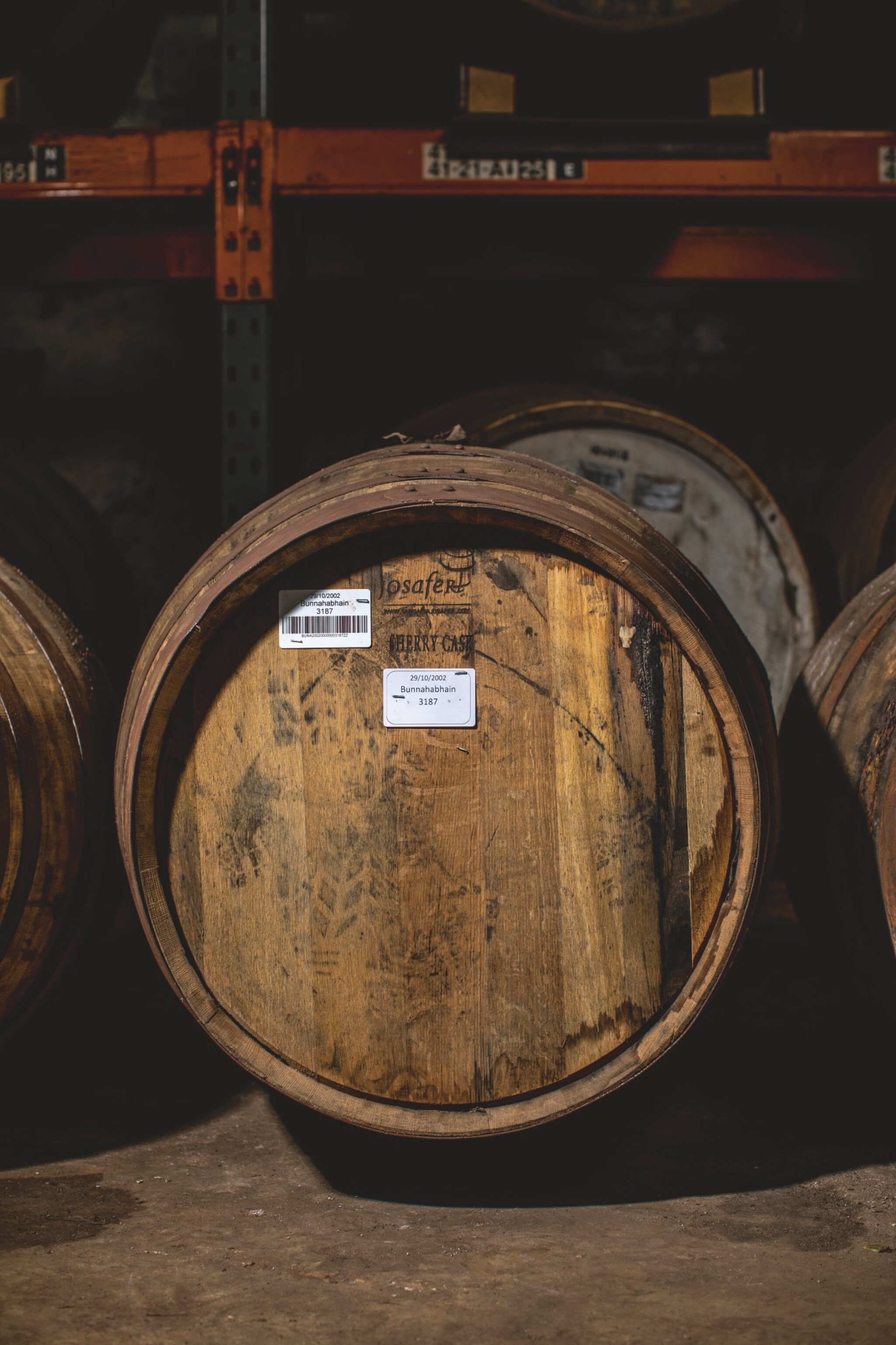 LYING AT WHISKYBROKER LTD, SCOTLAND Offered In Bond only

If the colour doesn’t give it away, the nose will. This is a bona fide sherry bomb that is still developing in colour and intensity. On the nose, dried fruit notes prevail. Raisins with a hint of rubber plantation. The inside of an empty cardboard box of Sun Maid raisins. Some freshness of ripe nectarines balances the rich dried fruit aromas, then it’s straight into the German Christmas market with cinnamon Pfeffernusse, Lebkuchengewürz and some pine needles finished off with a Terry’s Chocolate orange.

Beautifully mouthcoating and with some heat – there’s plenty of life in this whisky yet. The profound sherry cask influence is still very apparent on the palate. Cinnamon, nutmeg, raisins and black treacle all play their part then slowly fade in a medium to long finish.

The vintage of this Bunnahabhain cask is 2002, which was not noted in the lot description of the printed catalogue.