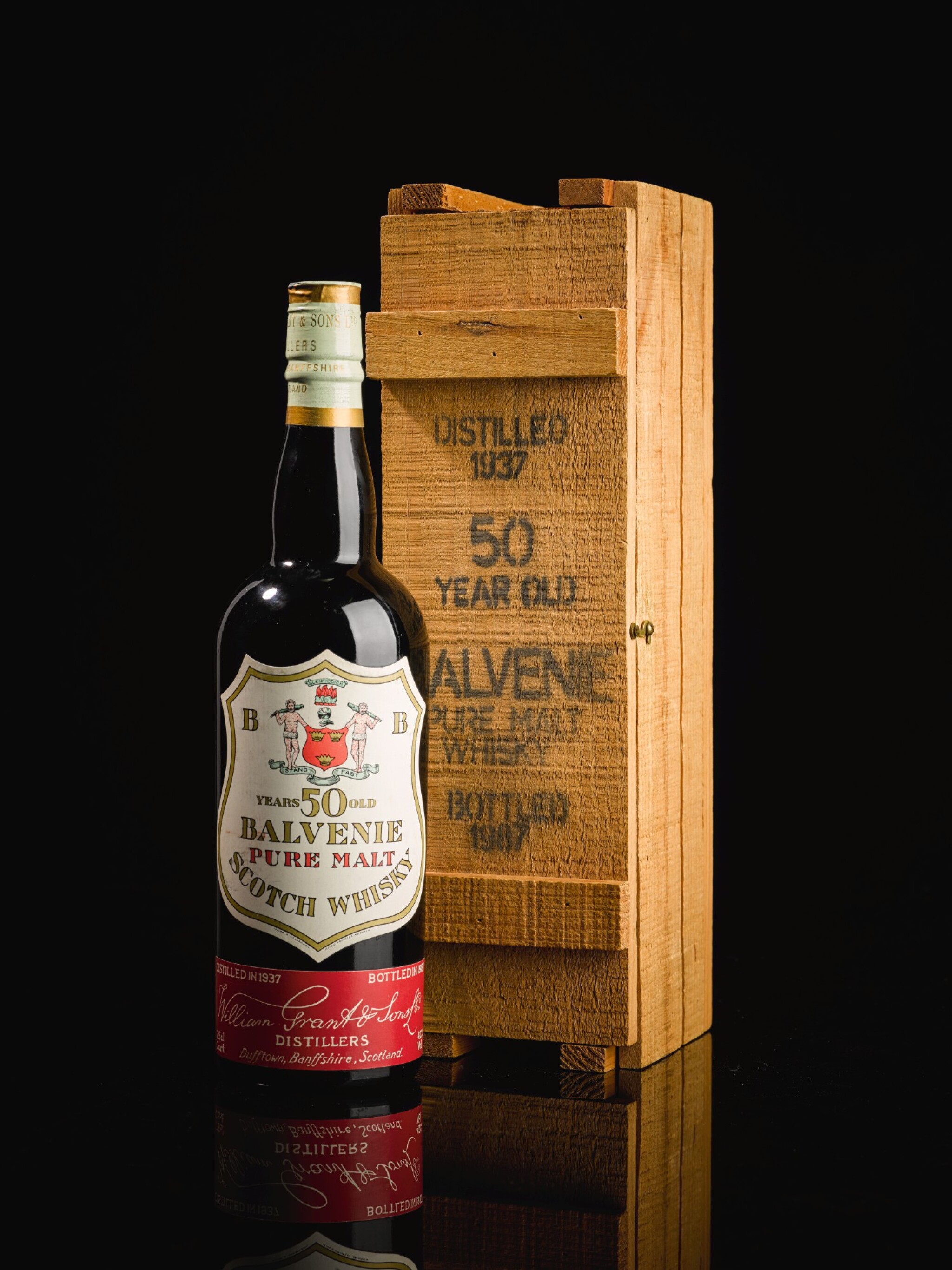 Bottled by William Grant in 1987, this limited release of only 500 bottles was purchased in its entirety by the Milroy brothers. Despite Balvenie not being a particularly well recognised distillery at the time, the quality of this release spoke for itself, and the Milroys managed to sell every bottle with little effort. There are now only a few left in existence.