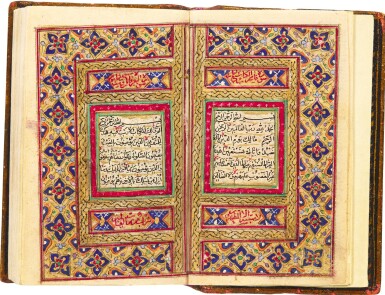 The margins clean, minor stains and rubbing, some crackeleure to the binding, the lid of the box missing, as viewed.