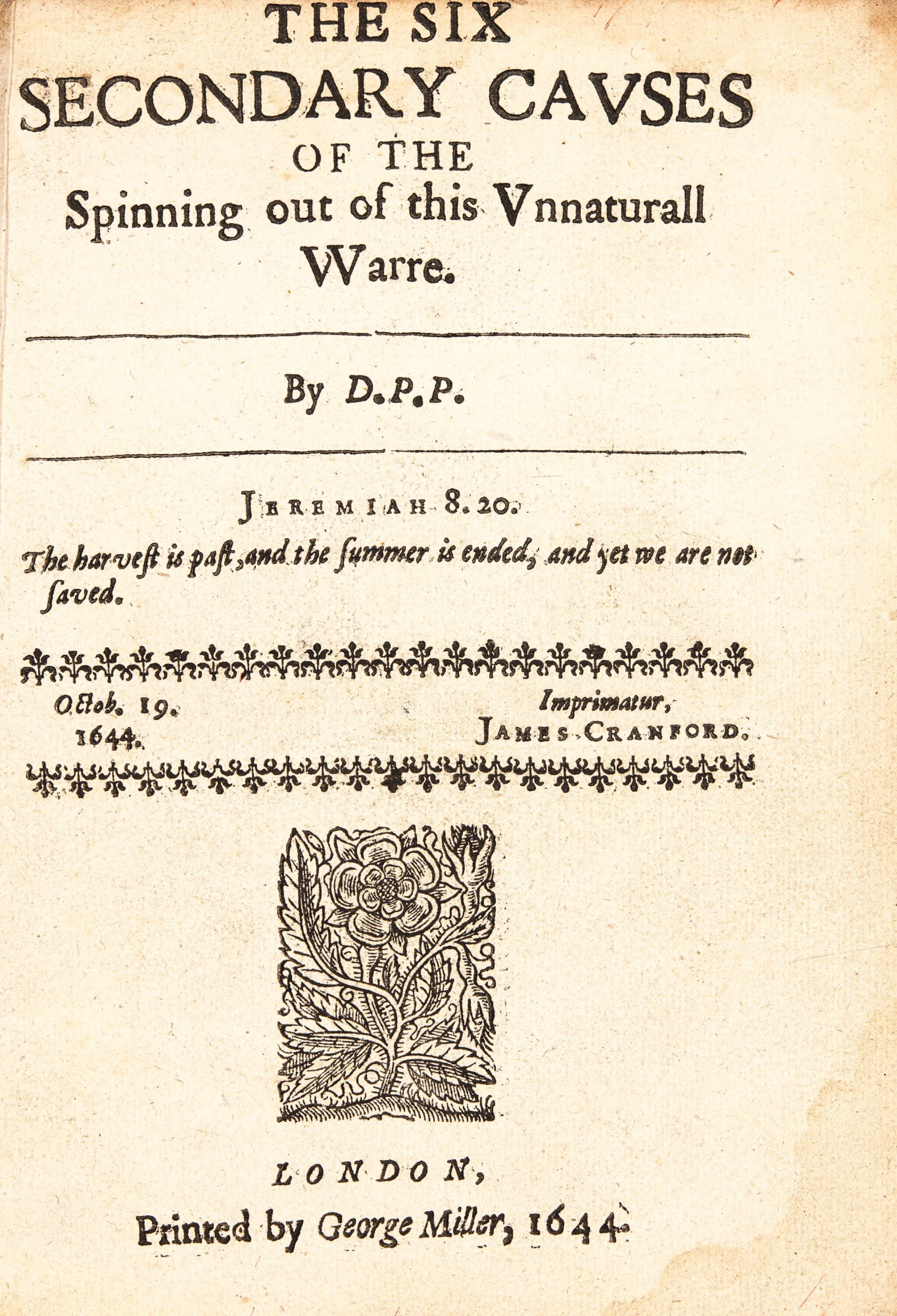 A collection of three tracts relating to the English Civil War, two printed and one manuscript, in one volume, comprising:

ii. "D.P.G.". "The necessity Of the new moulding of our Methode of warre as well as of our Armies, And of the Reunion of both the Honourable Houses of Parliament into one, Confirmed by the Authority of the best, ancient and Moderne Commanders & Politicians", manuscript in English, in a single scribal hand, in two chapters with a preface ("To the Reader", signed "D.P."), 53 pages, c.1644-45

It is likely that all three of these tracts were written by David Papillon (1581–1659), architect and military engineer. Papillon was born in Dijon and brought up in the French Huguenot community in London. He had a successful career as an architect and speculator in London housing developments, which enabled him to acquire a country estate at Lubenham, Leicestershire, in the 1620s, where he built a curious octagonal house which he named after himself. Following the outbreak of Civil War he took on a new career designing fortifications, working on the defence of Parliamentary strongholds including Leicester, Gloucester, and Northampton, through the methods outlined in A Practicall Abstract. Papillon's interests as an author ranged well beyond his professional activities. He wrote The Vanity of the Lives and Passions of Men (1651), as well as a manuscript treatise entitled Several Political and Military Observations (c.1647-48), which covered similar subjects to the first two tracts in the current volume (see A. Papillon, Memoirs of Thomas Papillon (1902), pp.7-8). At the back of this volume is a list of titles, all apparently by Papillon. The list begins with the three works found here, which are followed by six others (two printed and four noted as being in manuscript).