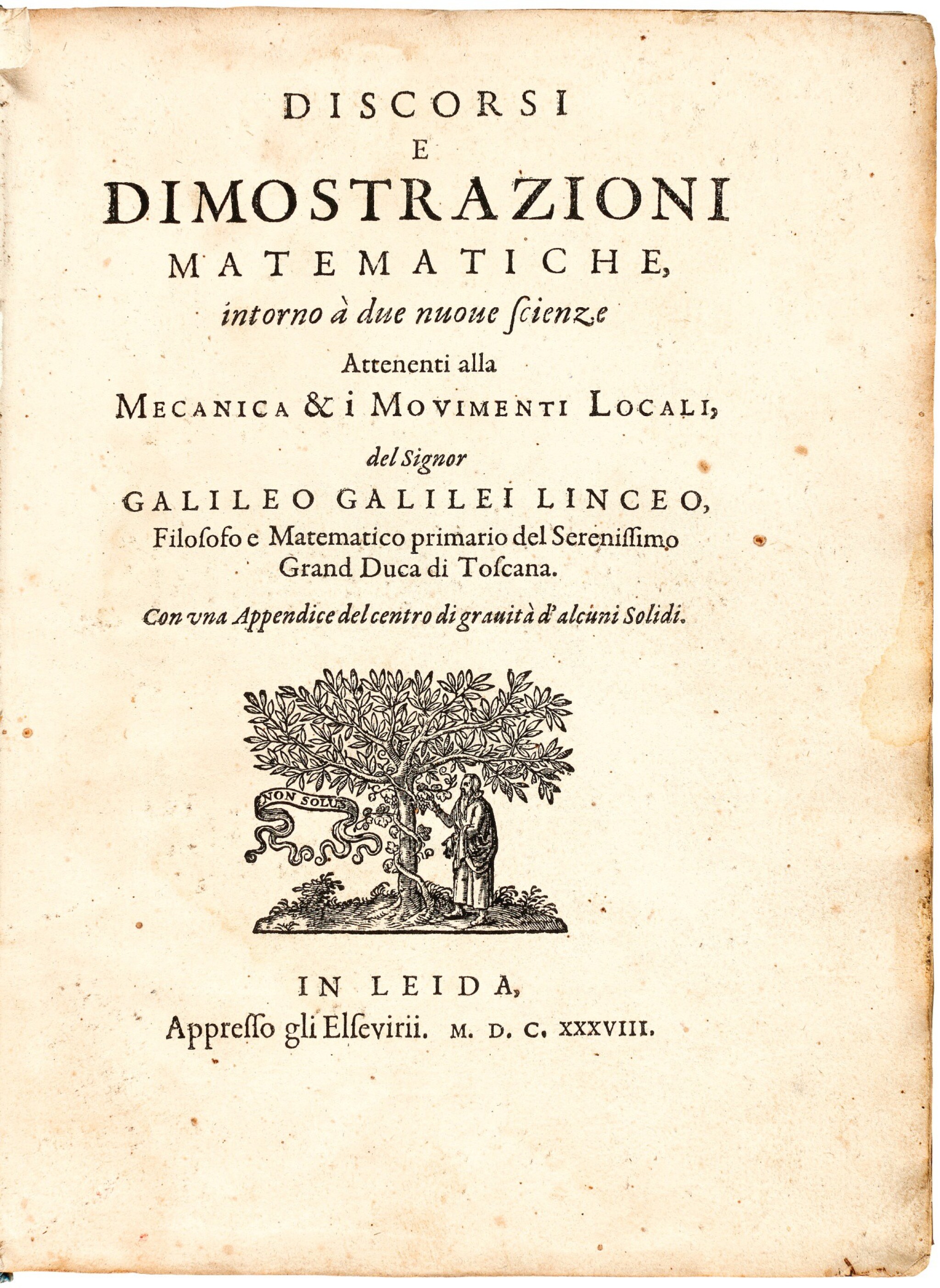 FIRST EDITION OF GALILEO’S FINAL YET MOST IMPORTANT MATHEMATICAL WORK. Widely considered the first modern textbook of physics, the "two new sciences" were "the engineering science of strength of materials and the mathematical science of kinematics. The first, as Galileo presents it, is founded on the law of the lever; breaking strength is treated as a branch of statics. The second has its basis in the assumption of uniformity and simplicity in nature, complemented by certain dynamic assumptions" (DSB V, p.245).

As with his other major works, this is in the form of a dialogue between the characters Salviati, Sagredo and Simplicio, who had also appeared in his troublesome Dialogue concerning the two chief world systems of 1632. This dialogue takes place over four days, each day addressing an area of physics. The fourth day discusses the motion of projectiles, forming a basis for early military engineering; Galileo made use of Tartaglia's work on trajectories and in this work he demonstrated their parabolic trajectories.

After Galileo's troubles with the papal authorities in Italy because of his earlier Dialogo, he arranged for this work to be published in a state where the ban on publishing his works was of little import.

R. Mazzocchi, Facere bibliothecam in domo, la biblioteca del cardinale Carlo Camillo II Massimo (Verona, 2008), lists a copy in the Massimo library, no. 1016, which is now in the Fondo Massimo of the Biblioteca Angelica in Rome; it is possible that the Cottesloe copy was sold as a duplicate at some point.