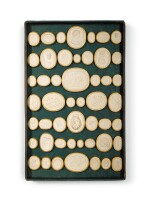 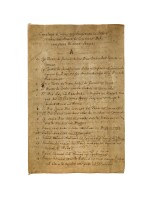 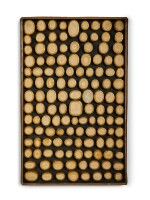 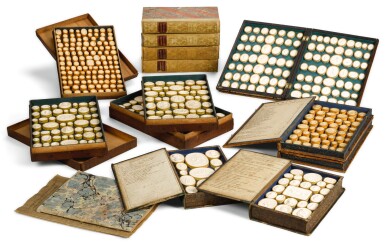 - 'One Hundred Proofs from Gems Engraved in England by E. Burch R.A' dated 1795 with the accompanying catalogue, held together in a double sided faux-book box.

Very decorative. Some cases in good order some very distressed. Cases with wear. Evidence of old worm to the binding of one. Some casts in very good condition. Some with ingrained dirt. Losses and loose intaglio which would benefit from attention. Additional images available on request.