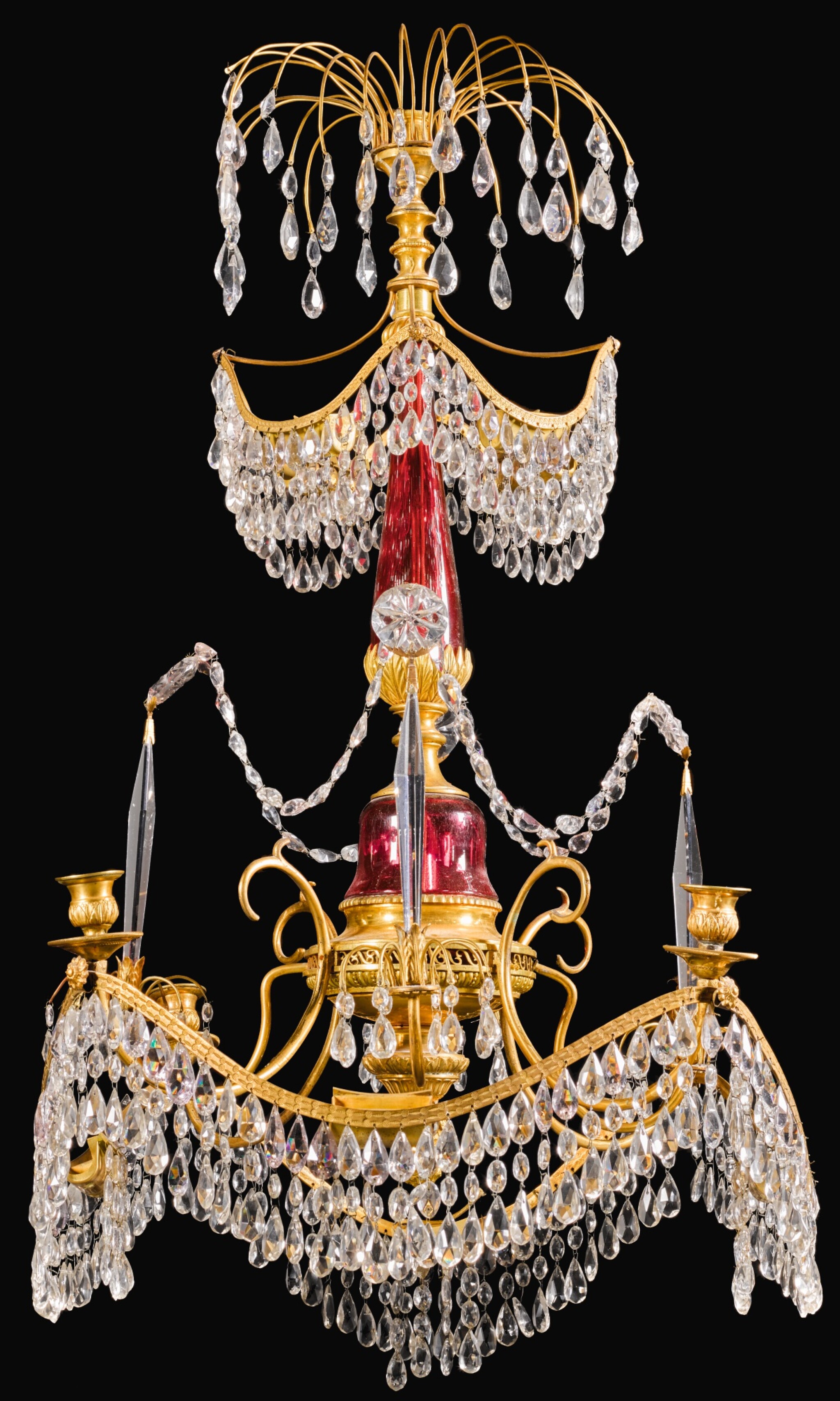 In overall good condition. Four glass medallions tilting, however securely placed. Gilt-bronze and glass with very minor old marks and scratches consistent with age and use. One branch leaning to left side. Formerly fitted for electricity.

Formerly in the Rostropovich-Vishnevskaya collection;

In the late 18th century, German born Johann Zech was called from Bohemia by Catherine the Great to work in Russia and open multiple workshops in St Petersburg. His workshops were responsible for the production of nearly all the chandeliers made for the Imperial Palaces, with multiple of his works adorning the Yusupov, Pavlosk, Mikhailov and Ostankino Palaces.

Zech's chandeliers not only functioned as a source of light, but were also regarded as works of art by foreign visitors, since his unique technique combining an overall light construction and the use of bright colours contrasting with the cut-crystal was highly admired. His chandeliers were decorative pieces on their own, adding both brightness and colour to the richest interiors. Related examples for the present lot have been sold at Sotheby's London, 11 December 2002, lot 107 (£29,875) and Sotheby's Amsterdam, 17 September 2007, lot 651 (41,050€).