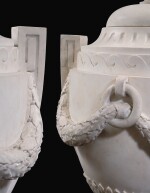 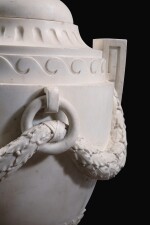 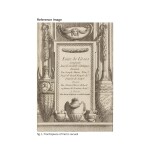 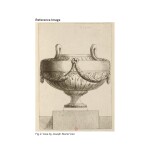 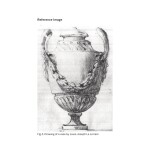 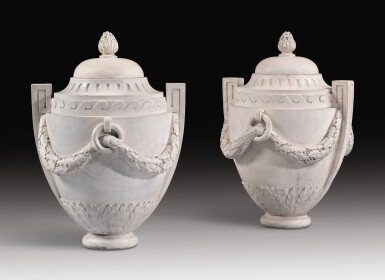 of ovoid shape with acanthus frieze to lower section, laurel garlands held by ring and the Greek key handles below a Vitruvian scroll frieze, the fluted neck supporting a plain cover with finial

These wonderful vases are in very good condition. They have minor marks and scratches and minor chipping consistent with age and use. Vase A has chips to the back garland and its ring has been restored, the right handside handle has a loss to the back lower side - these are not noticeable if positioned the right way. The surface has a matte wax polish which has gone yellower in one of the lids. These are very elegant and ready to be placed.

These impressive vases designed in the so called “goût grec” reflect the fascinating moment in French Decorative Arts when ancient historic forms emulating Antiquity became the latest fashion. The "goût grec" was an avant-garde and short-lived movement in the beginnings of the Neoclassical period, spearheaded by sophisticated Parisian tastemakers such as Ange-Laurent de La Live de Jully and the Comte de Caylus.

In opposition to the rococo style identified by curvilinear and asymmetrical designs, this revival of classical standards and motifs led to a concept of grandeur and simplicity. Architects, painters and sculptors adopted a spare and rectilinear style based on ancient architectural ornamentation and so employed basic embellishments such as antique bands, for example the wave scroll or the egg and dart frieze, garlands and other leaf motifs, as seen with the present lot.

Since Antiquity, the form of the vases had always been a noble and appropriate element to incorporate into the decorations of interiors, hence designing and creating vases became a traditional rite of passage for neoclassical architects, porcelain makers, and sculptors in the attempt to show their technical mastery and artistic legacy. Engravings depicting vases were used extensively throughout the 18th century to diffuse an artist's designs, also enabling other designers and craftsmen to take inspiration from these designs and execute them in their chosen material. Many artists such as Jean-Charles Delafosse, Ennemond Alexandre Petitot, Jean-François de Neufforge participated to this new mania and in fact excelled at designing neoclassical vases. Upon a close examination of these drawings, the vases depicted often transcend their mere functionality and become works of art on their own.

Two drawings dated from the 1760s are of particular interest to us here. One by the hand of Louis-Joseph Le Lorrain (1715-1750) (fig.3), who was instrumental in developing the neoclassical style in France as he famously designed the iconic suite of goût grec furniture for Lalive de Jully in 1756-8, now in the Musée Condé, Chantilly. But a closer comparison is undoubtedly the frontispiece (fig.1) of Joseph-Marie Vien’s Suite de Vases Composée dans le Goût de L’Antique (1760), a publication where a similar ovoid shaped vase takes the centre of the frontispiece. Other ornamental elements seen in this and other plates reinforce the link to the painter and designer – the bold laurel garlands, the same type of holding rings (fig.2), Vitruvian scrolls, or the same low neck with flutes. It is Vien’s restrained but ornamentally bold interpretation of Classic models, without the fantasy of peers such as Delafosse, that make a connection of the present vases to his oeuvre so blatant.