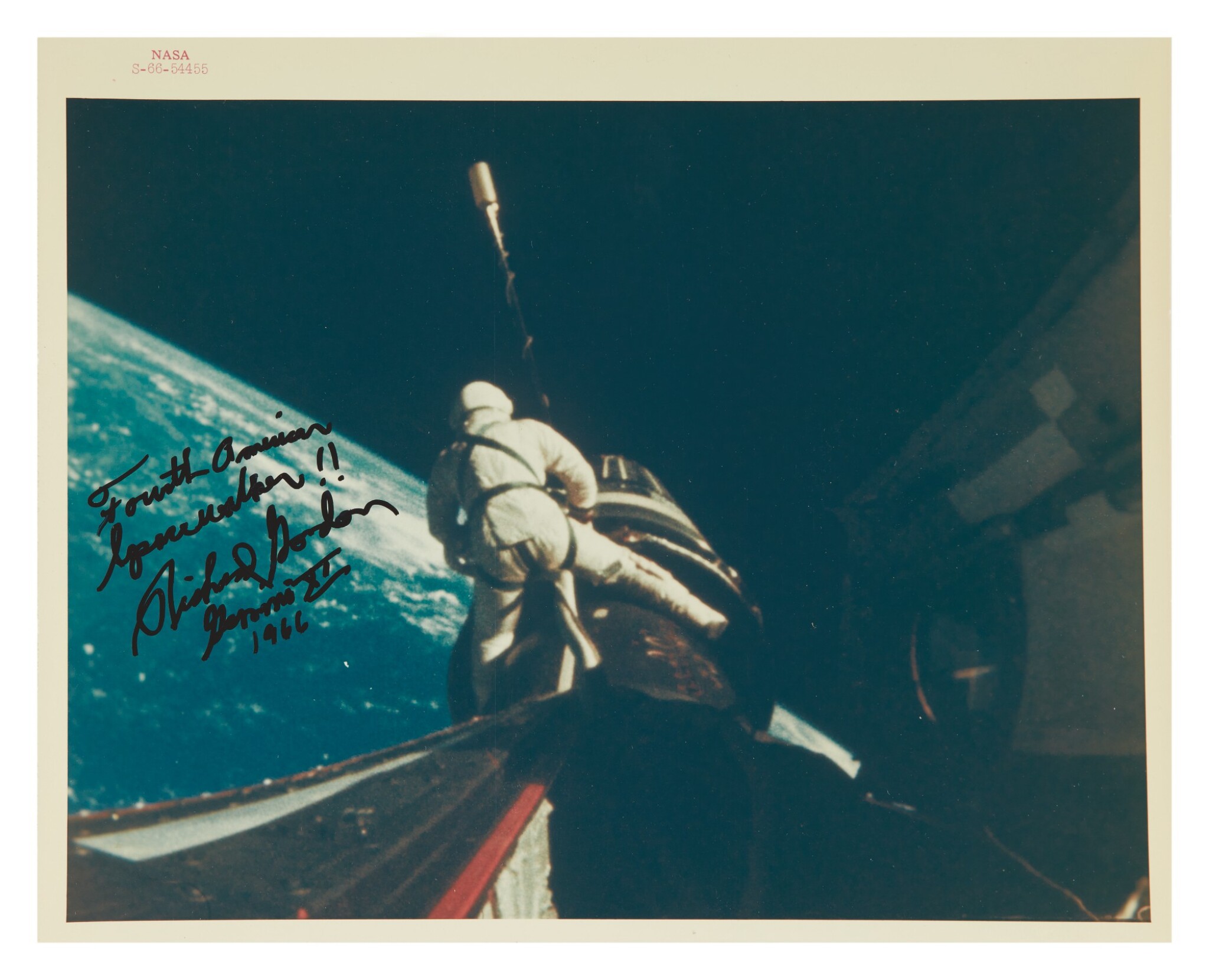 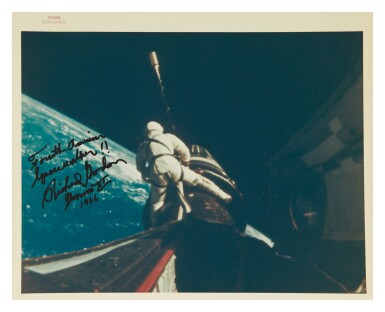 A remarkable image of Gemini XI Pilot Richard "Dick" Gordon attaching a tether line from his spacecraft to the Agena Target Docking Vehicle (ATDV) during a spacewalk. This view was taken while approximately 160 miles above earth, and over the Atlantic Ocean. During this mission, Gordon and Command Pilot Charles "Pete" Conrad set a new altitude record of 750 miles.